Under the dogma of classic physiology, the nervous and immune systems are separate entities that function independently to regulate disparate functions of the body. Yet, recent studies have hinted at an intricate interplay between the two.

Now, researchers have uncovered what appears to be the latest evidence—a network of direct cellular interactions between the two systems.

In a study in mice, scientists have uncovered that pain-sensing neurons surround the lymph nodes and appear to modulate the activity of these small organs that play a key role in the immune system.

The study adds to a growing body of evidence demonstrating the close links between nerve signaling and immunity. Furthermore, the work pinpoints the class of cells that mediate the crosstalk between the nervous and immune systems and, in doing so, paves the way for more research on how the nervous system regulates immune responses, for example, during infection.

“Our observations demonstrate how closely intertwined the nervous and immune systems are, but perhaps more importantly, this work tells us that in the setting of disease it may be possible to modulate one system to affect the function of the other,” said study co-senior author Ulrich von Andrian, the Edward Mallinckrodt Jr. Professor of Immunopathology in the Blavatnik Institute at HMS and a steering committee member at the Ragon.

“Once you begin to understand how these systems are structured and what are the mechanisms by which they perform their biological handshakes, it really opens up some tremendous opportunities to think about how to rationally modulate those interactions as a possible therapeutic strategy,” said Alex Shalek, co-senior author of the study, an HMS member of the Harvard-MIT Health Sciences and Technology faculty, Broad institute member and Ragon member.

Siyi Huang, a postdoctoral fellow in von Andrian’s lab, and Carly Ziegler, a graduate student in the Shalek lab, are co-first authors of the paper.

To map the connections between neurons, immune and other types of cells within lymph nodes, the researchers used a range of cutting-edge methods: single-cell RNA sequencing analysis; optogenetics, a technique that uses light and genetic modification to map and control the activity of neurons; and retrograde tracing, which involves the retracing of neural connections from the spot where they end to their point of origin.

They found that sensory neurons that originate in regions adjacent to the spinal cord called the dorsal root ganglion formed a mesh that innervated, or made connections, throughout the periphery of the lymph node.

Out of the thousands of sensory cells in the dorsal root ganglion, the group identified only a handful that contribute to this coupling in a single lymph node.

“We found the 20 or so needles in a haystack that are innervating a lymph node,” said Ziegler, an MD/PhD student in the Harvard-MIT Health Sciences and Technology program. “Identifying and picking out that specific cell body in a diverse set of neurons was really challenging.”

By using single-cell RNA sequencing to analyze the gene expression of these sensory cells, the team discovered that the cells were mainly pain-sensing neurons. Further analysis revealed that these neurons were highly diverse in the genes they expressed, and that they expressed different synaptic proteins and cell surface molecules than sensory neurons that innervate the skin, suggesting different modes of cell-to-cell communication.

To confirm whether the neurons were interacting with the lymph node, the researchers induced immune responses in the mice and found that the pain-sensing neurons responded by increasing their density within the enlarging lymph node. This suggests that the sensory neurons can sense and effectively respond to changes in the lymph node.

The scientists also found that this communication was two-way: the neurons themselves can modulate cells in the lymph node. The researchers used optogenetics to activate these neurons and observed gene expression changes in specific cells of the lymph node, including endothelial cells.

The finding indicates that these neurons are not mere spectators.

“We found that they actually can change a lot of the local environment of the lymph node and seem to be specifically influencing particular cells and structures,” said Ziegler.

The researchers are continuing to learn more about the role of these neurons in the lymph nodes, such as which mechanisms they are using to interact with the lymph nodes, whether and how they are modulating specific parts of the immune system, and what happens if these cellular circuits are lacking or dysfunctional.

The study also provides a framework for researchers to dissect the connections between other systems in the body.

“We're starting to figure out how to put together toolkits that come from multiple fields,” said Shalek, who is associate professor of chemistry, a core faculty member of the Institute for Medical Engineering and Science, and an extramural member of the Koch Institute for Integrative Cancer Research at MIT. “That will help us gain new biological insights into how our bodies work as one single integrated system.” 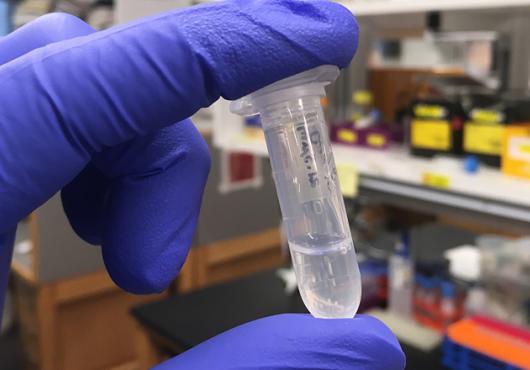