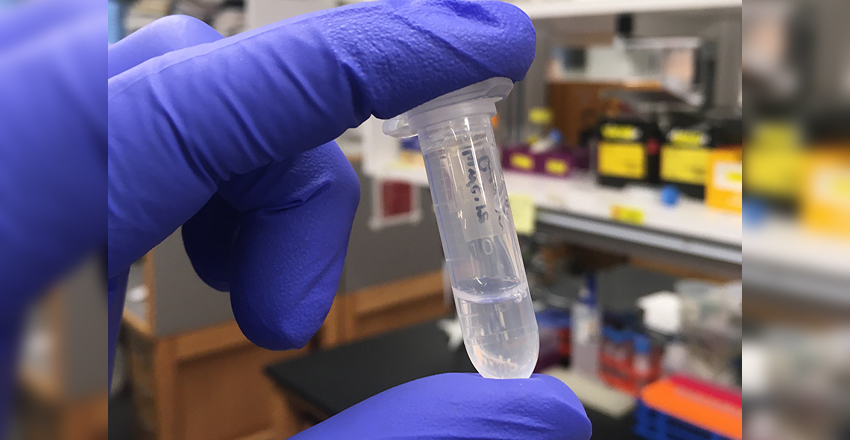 On experiment days in the age of physical distancing, postdoctoral fellow Conor McMahon walks an hour each way to the Harvard Medical School Quadrangle.

When he arrives at the lab, he is the sole occupant of a space once bustling with the activity of students, technicians and postdocs under the guidance of his mentor, Andrew Kruse, associate professor of biological chemistry and molecular pharmacology in the Blavatnik Institute at HMS.

Alone at his bench, McMahon dons a pair of headphones, plays some music and, well into the evening, conducts experiments that he hopes will someday help combat the pandemic that has transformed the day-to-day lives of billions across the world.

“I’m mainly working by myself, but it’s not just experiments. There’s no support staff, so I also have to do instrument maintenance, I have to wash glassware, I have to unpack boxes,” McMahon said. “I think that’s actually been the hardest thing. You start to appreciate how much everybody else contributes to your projects.”

Every new case of COVID-19 intensifies the need to better understand the novel coronavirus, SARS-CoV-2, and how to treat the disease that it causes. Researchers and physician-scientists at Harvard and its affiliated hospitals and research institutes have rallied to the cause, playing central roles in everything from frontline clinical care and epidemiological modeling to vaccine and therapeutic development.

Researchers like McMahon, who are based in the basic and social science departments on the HMS Quad, are no exception. Around a month ago, when it became apparent that unprecedented physical distancing measures were needed to protect communities across the country, laboratories on the Quad began to ramp down activities.

Roughly two dozen research groups and a handful of core facilities, however, were granted exemptions for projects with promise in addressing important aspects of COVID-19 or for providing crucial expertise and technological support for those efforts.

McMahon and Kruse are spearheading one such project, which aims to discover a way to neutralize and disable SARS-CoV-2. For years, the Kruse lab has focused on developing a method to mass-produce antibody fragments called nanobodies. Derived from camelids, the family of mammals that include camels and llamas, nanobodies have unique biomedical applications due to their small size.

In February, researchers published the structure of the spike protein, the hallmark protrusions that form the distinctive crown of thorns that SARS-CoV-2 uses to penetrate host cells. With this information in hand, McMahon and Kruse realized they could try to identify nanobodies that might be able to block the interaction between the spike protein and its target on human cells, a protein called ACE2—found in abundance in cells in the airway.

They acquired samples of spike protein from collaborator Aaron Schmidt, HMS assistant professor of microbiology at the Ragon Institute of MGH, MIT and Harvard. For the past several weeks, McMahon has spent his time in the lab searching through hundreds of millions of different nanobodies for ones that have the desired activity.

“If we can find something that blocks this interaction, then you could hypothetically block the virus from being able to infect cells,” McMahon said. “So, we’re trying to use our library of synthetic camelid nanobodies and fish out ones that we hope might be able to neutralize the virus.”

Distant, but not alone

Conducting experiments by himself can be difficult, but video conferencing tools play an important role, McMahon said, allowing him to stay in close contact with Kruse and the rest of the lab, ensuring the collaboration and intellectual support needed for the work to remain uninterrupted. These vital communications tools are essential to the continued productivity of every research group.

In the Department of Immunology, Ulrich von Andrian, the Mallinckrodt Professor of Immunopathology, runs daily virtual lab meetings with his team of 20 scientists and staff. The majority of their discussions center on an effort to determine whether a specific class of drugs might be able to help improve the efficacy of COVID-19 vaccines.

In 2013, von Andrian and colleagues published a study revealing that bisphosphonates—a class of drugs commonly prescribed for osteoporosis—enhance the effectiveness of vaccines in mice. Their work showed that bisphosphonates could turbocharge the potency of certain vaccines, allowing mice to survive infections that might otherwise be lethal, according to von Andrian.

Vaccine-enhancing substances and drugs, known as adjuvants, are particularly helpful for older or immunocompromised patients, who don’t gain as much protection from vaccines as people with optimally functioning immune systems do. This makes bisphosphonates particularly intriguing for COVID-19.

“Several months from now, we will find out which of the various vaccine candidates currently in development are safe and efficacious,” von Andrian said. “There will then be significant pressure to generate hundreds of millions of doses of this vaccine, but manufacturing is not going to happen overnight.”

“We want to determine if combining vaccines with bisphosphonates can improve efficacy and potentially reduce the dose that any individual needs to get a good immune response, allowing us to do more with less,” he said.

To do this, von Andrian and his team will first measure immune responses to a COVID-19 vaccine with and without bisphosphonates. They are then planning to work with genetically modified mice that express the human ACE2 receptor, utilizing an engineered virus with similar properties as SARS-CoV-2.

Key to their efforts are collaborations, such as with the Cambridge-based biotech company Moderna, which currently has a COVID-19 vaccine in clinical trials. von Andrian is a longtime consultant for the company and director of the Harvard-Moderna collaboration ARTiMIS.

Another critical component is coordination. Due to physical distancing, only a small number of individuals are authorized to work in labs, and calendars must be carefully managed so that schedules do not overlap.

To execute experiments as quickly and efficiently as possible, different aspects of the project have been assigned to those with specific skill sets, somewhat like an assembly line, von Andrian said. And those who are not doing hands-on experiments remain informed and engaged, participating in literature searches and discussions to bring their expertise to the project.

“There’s been tremendous enthusiasm and energy in my group to get this going. We all feel that with all our training and all our expertise, to just sit at home and be helpless is hard to stomach,” von Andrian said. “The idea that there’s something, in some small way, we could do to contribute is great motivation.”

Collaboration and meticulous coordination have always been a fundamental component of good science, and COVID-19 has done nothing if not emphasize its importance.

In March, Harvard led the establishment of the Massachusetts Consortium on Pathogen Readiness (MassCPR)—an unprecedented multi-institutional effort to invest in the research, technology and infrastructure needed to address every facet of COVID-19. Supported by $115 million in funding provided by the China Evergrande Group, the consortium recently sent out an urgent request for research proposals.

In one week, MassCPR received 447 applications for COVID-19-related projects from scientists across Massachusetts. These are currently being evaluated in a rapid and rigorous review process that includes a task force co-chaired by von Andrian. With MassCPR support, a new wave of research projects will soon be initiated.

“There is incredible energy in our community. The level of communication, the eagerness to freely share information and to synergize in the best possible way to pool our resources now, I’ve never seen before,” von Andrian said. “It’s really encouraging, it’s a big deal and it’s a testament to tremendous leadership.”

This spirit of collaboration and the desire to contribute is reflected by HMS scientists at every level, in massive initiatives such as MassCPR and in research groups large and small.

In late February, graduate student Brian Rabe was still studying the retina as a member of the lab of Connie Cepko, the Bullard Professor of Genetics and Neuroscience. His research had nothing to do with infectious disease. Yet, for the past several weeks, he has been biking to the lab to work on developing a novel point-of-care diagnostic test for COVID-19.

“I heard about the coronavirus a long time ago obviously, and I think, rather naively now, I just assumed that a whole bunch of work was already done,” Rabe said. “I knew about a particular assay that seemed like it could be run in a doctor’s office as a diagnostic test. I thought I’d at least try and see if I could get it to work.”

Brian Rabe describes the rationale for his project

The assay that inspired Rabe is called LAMP, a commercially available technique to amplify the amount of a desired nucleic acid—such as those specific to SARS-CoV-2—in order to detect its presence in a sample.

Rabe saw that LAMP had highly desirable characteristics. It can be executed without the need for specialized training and equipment—such as with PCR, which is the amplification tool used for virtually all current COVID-19 diagnostics—and the target nucleic acid can be detected rapidly, within 30 minutes, and visually, as the sample solution changes color in its presence.

While the Cepko lab focuses on retinal development, the team uses engineered viruses as tools, including barcoded viral libraries that were pioneered by the Cepko lab over 30 years ago, which can be used to detect a single copy of a virus from tissue. So, they initiated work on a custom version of the LAMP assay, developing nucleic acids known as primers that can bind to different areas of the viral genome, allowing it to be amplified.

Rabe has found that this approach can be used to detect positive control nucleic acids, a surrogate for SARS-CoV-2, with a high degree of sensitivity. With collaborators at Mass General, including Melis Anahtar, Graham McGrath and Eric Rosenberg, HMS professor of pathology, the team is now working on testing clinical samples and pushing the limits of the assay’s sensitivity.

They are also exploring ways to make the assay more amenable as a possible point-of-care test. After a sample swab is collected from a patient, current PCR-based diagnostics require chemicals to keep the coronavirus intact because enzymes from the patient can destroy the viral genome. Rabe is developing ways to purposefully break open the virus, inactivate those enzymes and concentrate the virus’s genetic material so that it can be detected in a single reaction.

“This technique also allows for the immediate inactivation of the virus, which will hopefully make downstream testing safer for the testers,” he said.

In addition, the technique they developed is cheap, relying on standard lab equipment and reagents—including a suspension of silica known as “glass milk,” which has been used to purify nucleic acids for decades. “We purchased enough for over 10 million purifications for less than $400,” Rabe said.

Around the same time that he began working on this project, the company that manufactures the LAMP assay, New England Biolabs, also realized its potential as a diagnostic tool. Rabe has been in contact with that team and is discussing ways to synergize their efforts. The Mass General emergency department and New York-Presbyterian hospital are currently testing both assays.

“Hopefully we can combine the best aspects of our different approaches and work together,” he said.

Like all the other scientists currently running experiments, Rabe has remained in close virtual contact with Cepko and the rest of the team. Despite being the only member of his research group to be in the lab, Rabe hasn’t found it to be much of a problem, he said, and has even found some positives.

“The experience is very different. I can get things done very efficiently, but it’s really quiet, so I’ve been listening to a lot of music,” he said. “And at least I can keep all the lab plants alive.” 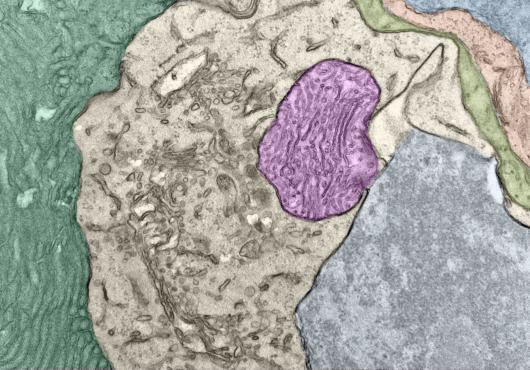 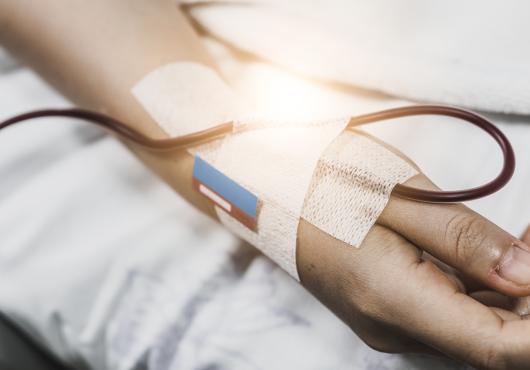 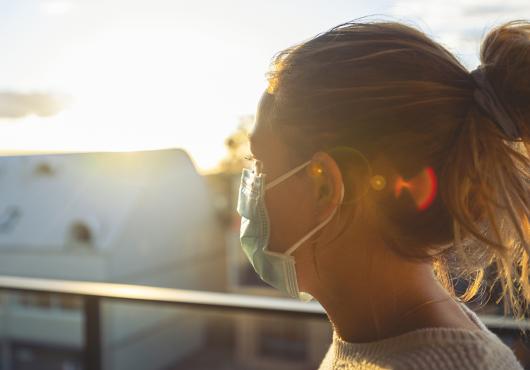 Why community trust, engagement must be cornerstones of pandemic response