Study reveals how measles infection reduces protection against other diseases 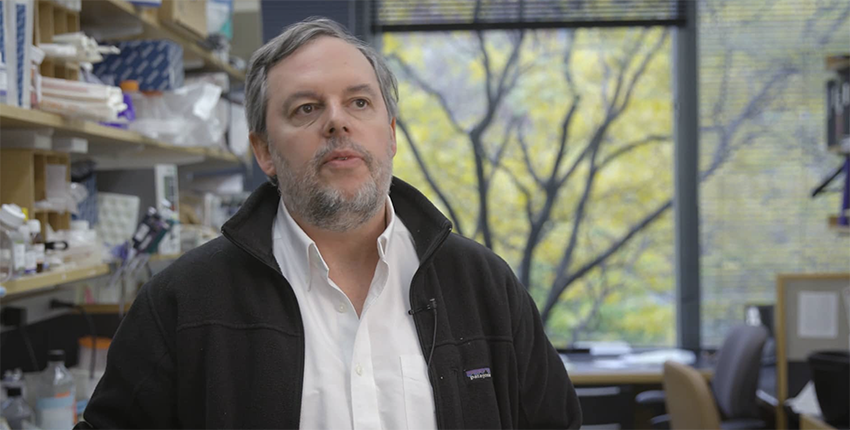 Over the last decade, evidence has mounted that the measles vaccine protects in not one but two ways: Not only does it prevent the well-known acute illness with spots and fever that frequently sends children to the hospital, but it also appears to protect from other infections over the long term.

How does this work?

Some researchers have suggested that the vaccine gives a general boost to the immune system.

Others have hypothesized that the vaccine’s extended protective effects stem from preventing measles infection itself. According to this theory, the virus can impair the body’s immune memory, causing so-called immune amnesia. By protecting against measles infection, the vaccine prevents the body from losing or “forgetting” its immune memory and preserves its resistance to other infections.

Past research hinted at the effects of immune amnesia, showing that immune suppression following measles infection could last as long as two to three years.

However, many scientists still debate which hypothesis is correct. Among the critical questions are: If immune amnesia is real, how exactly does it happen, and how severe is it?

Now, a study from an international team of researchers led by investigators at Harvard Medical School, Brigham and Women’s Hospital and the Harvard T.H. Chan School of Public Health provides much-needed answers.

Reporting Oct. 31 in Science, the researchers show that the measles virus wipes out 11 percent to 73 percent of the different antibodies that protect against viral and bacterial strains a person was previously immune to—anything from influenza to herpesvirus to bacteria that cause pneumonia and skin infections.

So, if a person had 100 different antibodies against chicken pox before contracting measles, they might emerge from having measles with only 50, cutting their chicken pox protection in half. That protection could dip even lower if some of the antibodies lost are potent defenses known as neutralizing antibodies.

“Imagine that your immunity against pathogens is like carrying around a book of photographs of criminals, and someone punched a bunch of holes in it,” said the study’s first author, Michael Mina, who was a postdoctoral researcher in the laboratory of Stephen Elledge at HMS and Brigham and Women’s at the time of the study and is now an assistant professor of epidemiology at the Harvard Chan School.

“It would then be much harder to recognize that criminal if you saw them, especially if the holes are punched over important features for recognition, like the eyes or mouth,” said Mina.

The study is the first to measure the immune damage caused by the virus and underscores the value of preventing measles infection through vaccination, the authors said.

“The threat measles poses to people is much greater than we previously imagined,” said senior author Stephen Elledge, the Gregor Mendel Professor of Genetics and of Medicine in the Blavatnik Institute at HMS and Brigham and Women’s. “We now understand the mechanism is a prolonged danger due to erasure of the immune memory, demonstrating that the measles vaccine is of even greater benefit than we knew.”

“This is the best evidence yet that immune amnesia exists and impacts our bona fide long-term immune memory,” added Mina, who first discovered the epidemiological effects of measles on long-term childhood mortality in a 2015 paper.

The measles vaccine is of even greater benefit than we knew.

The team’s current work was published simultaneously with a paper by a separate team in Science Immunology that reached complementary conclusions by measuring changes in B cells caused by the measles virus. An accompanying commentary in Science Immunology, written by Duane Wesemann, HMS assistant professor of medicine at Brigham and Women’s, contextualizes that study.

Elledge, Mina and colleagues found that those who survive measles gradually regain their previous immunity to other viruses and bacteria as they get reexposed to them. But because this process may take months to years, people remain vulnerable in the meantime to serious complications of those infections.

In light of this finding, the researchers say that in the aftermath of measles infection, clinicians may want to consider strengthening people’s immunity to other infections by providing a round of booster shots of all previous routine vaccines, such as hepatitis and polio.

“Revaccination following measles could help to mitigate long-term suffering that might stem from immune amnesia and the increased susceptibility to other infections,” the authors said.

Two steps forward, one step back

One of the most contagious diseases known to humankind, measles killed an average of 2.6 million people each year before a vaccine was developed, according to the World Health Organization. Widespread vaccination has slashed the death toll.

However, lack of access to vaccination and refusal to get vaccinated means measles still infects more than 7 million people and kills more than 100,000 each year worldwide, reports the WHO—and cases are on the rise, tripling in early 2019. About 20 percent of people in the U.S. who get infected with measles require hospitalization, according to the CDC, and some experience well-known long-term consequences, including brain damage and vision and hearing loss.

Previous epidemiological research into immune amnesia suggests that death rates attributed to measles could be even higher—accounting for as much as 50 percent of all childhood mortality—if researchers factored in deaths caused by infections resulting from measles’ ravaging effects on immunity.

Answers in the blood

This new discovery was made possible thanks to VirScan, a tool Elledge and Tomasz Kula, a PhD student in the Elledge Lab, developed in 2015.

VirScan detects antiviral and antibacterial antibodies in the blood that result from current or past encounters with viruses and bacteria, giving an overall snapshot of the immune system. 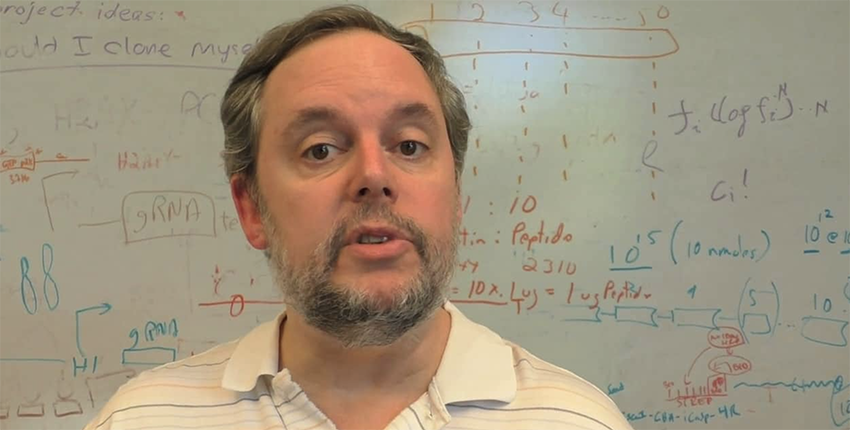 In 2015, Stephen Elledge described what VirScan can reveal about human immunology and disease.

Study co-author Rik de Swart had gathered blood samples from unvaccinated children during a 2013 measles outbreak in the Netherlands. For the new study, Elledge’s group used VirScan to measure antibodies before and two months after infection in 77 children from de Swart’s samples who’d contracted the disease. The researchers also compared the measurements to those of 115 uninfected children and adults.

When Kula examined an initial set of these samples, he found a striking drop in antibodies from other pathogens in the measles-infected children that “clearly suggested a direct effect on the immune system,” the authors said.

The effect resembled what Mina had hypothesized could drive measles-induced immune amnesia.

“This proved to be the first definitive evidence that measles affects the levels of protective antibodies themselves, providing a mechanism supporting immune amnesia,” said Elledge.

Then, in collaboration with Diane Griffin at Johns Hopkins Bloomberg School of Public Health, the team measured antibodies in four rhesus macaques—monkeys closely related to humans—before and five months after measles infection. This covered a much longer period post-infection than what was available in the Netherlands samples.

Similar to the findings in people, the macaques lost an average of 40 to 60 percent of their preexisting antibodies to the viruses and bacteria they had been previously exposed to.

Further tests revealed that severe measles infection reduced people’s overall immunity more than mild infection. This could be particularly problematic for certain categories of children and adults, the researchers said.

Kids on the edge—such as those with severe measles infection or immune deficiencies or those who are malnourished—will be in serious trouble.

The authors stress that the effects observed in the current study occurred in previously healthy children. Because measles is known to hit malnourished children much harder, the degree of immune amnesia and its effects could be even more severe in less healthy populations.

“The average kid might emerge from measles with a dent in their immune system and their body will be able to handle that,” said Elledge. “But kids on the edge—such as those with severe measles infection or immune deficiencies or those who are malnourished—will be in serious trouble.”

Inoculation with the MMR (measles, mumps, rubella) vaccine did not impair children’s overall immunity, the researchers found. The results align with decades of research.

Ensuring widespread vaccination against measles would not only help prevent the 120,000 deaths that will be directly attributed to measles this year alone, but could also avert potentially hundreds of thousands of additional deaths attributable to the lasting damage to the immune system, the authors said.

“This drives home the importance of understanding and preventing the long-term effects of measles, including stealth effects that have flown under the radar of doctors and parents,” said Mina. “If your child gets the measles and then gets pneumonia two years later, you wouldn’t necessarily tie the two together. The symptoms of measles itself may be only the tip of the iceberg.”