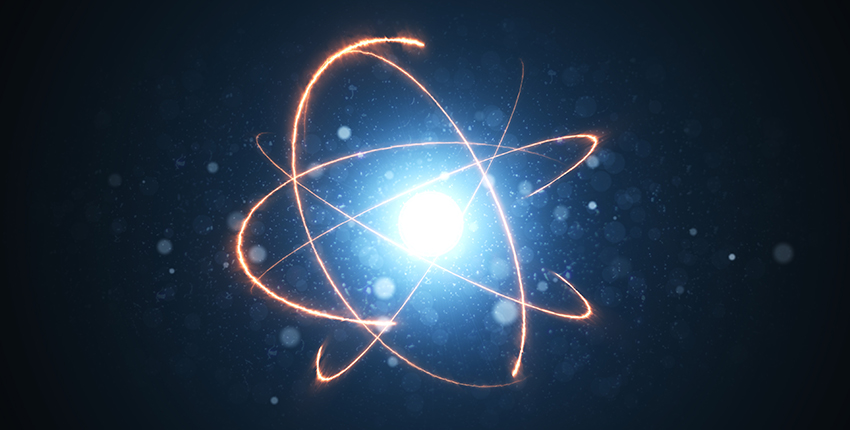 Every day, an estimated 750,000 people pass through Grand Central Station in New York City. What if you wanted to track the paths of just a few visitors in the crowd—redheads, say, or people named Judy?

You could give them fluorescent hats, says Haribabu Arthanari, assistant professor of biological chemistry and molecular pharmacology at Harvard Medical School and Dana-Farber Cancer Institute.

That’s essentially what scientists can now do to study the shifting structures of large molecules in cells as busy as metropolitan transit hubs, thanks to a nuclear magnetic resonance (NMR) imaging technique that Arthanari and colleagues have improved.

NMR involves placing molecules in a powerful magnet and bombarding them with radio waves. The NMR device records each atom’s signature vibration, or resonance. The resulting spectrograph helps scientists reveal the atomic-level structures of relatively big molecules and how they change over time, such as when a drug binds to its target.

Researchers use those structural clues to determine a molecule’s function in the body and how it performs that job, improving our understanding of normal and abnormal biology and aiding in the development of treatments for disease.

The team reported March 11 in Nature Methods that tagging molecules with fluorine-and-carbon “hats” and doing some fancy quantum physics footwork delivers the sharpest-yet NMR spectra of big biological molecules. This makes it possible to study even more molecules that thus far have been shut out of NMR research because they were too large.

The technique also opens a window into a time scale that has remained inaccessible to NMR scientists. While NMR can track proteins from seconds down to picoseconds (a trillionth of a second), the “low microseconds,” in which many critical biological processes take place, have remained murky, Arthanari said.

“In the field, it’s a very big deal, so we’re quite excited about it,” said Arthanari, who is co-senior author of the study with Koh Takeuchi of the National Institute of Advanced Industrial Science and Technology in Japan.

Many molecules and multi-molecular complexes whose structures scientists itch to uncover are relatively hefty.

X-ray crystallography would be the standard method for determining the structures of such large molecules, but many of them can’t be easily crystallized because they sit in oily cell membranes or for other reasons.

NMR provides an alternative, but it has a size limit. Bigger molecules produce blurry spectra, as they have an asymmetry that makes their atomic echoes fade quickly after being hit with the machine’s radio waves. Scientists need slower-fading, also called slower-relaxing, molecules in order to elicit sharper spectra.

In a type of NMR known as TROSY (transverse relaxation-optimized spectroscopy), developed within the last 15 years, researchers attach two-atom “hats” to their molecules of interest. The hats combat asymmetry, slowing relaxation.

The researchers then use sophisticated math based on quantum spin principles to record signals from the slower-relaxing molecules as they tumble around in the NMR machine.

“We hit them with radio pulses like a hammer striking a piano key, then listen to the magnetic melodies the individual atoms sing back to us,” said Arthanari. “This one may sing at 200 megahertz, that one at 780 megahertz.”

Arthanari and colleagues’ technique offers a new and improved TROSY by swapping in a fluorine atom where different atoms such as hydrogen and nitrogen have been tried before. Paired with a carbon-13 atom—an isotope of carbon that has one extra neutron—the fluorine creates the slowest relaxation times ever achieved in biological NMR.

Carbon-fluorine TROSY promises to vastly expand the scope of NMR, said Arthanari. Fluorine serves as a “beautiful marker” to study drug binding, he said, including a class of cancer drugs that has eluded analysis so far.

The team has made its method freely available to the scientific community. Now it’s a waiting game for more hardware to be built; only a few sites in the United States and another handful abroad have probes capable of striking and detecting the frequencies of the carbon-fluorine pairs.

“This is hard stuff; it’s right at the belly of quantum mechanics and physics, applied to biological systems,” Arthanari said. “But that is exactly where I love to be.”

This is hard stuff; it’s right at the belly of quantum mechanics and physics, applied to biological systems. But that is exactly where I love to be.

Andras Boeszoermenyi and Sandeep Chhabra, HMS postdoctoral fellows in the labs of Arthanari and Gerhard Wagner, are co-first authors of the study. Wagner, the Elkan Blout Professor of Biological Chemistry and Molecular Pharmacology at HMS, is a coauthor. Additional authors contributed from the U.S., Bulgaria, Switzerland, the United Kingdom and Australia.

This study was supported by the National Institutes of Health (grants GM047467, AI03758 and EB002026) and the Claudia Adams Barr Program for Innovative Cancer Research.

In 2016, Arthanari and colleagues devised a new way to approach the problem of multidrug-resistant fungal infections that can be life-threatening to people with weakened immune systems.