By MGH NEWS and PUBLIC AFFAIRS May 5, 2022 Research Care Delivery 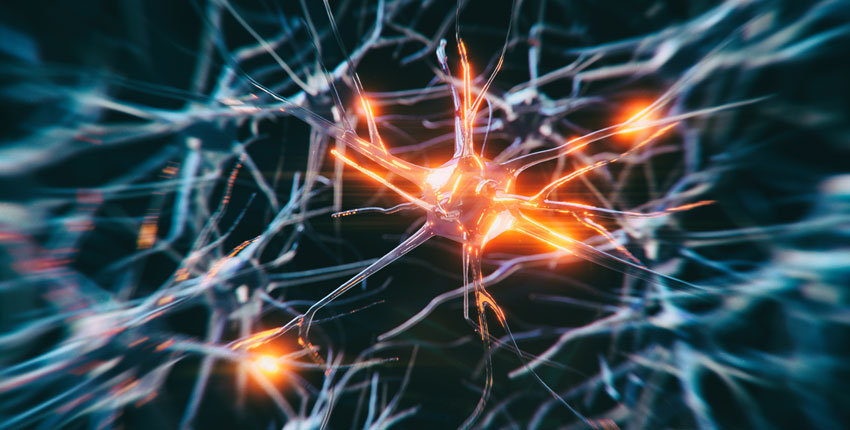 The accumulation of amyloid-beta and tau proteins in the brain is linked to Alzheimer’s disease, and now research shows that such accumulation can disrupt connections between brain structures important for memory.

The new study, led by investigators at Harvard Medical School and Massachusetts General Hospital and published April 5 in PNAS, revealed that these disrupted connections were present years before signs of cognitive impairment were observed. The researchers hope that their findings may eventually lead to strategies for earlier detection of Alzheimer’s disease.

For years, researchers have known that amyloid-beta and tau pathologies, the hallmarks of Alzheimer’s disease, can cause the death of neurons—the brain’s most abundant cells—eventually leading to impairment and dementia.

“But we did not know how the brain’s connections respond to the accumulation of these proteins very early in the disease process, even before symptoms,” said senior author Yakeel Quiroz, HMS associate professor of psychology in the Department of Psychiatry at Mass General and the director of the the Familial Dementia Neuroimaging Lab and the Multicultural Alzheimer’s Prevention Program at Mass General.

To learn more about this phenomenon, Quiroz and colleagues studied the brains of individuals from a large family with more than 6,000 living members from Antioquia, Colombia, who have a high prevalence of Alzheimer’s disease.

Quiroz and her colleagues have formed a unique relationship with this family, creating the Colombia-Boston study in 2015 to learn more about how Alzheimer’s disease progresses before cognitive impairment emerges and to find sensitive biomarkers for predicting who is at high risk for dementia.

Members of the family with the mutation known as Presenilin-1 E280A are almost certain to develop Alzheimer’s disease, usually showing signs of mild cognitive impairment at age 44 and dementia by the age of 49.

“Studying this unique population can really help us understand how amyloid-beta and tau pathologies could affect how the brain communicates years before individuals develop dementia,” said co-first author Edmarie Guzmán-Vélez, an HMS instructor in psychology in the Department of Psychiatry at Mass General.

In the new study, the team used positron emission tomography for amyloid-beta and tau and functional magnetic resonance imaging to study how Alzheimer’s disease pathologies related to connectivity of brain regions and networks in individuals who did not yet have cognitive symptoms.

The researchers used fMRI to examine regions of the brain at the voxel level—akin to pixels that represent 3D units encompassing millions of brain cells—to look at connectivity within and between different brain networks.

They learned that those carrying the mutation displayed connection disruptions in the brain’s main memory network years before onset of cognitive impairment.

The researchers also developed a novel mathematical approach merging both fMRI and molecular imaging to see more clearly when brain regions begin to disconnect during the disease process.

“This mathematical approach showed how functional dysconnectivity of a memory network was explained by early stages of tau pathology,” said co-first author Ibai Diaz, an HMS instructor in radiology at Mass General.

These findings suggest that functional disconnections are evident once tau starts to accumulate in the brain, and before brain atrophy, a sign of neurodegeneration, is detected.

“These findings are exciting because they also suggest that fMRI could be used in the future to identify people who may already have [Alzheimer’s disease] pathology in their brain and may develop dementia in the future, though more research is still needed.”

The researchers hope this insight will highlight the importance of developing preclinical and clinical trials for Alzheimer’s disease, particularly those targeting disease prevention.

“We know now that a lot of things are happening in the brain of those at risk [for Alzheimer’s disease], even before signs of memory impairment,” Quiroz said. “We hope findings like these can improve our understanding of preclinical [Alzheimer’s disease] and help improve selection of those who would benefit the most from participating in clinical trials.”