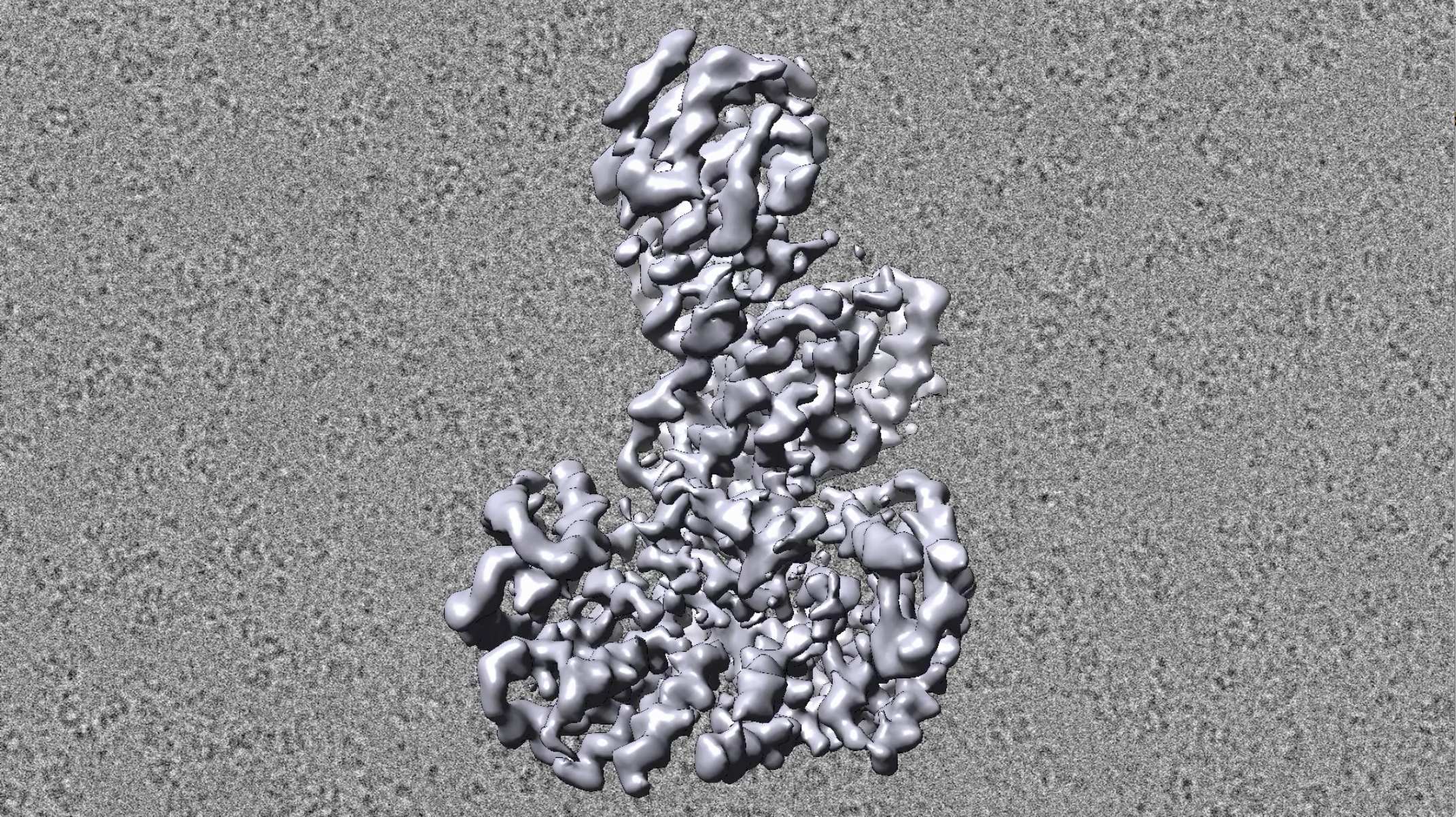 It’s like the parable about the blindfolded men and the elephant—only instead of an elephant, it’s an enzyme.

For decades, researchers have groped at a family of proteins called Rafs. These proteins—including A-Raf, B-Raf and C-Raf—transmit signals that control proliferation, differentiation and survival in every cell in the body.

Given B-Raf’s critical roles in health and disease, scientists have been keen to understand its structure. They’ve used genetics, chemistry, biology and other scientific approaches, but they haven’t been able to piece together a complete picture of Raf.

“People had poked and prodded Raf for more than 30 years, but we could only see parts of it,” said Michael J. Eck, professor of biological chemistry and molecular pharmacology in the Blavatnik Institute at Harvard Medical School and Dana-Farber Cancer Institute.

Now, thanks to work by Eck and colleagues, researchers can see the whole enzyme.

As reported online this month in Nature, Eck’s team at last captured high-resolution images of B-Raf in its inactive or “off” state and in several active or “on” positions.

The findings clarify how B-Raf functions normally in the body as well as what happens when mutations alter its shape and lead to cancer.

The work should help researchers seeking to develop safer, more effective cancer drugs that lock onto particular forms of the enzyme like custom-made puzzle pieces.

Illuminating the “huge, unsolved problem” of B-Raf’s structure “could have major importance for understanding its biology and for drug discovery,” said Eck.

“It’s exciting to see something no one has seen before,” he added. “Now that we can look at the thing, we can tell a coherent story that integrates many previous studies.”

Several factors made the discovery possible.

First, Eck’s team didn’t try to study B-Raf alone but instead prepared it as a complex with two additional proteins: a known regulator of Raf with the catchy name of 14-3-3, plus MEK, the next link in the Raf signaling chain.

“MEK was the crucial missing piece for solving the structure,” said Eck, who is co-senior author of the study along with Hyesung Jeon, research associate at HMS and a senior scientist at Dana-Farber. “MEK is not just the next step in the signaling cascade, it’s also key for keeping Raf turned off.” 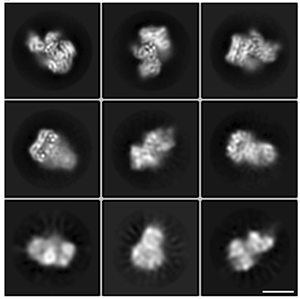 Second, HMS research associate Eunyoung Park, a senior scientist in the Eck Lab and first author of the study, served as a “protein whisperer” who tamed B-Raf, coaxing it into those “well-behaved” complexes with 14-3-3 and MEK, said Eck.

The Raf that rocks the cradle

At long last, the structures revealed themselves.

Like a snowman with a rocker base, the complex in its inactive or “off” state includes MEK on top, B-Raf in the middle and 14-3-3 on the bottom, cradle-shaped.

The team showed how 14-3-3 normally blocks B-Raf from binding with other B-Rafs, keeping it shut off as a default. When an incoming cell signal calls B-Raf to action, however, 14-3-3 swings aside and allows two B-Raf/MEK complexes to form a pair.

In doing so, 14-3-3 exposes a region of B-Raf that draws the complex to the cell membrane. There, B-Raf gets activated and in turn activates and releases MEK to send its growth-promoting signal.

The structural snapshots also revealed how mutations subvert this normal activation process by causing the B-Raf switch to get stuck in the “on” position.

The discovery isn’t without precedent in the cancer biology world.

The results could lead to improved treatments for people with cancers driven by dysfunctional B-Raf.

Current drugs that target mutated B-Raf are used to treat malignant melanoma, but they sometimes also stimulate the growth of new skin cancers by paradoxically activating the normal form of the enzyme. Patients then need to take a second drug, which can cause serious side effects.

“The structure gives us ideas about new approaches for drug discovery,” said Eck.

His group also plans to uncover more details about B-Raf activation in both healthy cells and cancers.

This work was supported in part by the PLGA fund at the Pediatric Brain Tumor Foundation, Novartis Institutes for Biomedical Research and the National Institutes of Health (grants P50CA165962, P01CA154303 and R50CA221830). Cryo-EM imaging was carried out at the University of Massachusetts Medical School Cryo-EM Core Facility and the Harvard Cryo-EM Center for Structural Biology. 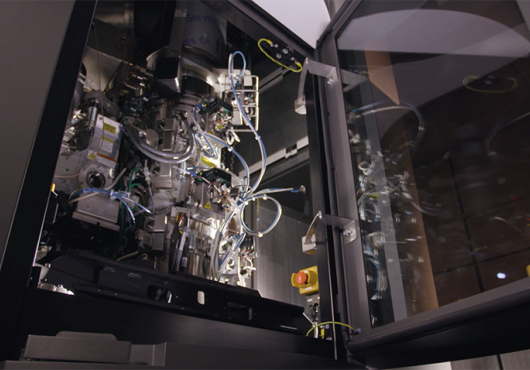 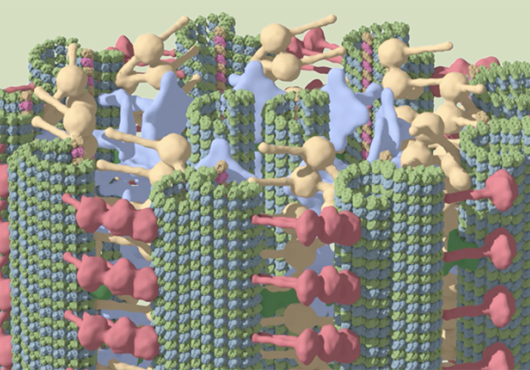