The Future of Molecular Visualization 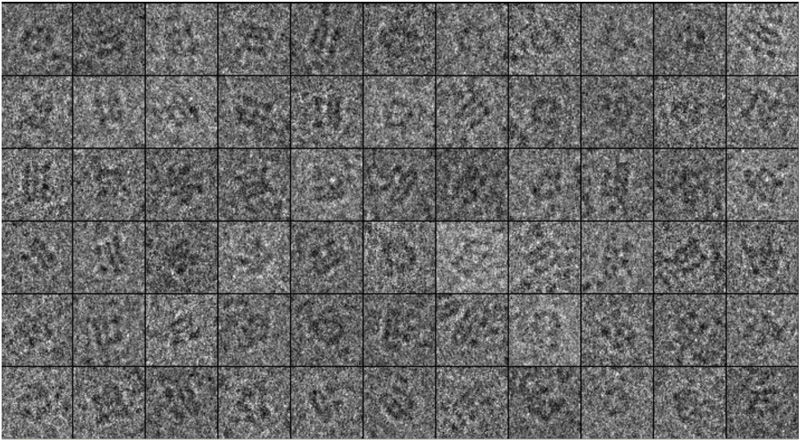 Cryo-EM images can reveal new insights into how the molecular machines of a cell operate. Image: Maofu Liao.

Seeing a molecule in a microscope was once the stuff of science fiction.  No longer.

With the creation of the Harvard Cryo-Electron Microscopy Center for Structural Biology in the Longwood Medical Area, Harvard University today launched a pivotal initiative in molecular visualization, which promises remarkable advances in scientists’ ability to see molecules directly.

Visualizing molecules at the level of atoms enables in-depth understanding of molecular mechanisms in both normal and disease states. Seeing subtle molecular details will fuel the development of next-generation precision therapeutics.

The new center emerged from a bold and visionary collaboration among partners from Harvard Medical School, the University’s Office of the Provost, Boston Children’s Hospital and Dana-Farber Cancer Institute.

“This new center demonstrates how Harvard and its affiliated institutions can partner to establish leading-edge facilities and resources that accelerate biomedical discoveries,” said Alan Garber, provost of Harvard University.

Stephen Blacklow, the Gustavus Adolphus Pfeiffer Professor and chair of the Department of Biological Chemistry and Molecular Pharmacology at HMS, remarked, “The cooperation and resolve shown by all participants in pursuit of this effort has been truly impressive and foreshadows an outstanding future for molecular visualization at Harvard.”

George Q. Daley, dean of HMS, said, “We now have a microscope that allows us to see single molecules at the atomic level. This innovation will energize science in the hospitals and on the Quad, catalyzing translational research to see where it can bear on disease.”

"Cryo-electron microscopy is an important tool to reveal the structures of many building blocks essential to our understanding of human biology and the alterations that affect health and disease states,” added Barbara J. McNeil, former acting dean of HMS.

“We are extremely excited about the new HMS center and look forward over the coming years to an explosion in our understanding of cellular machines,” said Wade Harper, the Bert and Natalie Vallee Professor of Molecular Pathology and chair of the Department of Cell Biology at HMS.

The technique of X-ray diffraction, famously used by Rosalind Franklin in the early 1950s to produce the patterns from DNA that helped James Watson and Francis Crick glean its structure, stimulated the field of molecular biology. The structure showed how DNA could carry the genetic code—arguably the most important biological insight of the 20th century.

Since that time, X-ray crystallography and nuclear magnetic resonance have become the standard approaches used by structural biologists to visualize molecules at atomic resolution.

Cryo-EM has now begun to challenge these methods for analysis of large molecules assembled in specific configurations, thanks to rapidly emerging developments in image-detection technology and computational analysis.

Researchers are now using advanced cryo-EM methods to reveal the structures of proteins and protein complexes at a level of detail unfathomable just a few years ago. Because cryo-EM analysis does not require sample crystallization, it can be used to study a much larger array of molecular assemblies than X-ray crystallography. Seeing distinct functional states affords a deeper understanding of how the molecular machines of a cell operate.

The new center at HMS seeks to capitalize on this technological revolution in molecular electron microscopy. It will be directed by Stephen Harrison, the Giovanni Armenise-Harvard Professor of Basic Biomedical Science in the Department of Biological Chemistry and Molecular Pharmacology at HMS and HMS professor of pediatrics at Boston Children’s.

“Harvard is embracing an extraordinary opportunity to maintain its leadership in structural biology by engaging in the expansion of this powerful approach to molecular visualization, which has evolved at Harvard and elsewhere,” said Harrison, who is also a Howard Hughes Medical Institute investigator.

The initiative builds on a venerable history of innovation in structural biology at Harvard.

It began in 1972, when Harrison and Don Wiley both joined the Department of Biochemistry and Molecular Biology (renamed Molecular and Cell Biology) in the Faculty of Arts and Sciences. They established a joint laboratory in the old Gibbs Building, calling it the Gibbs Laboratory of Structural Molecular Biology.

Harrison determined the first high-resolution structure of a complete virus particle in 1978, and Wiley revealed the first structure of a viral membrane glycoprotein, the influenza virus hemagglutinin, in 1981. Wiley's subsequent work on the structure of major histocompatibility complex antigens—proteins that help the immune system recognize foreign substances—was a landmark contribution to cellular immunology.

Harrison and Wiley were two of the investigators appointed in 1987 in the first round of the Howard Hughes Medical Institute Structural Biology Program. Harrison continued to lead their joint lab at HMS after Wiley’s death in 2001.

Molecular electron microscopy arrived at Harvard in 2000, with the recruitment of Thomas Walz to the department of cell biology at HMS.  A major donation from the Giovanni Armenise-Harvard Foundation had established the Armenise Center for Structural Biology (the precursor of the current Center for Molecular and Cellular Dynamics) and enabled the purchase of state-of-the-art instrumentation. Walz made a series of important breakthroughs, before moving last year to The Rockefeller University in New York.

Maofu Liao, an HMS assistant professor of cell biology recruited in 2014 from the University of California, San Francisco, made a major step forward in cryo-EM as a postdoctoral fellow working with Yifan Cheng, who had been at Harvard earlier in his career.

At UCSF, Liao determined the structure of an important cellular detector of pain. This achievement—aided by new image-detector technology—represented the first atomic model of a membrane channel determined by cryo-EM.  The work is illuminating how small molecules affect the activity of the channel and may inform the development of new treatments for pain.

At HMS, Sean Whelan, professor of microbiology and immunobiology at HMS, partnered with Harrison to visualize a viral enzyme necessary for viral reproduction, revealing in 2015 the molecular details of potential targets for drugs to counteract viral pathogens such as Ebola.

The new cryo-EM center on the HMS Quad promises to catalyze biological discovery by bringing together the community of structural biologists in the Longwood Medical Area. It will propel the research programs of newly recruited faculty at all participating institutions, including

“Dana-Farber is excited to be one of the founding members of this center,” said Barrett Rollins, the HMS Linde Family Professor of Medicine and chief scientific officer at Dana-Farber Cancer Institute. “Cryo-EM is an incredibly enabling technology, and our faculty eagerly look forward to using it to understand and define potential targets in cancer.”

Gary Fleisher, the HMS Egan Family Foundation Professor of Pediatrics, physician-in-chief, pediatrician-in-chief and chair of the Department of Medicine at Boston Children's Hospital, said “The new cryo-EM facility will enhance the ability of investigators at Boston Children’s Hospital in the field of structural biology to elucidate the molecular basis of fundamental biological processes and facilitate the development of therapeutics, and in particular, will assist in advancing the pioneering discoveries of Hao Wu on supramolecular signaling assemblies, which are crucial to understanding the immune response.”

The Harvard Cryo-EM Center is further enriched by access to an additional microscope at the University of Massachusetts Medical School in Worcester. It was acquired with support from the Massachusetts Life Sciences Center Capital Program, which funded the HMS and UMass Medical School partnership.