The Yin to Insulin’s Yang

How a counterbalancing hormone may go awry in diabetes

Similarly, blood-sugar raising hormones such as glucagon counterbalance the blood- sugar lowering hormone insulin. Disrupting this delicate equilibrium can lead to diabetes, a disease that affects about 29 million people in the U.S. and costs an estimated $245 billion each year.

Focused mainly on insulin, diabetes researchers haven’t yet fully explored the contributions of its opposing hormones, says Wei Roc Song, a postdoctoral researcher at Harvard Medical School, and that may leave out a significant part of the picture.

Now, using a new fruit fly model of Type 2 diabetes, Song and colleagues have found that a chronic high-calorie diet can lead to high blood sugar simply by boosting the gut hormone activin-beta, which in turn stimulates activity of the fly version of glucagon—without affecting insulin.

The findings, published in Cell Metabolism, provide a deeper understanding of how diabetes can arise from a high-calorie diet and support existing efforts to manipulate the body’s response to glucagon as a potential alternative to insulin for managing diabetes.

“We know what glucagon does in the body, but we haven’t known the exact mechanism by which it contributes to diabetes,” said Song, who is first author of the study. “Our work may explain why diabetes patients frequently have high glucagon levels and enhanced glucagon responses.”

“This study is a striking example of the relevance of the fruit fly to unravel fundamental mechanisms involved in hormonal regulation and physiology,” said Norbert Perrimon, James Stillman Professor of Developmental Biology at HMS and senior author of the study.

The work also reveals that endocrine cells in the midgut—at least, the midguts of flies—can make activin-beta, which up until now researchers thought was produced only in the brain and peripheral nerves.

In a healthy body, when sugar floods the bloodstream, as happens after a meal, the pancreas releases insulin to sweep the extra sugar into the liver and muscles for storage or into other cells to be used for immediate energy. On the flip side, when blood sugar is low, the pancreas releases glucagon, which triggers the liver and muscles to release some of their energy cache.

In Type 2 diabetes, the body stops responding well to insulin, leaving too much sugar in the bloodstream. Yet many diabetes patients also have abnormally high glucagon activity in their livers. Song and other members of the Perrimon lab, together with collaborators from Beth Israel Deaconess Medical Center and the University of Minnesota, set out to understand why.

The researchers began with a well-established model system for studying human metabolism: fruit flies. They fed the flies high-sugar diets and watched what happened.

Adipokinetic hormone (AKH) activity, the fly equivalent of mammalian glucagon, spiked in an organ called the fat body, the fly equivalent of the human liver and fat tissue. The fat body obeyed the AKH hormonal signal and released glucose into the bloodstream. The flies developed high blood sugar, insulin resistance and obesity, all similar to what happens in Type 2 diabetes.

“This gut-to-fat-body communication is essential for the development of high blood sugar. We didn’t know that before.”

Inactivating AKH in the fat body lowered blood sugar levels, even when the flies continued to be fed high-sugar diets.

Further experiments fingered activin-beta as the culprit. The high-calorie diet was pushing activin-beta into overdrive, which boosted AKH, which told the fat body to release more sugar than was healthy.

“This activin-AKH axis is totally independent of insulin,” said Song. “It’s a different mechanism from what was known before.”

No need for a long-distance call

At first, the researchers were baffled by how activin-beta—located in the faraway brain and peripheral nerves—could be talking to the fat body. It wasn’t until probing further that they learned activin-beta could be secreted right next door.

“Under disease conditions, endocrine cells in the midgut express higher levels of activin-beta,” said Song. “This gut-to-fat-body communication is essential for the development of high blood sugar. We didn’t know that before.”

The researchers confirmed some of their key findings in mouse cells, strengthening their suspicion that the same phenomena occur in humans. If confirmed in human studies, the team’s discoveries could pave the way to new avenues for diagnosing and treating Type 2 diabetes.

“I appreciate the wisdom of the ancients,” Song said. “If there is a positive effect, there will also be a negative effect. If they act in their due degree, there ensues a state of harmony. When we study insulin, we should be aware of the opposite side, glucagon, and how their balance is maintained or impaired in health conditions.”

This study was supported by the National Institutes of Health (including grants R01GM095746 and R01DK083694), American Diabetes Association, Joslin Pilot and Feasibility Program and Howard Hughes Medical Institute. 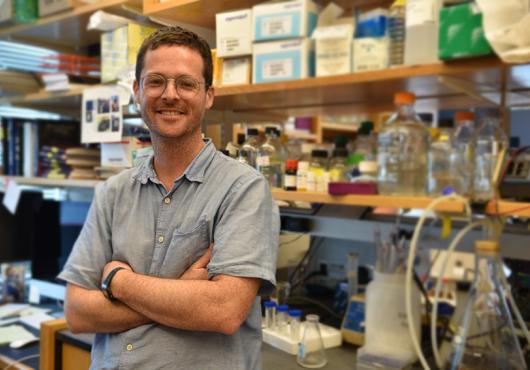