The cancer known as glioblastoma aggressively infiltrates healthy brain tissue. Most adults and children die within one to two years of being diagnosed with the grade IV, highly malignant tumor, which arises in the brain’s supporting glial cells.

Standard treatment involves surgery, radiation and chemotherapy, “but there is no chemotherapy that improves survival,” said Mariella Filbin, Harvard Medical School assistant professor of pediatrics at the Dana-Farber Cancer Institute and a pediatric neuro-oncologist at the Dana-Farber/Boston Children’s Cancer and Blood Disorders Center. “It’s a very vicious tumor that we haven’t gotten a handle on.”

Filbin was co-first author of a study, published online last week in Cell, that made a surprising discovery about this poorly understood tumor: Regardless of what genetic mutation causes glioblastoma, it can readily shift among four distinct cell types, each of which may need to be targeted separately.

Profiling a tumor, cell by cell

Genetically, however, it is completely different. Like many childhood cancers, its various genetic mutations tend to hijack normal pathways of early brain tissue development, which regulate cell functions.

In both children and adults, glioblastoma can take many forms—hence the cancer’s full name, glioblastoma multiforme. But it had been thought that within a given patient, all tumor cells are the same.

That turns out not to be true. The tumor is a mosaic.

Because no single lab could do the work alone, said the authors, Filbin teamed up with Cyril Neftel in the lab of Mario Suvà, HMS assistant professor of pathology at Massachusetts General Hospital; Julie Laffy in the lab of Itay Tirosh of the Weizmann Institute of Science in Rehovot, Israel; and Toshiro Hara of the Salk Institute for Biological Studies in San Diego.

These researchers, all co-first authors on the paper, analyzed tumors from eight children and 20 adults, going cell by cell.

In all, they profiled more than 24,000 cells, sequencing the RNA of each cell. While DNA is hardwired, the RNA “transcriptome” is more like software, providing a readout of which genes are turned on and which proteins the cell is making—revealing what the cell is doing and what state it’s in.

“If you look at single cells, they’re very different from one another,” said Filbin. “Some are more immature, stem-like cells; some are differentiating cells; and some are mature cells that are not even dividing anymore.”

I’ll morph to someone else

The proportions of the different cell types varied according to the genetic defect driving the patient’s cancer (increased copies of PDGFRA, CDK4 or EGFR or alterations of NF1). But every patient had all four tumor cell types.

More ominously, the four cell types could all change into one another. The study found that glioblastomas are highly plastic, their cell types readily morphing over time and when exposed to cancer treatments.

When the researchers injected any of the four types of patient tumor cells into mice, they formed tumors containing all four cell types.

“This explains the failures of single-target drugs,” said Filbin. “The tumors can ‘become’ something else and escape our drug therapies—and it’s very easy for them.”

Recently, Filbin and her colleagues used single-cell RNA sequencing to profile another deadly tumor, diffuse midline glioma, also known as diffuse intrinsic pontine glioma (DIPG). In tumors caused by one specific mutation, they found a rogue, immature type of cell that constantly divided and proliferated much like stem cells, fueling the tumor’s spread.

Unlike glioblastoma, DIPG cells seemed to morph in just one direction: a few rogue cells were able to differentiate into more mature cells. That offers a new approach to explore: getting these tumor-propagating cells to mature and become less of a threat. Filbin thinks other tumors might follow this “unidirectional hierarchy.”

“The younger the child, the more immature the tumors, and the more unidirectional we think they will be, because they resemble early development so much,” she said. “Older children may be more likely to follow a glioblastoma pattern.”

As for glioblastoma, the new findings indicate a need for combination therapies that target all four tumor states at once, the authors said.

Filbin and her colleagues plan to try different combinations of gene-editing approaches and drugs aimed at changing cell state. Such drugs could block molecular pathways that keep tumor cells in an immature state or could target the packaging of DNA into chromatin that determines which RNA is transcribed.

“Applying novel technologies to these vicious tumors gives us an opportunity to understand what drives them at a whole new level that was unthinkable a few years ago,” said Filbin. “The time is ripe to take these findings and finally translate them into novel therapies.”

Tirosh and Suvà were co-senior investigators on the paper. Suvà, Neftel, Filbin and other coauthors are also affiliated with the Broad Institute of MIT and Harvard. The authors declare no competing interests. 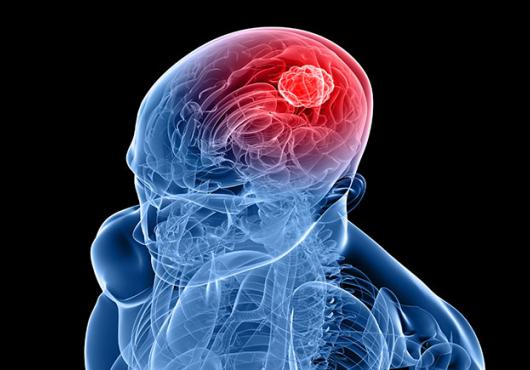 Glioblastoma is a deadly cancer and notoriously resistant to treatment.