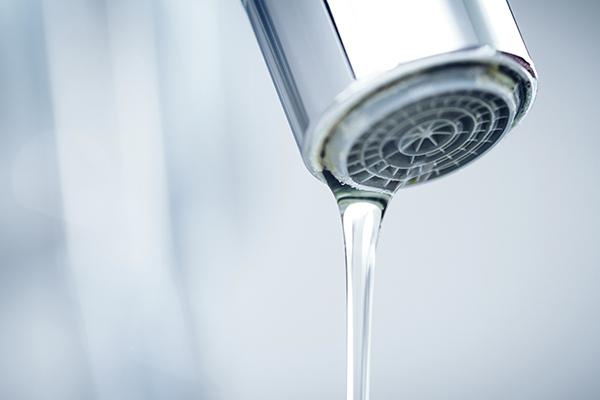 Water supply contamination has become a global issue, affecting communities in the United States and around the world. Exposure to environmental toxins—such as arsenic, cadmium, chromium, lead and other heavy metals—early in life via contaminated water or other sources can have long-term health consequences as children grow.

Investigators in the Harvard Program in Therapeutic Sciences at Harvard Medical School and at Brigham and Women’s Hospital have assessed environmental exposure to multiple toxins in children living in a region of Mexico with a high incidence of chronic kidney disease, especially among young adults.

Not only did the team detect high levels of arsenic and chromium in urine samples from the children, they also were able to detect elevated levels of KIM-1, a biomarker that is being studied as an early sign of kidney injury.

The team’s findings were published in Environmental Research.

“Until now, no one has studied these children—an especially vulnerable population—to determine their risk of exposure and possible measures of kidney dysfunction,” said senior author Vishal Vaidya, HMS associate professor of medicine at Brigham and Women’s, head of the Systems Toxicology Program in the Laboratory of Systems Pharmacology at HMS and associate professor in the Department of Environmental Health at the Harvard T.H. Chan School of Public Health.

“KIM-1 may be an early warning sign of exposure, suggesting that something may be beginning to go wrong in the epithelial cells in the kidneys of these children,” said Vaidya. “Many questions remain to be answered. We don’t know if this effect might be reversible, we don’t know if there are other kidney toxic contaminants such as uranium present as well. Because we don’t have follow-up data from these children, we also don’t know the long-term consequences of this exposure. But this does give us our first insights into this population at a young age.”

“Until now, no one has studied these children—an especially vulnerable population—to determine their risk of exposure and possible measures of kidney dysfunction” — Vishal Vaidya

The team found exceedingly high levels of arsenic and chromium in urine samples collected from 107 children living in the north-central region of Mexico—levels that were even higher than exposure limits set for adults.

When the team measured traditional biomarkers of kidney function, such as those measured at a routine physical exam, they did not find elevated levels of these markers. However, more sensitive and specific biomarkers of kidney injury recently qualified by the FDA for use in preclinical studies, including kidney injury molecule-1 (KIM-1), were elevated in the children. KIM-1 was first discovered by paper co-author Joseph Bonventre, the HMS Samuel A. Levine Professor of Medicine and chief of the Renal Unit and director of the Bioengineering Division at Brigham and Women’s.

“For the first time, we’ve been able to evaluate and assess an early warning sign of kidney injury—one that may give us the ability to act in advance before there is irreversible harm,” said first author Mariana Cardenas-Gonzalez, a postdoctoral fellow in the Vaidya lab. “This may be a problem that can be solved by reducing exposure, but first we need to understand how such high levels of these toxins are winding up in the urine of these children.”

The research team also tested samples from the children’s tap water, identifying a contaminated drinking supply as the likely source of arsenic.

The source of chromium, however, remains unknown. Chromium exposure can come from contaminated air, soil, water, food or tobacco products, and further studies will be needed to identify which source or sources may be responsible for the children’s elevated levels.

In addition to the unknown route of exposure, other questions remain to be answered about the short-term and long-term consequences of elevated levels of these toxins in children and whether reducing exposure may reduce risk of injury. Cardenas-Gonzalez, who is in the process of accepting a role as a principal investigator at a university in Mexico to begin this fall, plans to return to Villa de Reyes county in San Luis Potosi, Mexico, to continue to follow the children over time.

Funding for this project was provided by fellowships from the National Council on Science and Technology (CONACYT, grant 234833) and Fundación México en Harvard; an Outstanding New Environmental Sciences (ONES) award from NIH/NIEHS (ES017543); a pilot project grant from the Harvard-NIEHS Center for Environmental Health (P30ES000002); and a pilot facility access grant from HSPH-NIEHS (grant P30ES000002).