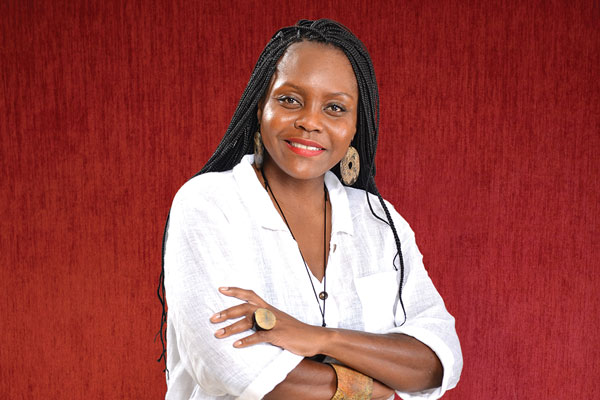 Phenide Beaussejour’s father died of a heart attack when she was 12 years old.

Like many people in her home country of Haiti, her father suffered the consequences of a weak health care system.

Discouraged by the structural and financial challenges of treating his condition, he was forced to make the impossible choice between seeking treatment for his illness and providing for the wellbeing of his family. He chose the latter. He hoped that he could live without medical care.

Her father died on a November night and, according to the doctors, he might have survived if he had been treated earlier.

Losing him is what inspired Beaussejour, now 36, to pursue a career in medicine.

"In community health, we talk about the importance of accompaniment, which means walking with people, knowing their story and making them true partners in our work."—Phenide Beaussejour

When she graduated from a Cuban medical school in 2005 and returned to Haiti as a physician, she saw her father’s story repeated from the other side of the exam table. Many of her patients delayed seeking care for economic reasons. All too often they waited until it was too late for any medicine to save them.

“As a doctor you can save lives, but only one at a time,” Beaussejour said. “To make the kind of profound changes that are necessary to help all those in need in places like Haiti, you need to go beyond the clinic to understand people's lives in the context of their community, their society and their history.”

Beaussejour soon began to focus her work on the need for a comprehensive health system that takes into account the social, economic and cultural needs of the people it seeks to serve.

She worked with international organizations to provide emergency care in the aftermath of the 2010 earthquake; then she began developing long-term programs to meet the needs of the more than 2 million people who were displaced by the quake, such as a pilot health insurance program for some of the nation’s most vulnerable people.

It is a difficult challenge. Since the earthquake, thousands of Haitians have lost their lives in the nation’s first-ever cholera outbreak. Poor sanitation and sewage allowed the disease to spread, and lack of access to care allowed thousands to die.

“They didn’t perish from cholera,” Beaussejour said. “What really killed those people was poverty.”

In 2014, Beaussejour won a Fulbright scholarship and entered the HMS Master of Medical Sciences in Global Health Delivery program. Her goal is to build the quantitative and qualitative research skills she needs to help make sure that people everywhere have access to life-saving medical care and that they don’t have to die because of where they happen to have been born.

Her personal and professional experiences, she says, have shown her that it is important to involve the members of the communities she seeks to serve because they will be the core stakeholders of any new programs that are developed.

"In community health, we talk about the importance of accompaniment, which means walking with people, knowing their story and making them true partners in our work,” Beaussejour said. “Building this kind of relationship is essential for helping people achieve positive change in their lives."