Variations on an Enzyme

Study reveals essential role of a protein in Crohn's disease 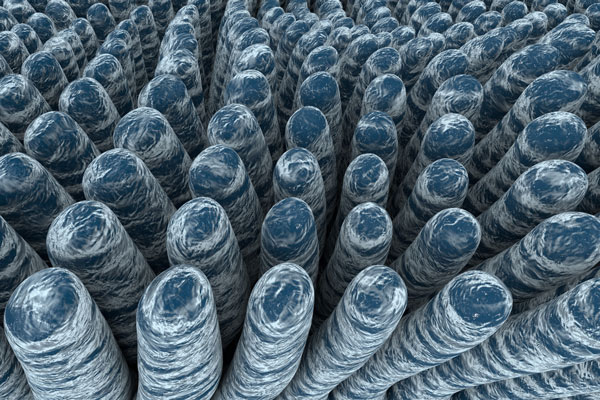 A variant in an important epigenetic enzyme—previously associated by population-based genetic studies with Crohn’s disease and other immune disorders—interferes with the action of the innate immune system, potentially upsetting the healthy balance between the microbial population of the gastrointestinal tract and the immune response.

In their paper, published in Science Immunology, the team reports findings that SP140—an epigenetic reader protein that plays a critical role in determining whether target genes are expressed—is essential to suppressing inappropriate gene expression in macrophages, innate immune cells that are critical to maintaining intestinal balance.

“More than 400 enzymes write, read or erase the epigenome, and mutations in these enzymes are some of the most prevalent perturbations in cancers, prompting rigorous efforts to identify compounds that could inhibit their function and reset gene expression,” said HMS assistant professor of medicine Kate Jeffrey, of the Mass General Gastrointestinal Unit and the Center for the Study of Inflammatory Bowel Disease. Jeffrey is the corresponding author of the Science Immunology report.

“Our knowledge of epigenomic enzyme mutations in immune-mediated disease is lagging well behind the cancer field, and our study—the first to examine the function of SP140 in any detail—shows how its loss in Crohn’s disease triggers intestinal inflammation,” Jeffrey said.

SP140 is predominantly expressed in immune cells, and a variant form of the gene has been associated with Crohn’s disease, multiple sclerosis and chronic lymphocytic leukemia. Prior to this study both the normal function of the SP140 protein and how the gene variant affected the protein and caused disease were unknown.

SP140 is predominantly expressed in immune cells, and a variant form of the gene has been associated with Crohn’s disease, multiple sclerosis and chronic lymphocytic leukemia.

In a series of experiments, Jeffrey’s team showed that the unaltered form of SP140 is required to maintain the appropriate expression of genes that define the identity and function of macrophages.

The immune disorder variant, characterized by 17 individual sequence changes, resulted in a loss of SP140 protein that compromised the ability of macrophages to respond to microbial signals.

The researchers also showed that reducing SP140 expression in the immune cells of a mouse model of colitis increased intestinal inflammation. In addition, examining intestinal biopsy samples from a group of Crohn’s disease patients revealed that those in whom SP140 expression was reduced responded better to anti-TNF (tumor necrosis factor) therapy than did patients with typical SP140 levels. This treatment for inflammatory conditions is effective in only about half of Crohn’s patients.

“Finding this correlation between lower intestinal levels of SP140 and a better response to anti-TNF represents a potential precision medicine strategy for tailoring anti-TNFlike therapies to Crohn’s patients carrying the variant form of SP140,” said Jeffrey.

“Our study may also lead to better inflammatory bowel disease therapies by highlighting the critical role of epigenetic mechanisms for intestinal health. Although directly targeting SP140 would not be a good option since its loss is detrimental to intestinal health, leveraging other epigenetic enzyme inhibitors that promote protective innate immune responses in the intestine could be a real therapeutic option,” Jeffrey said.

Additional research is needed to better understand exactly how SP140 normally limits the expression of inappropriate genes and whether this function is limited to macrophages or also occurs in other SP140-expressing immune cells, Jeffrey noted.

Her team also hopes to investigate the role of the Crohn’s-associated SP140 variant in multiple sclerosis and chronic lymphocytic leukemia, along with identifying other epigenetic enzymes that may be therapeutically targetable in inflammatory bowel disease and other immune-driven disorders.

Support for the study includes National Institutes of Health grants P30DK043351 and R01AI07087 and a grant from the Kenneth Rainin Foundation.