Mapping environmental, economic and health factors may point the way to sustainable development 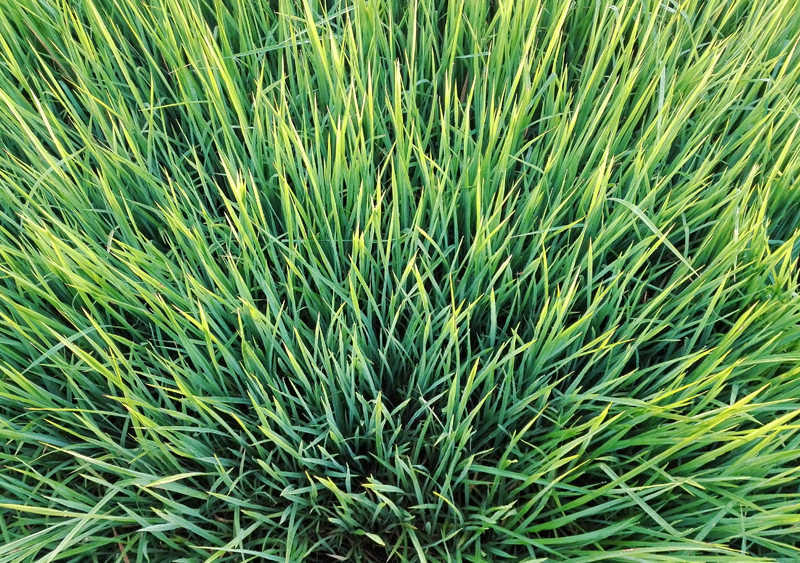 A new mathematical model shows how poverty and health are interwoven with the environment for farmers and other rural people living in poverty. Image: pimonpim/iStock/Getty Images Plus

When Calistus Ngonghala was growing up in a subsistence farming community in rural Cameroon, his family and friends earned their living in close contact with the land.

Ngonghala’s community suffered from a continuous burden of deadly diseases, including malaria and HIV. These not only affected people’s health but also diminished their earnings and increased their expenses, making it impossible for many to rise out of poverty. It is what economists call a poverty trap: People don’t earn enough to accumulate enough wealth to re-invest in increased productivity.

In a study published July 3 in Nature Ecology & Evolution, Ngonghala, now a mathematical biologist, presents an advanced method for modeling the systems that create poverty traps in rural subsistence economies. This is believed to be the first theoretical framework of its kind that predicts poverty traps based on a combination of economic, ecological and epidemiological factors.

Though drawing from economic growth models, the authors show that the dynamics of poverty can also be framed as predator-prey relationships. The models reveal a tangled ecological-economic food web that permanently traps people in self-propagating cycles of poverty, disease, low agricultural production and environmental degradation.

“These kinds of models are an essential step towards understanding persistent poverty and finding solutions for long-term sustainable development,” said Ngonghala, who conducted the study as a research fellow in the HMS Department of Global Health and Social Medicine. He is now an assistant professor of mathematical biology at the University of Florida.

“The livelihoods of the rural poor are literally consumed by other organisms in complex ecological systems,” said HMS assistant professor of global health and social medicine Matthew Bonds, an economist and ecologist and the senior author of the article.

Stuck below the poverty line

Nearly a billion people in the world live below the international poverty line. Most live in rural communities, relying on their immediate natural resources for subsistence. A majority of this population dies from infectious diseases, and their capital, both human and economic, is consumed by organisms embedded in their ecological system, such as agricultural pests, termites, rodents and human parasites.

Using equations similar to those designed to analyze predator-prey relationships in population biology, the researchers built a model that allowed them to calculate the impact of fluctuations in economic factors—such as access to fertile soil or fisheries and a healthy and well-nourished workforce—and natural enemies, including infectious disease and agricultural pests. Combining these variables into a single model allowed the researchers to predict how a broad, complex set of factors interact synergistically.

According to the model, the reason poverty and poor health are so difficult to overcome for the rural poor is that the most likely combinations of factors in the lives inevitably lead to continued poverty. When people can’t earn enough to pay for health care or education or to invest in increased productivity, it’s hard to find a way out of the poverty trap.

“Human disease in the absence of effective, affordable health systems is one of the most powerful forces that reinforces that pattern,” Bonds says.

Putting the equations to work

Emphasizing that the new tool is not intended as an “armchair theory” but instead has practical applications, the researchers note that their model can help identify effective pathways toward sustainable development by highlighting the feedback, processes and parameters that are important to measure in studies of rural poverty.

The authors of the paper and colleagues are testing these models in Madagascar in collaboration with PIVOT, an organization Bonds co-founded that partners with communities to provide accessible and comprehensive health care services with rigorous scientific research to save lives and break cycles of poverty and disease. The researchers say they have witnessed rapid changes in health outcomes as a result of large-scale health interventions there and that their analysis should help clarify which interventions have the highest impact.

Analyzing these concrete, real-world examples should improve the theoretical model, which should in turn help point the way toward better strategies in the future.

For example, working with first author Andres Garchitorena, an HMS research fellow in global health and social medicine, Bonds published a study in the August issue of Health Affairs that examined the impact of subsidizing free access to medication to encourage greater use of available health care serives.

The study took place in the district of Ifanadiana in a mountainous rainforest area of the Vatovavy-Fitovinany region in southeastern Madagascar. According to a baseline study led by HMS principal associate Ann Miller, the region has some of the worst health and socioeconomic indicators in the country, such as an under-five mortality rate of 1 in 6.

The study showed that eliminating medicine fees, which were about 60 cents per patient, could be an effective way of substantially increasing health care access for a wide segment of the Malagasy population. Less than one-third of patients accessed health care services when the fees were in place. Waiving the fees was associated with a 65 percent increase in use of services for the overall population. However, waiving fees had a smaller but progressive effect on the use of maternal care, which increased by 14 per cent per year in the two years since the intervention was implemented.

To understand why health care interventions work, or how they can work best, the researchers say they need to tease out the most important of the many complex social, cultural, economic and environmental factors at play.

“As we consider new ways to improve the health of the rural poor, and as existing interventions are scaled up, robust research that embraces the complexity of the economic, environmental and social forces at work in shaping health will help us find the best way forward,” Bonds said.

While the specifics of how people interact with their environments will likely be quite different for other kinds of communities, the researchers say that the dynamics they have identified by looking at rural poverty offer important clues for understanding the broader global challenges in building sustainable development in other contexts, including middle-income countries and urban settings.

“After all,” said Ngonghala, “human economies are ultimately embedded within the global environment.”

This research was supported by the National Institutes of Health (grant numbers R01GM109499, R01TW010286 and K01TW008773 from the Fogarty International Center), a Scholar Award in Complex Systems Science from the James S. McDonnell Foundation, the National Science Foundation (grant number1414102), the Bill and Melinda Gates Foundation, Stanford GDP SEED (grant number 1183573-100-GDPAO), the SNAP-NCEAS-supported working group “Ecological levers for health: advancing a priority agenda for disease ecology and planetary health in the 21st century,” and by a grant from the Herrnstein Family Foundation.