What does the recent Texas ruling portend for the Affordable Care Act and health care in America? 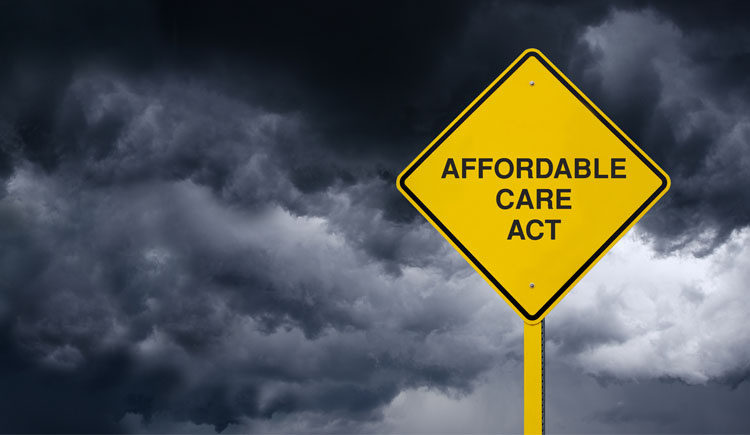 The Dec. 14 ruling by a federal judge in Texas declaring the Affordable Care Act (ACA) unconstitutional threatens to unravel the most sweeping health care reform in the United States since the creation of Medicare and Medicaid in the 1960s.

While the Texas decision does not affect 2019 enrollment, if the ruling is upheld, it could dismantle health coverage and protections for more than 16 million Americans and destabilize the entire health care system.

HMN: What do you make of the Texas ruling?

RF: Seldom do you see legal scholars of virtually every persuasion agree that a ruling is fatally flawed. This is the case with this one. Since I am not a legal scholar I will not comment on the technical dimensions of the decision. It is worth noting, however, that the judge’s ruling that the entire ACA is invalid because of the elimination of the tax penalty for not having coverage seems entirely inconsistent with the history of the 2017 tax legislation. That is, the tax law focused narrowly on elimination of the tax penalty, rather than on other provisions of the ACA such as protection for preexisting conditions and the expansion of coverage for children until age 26 under their parents’ insurance plan.

HMN: What would be some of the most dramatic immediate consequences of repealing the ACA on a federal level?

RF:Invalidating the entire ACA could have a stunning array of negative effects. I will name just a few big ones. About 130 million people with preexisting conditions would lose protection if they sought to buy insurance on their own. Medicaid expansion would be eliminated, as would the health insurance marketplaces and the subsidies that helped 9 million people buy health insurance. Those two provisions would result in roughly doubling the number of uninsured people. Several million young adults who gained health coverage through their parents’ insurance would lose that coverage. Seniors would face much higher prescription drug costs because Medicare prescription drug coverage would be reduced. Finally, billions of dollars dedicated to fighting the opioid and suicide epidemics would disappear.

HMN: What would be some of long-term, ripple effects of an ACA repeal?

RF:The ACA resulted in significant expansion of Medicaid and other health plan coverage aimed at reducing deaths from drug overdose, treatment of opioid misuse and opioid addiction. This ACA expansion dwarfs all the money that Congress allocated for grant programs dedicated to the opioid epidemic over the past three years. Invalidation of the ACA would represent a massive retreat in efforts to curb opioid-related deaths and reduce suicides. Given that over 72,000 people died from drug overdoses last year, the timing for such a retreat could not be worse. In addition, most of the efforts to change the way we pay for health care would cease. Efforts to address fraud would be curtailed. The FDA would no longer have the authority to approve the marketing of biosimilar medications through a special regulatory pathway. Taxes that help fund Medicare would be eliminated creating heightened financial pressures on a program that serves 35 million older adults and disabled Americans. In sum, if the decision is upheld, nearly every U.S. resident would be affected by it.

HMN: What would you like those covered by the ACA to know in the aftermath of this decision?

RF:As I mentioned, every American would be affected by this decision. It represents bad policy that will harm the most vulnerable among us—low-income people, those who are less well-off, senior citizens—and will reverse recent attempts to modernize the U.S. health care system.

HMN: Is there anything that healthcare providers need to know or do?

RF: Let your elected representatives know about your concerns directly and through your professional societies.

HMN: What happens next?

RF: The ruling will certainly be appealed. Congress can take actions to offset the decision. Whether it will remains to be seen.

Richard Frank is the Margaret T. Morris Professor of Health Care Policy in the Blavatnik Institute at Harvard Medical School.