Study illuminates how undifferentiated cells commit to their biological fate 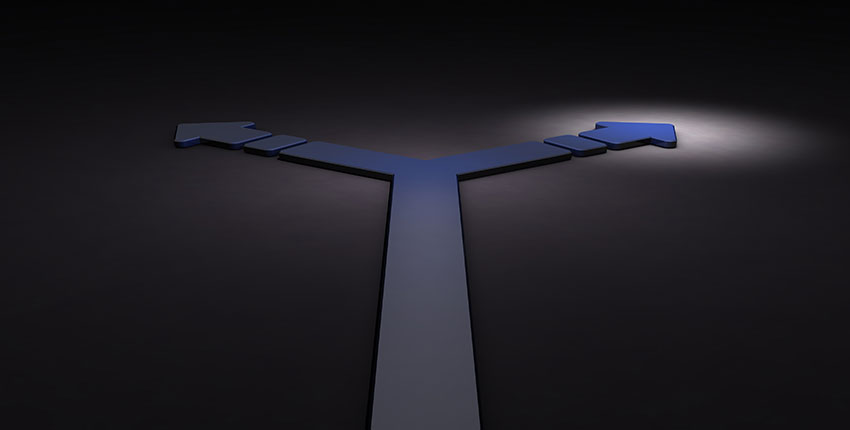 From the light-sensing cones of the retina to the blood-pumping muscle of the heart to the waste-filtering units of the kidneys, the human body is made up of hundreds of cell types exquisitely specialized to perform their jobs with great precision.

This complexity, however, belies the fact that each of the trillions of highly specialized cells start out as a single primordial cell.

How do these primitive, undifferentiated cells choose their ultimate destiny? It’s a question that has tantalized biologists for centuries.

Now, scientists from Harvard Medical School, the Karolinska Institutet and the Medical University of Vienna, among other institutions, have uncovered intriguing new clues about the molecular logic of cells that informs their fates.

The findings, published June 7 in Science and based on a study of mouse neural crest tissue, show that cells face multiple competing choices on their journey to adulthood and perform a series of binary decisions until they reach a final destination.

“A progenitor cell could become anything, but how is that choice realized?” said co-senior investigator Peter Kharchenko, associate professor of biomedical informatics in the Blavatnik Institute at Harvard Medical School.

“Our study represents an attempt to define the molecular logic behind cell choice. We believe our findings can help us understand how cells orient themselves toward a particular fate and what might go wrong in the process of cell differentiation,” he said.

The research reveals that neural crest cells’ decisions occur in three phases: activation of competing genetic programs vying for the cell’s attention, gradual biasing toward one of these programs and the cell’s ultimate commitment.

Beyond shedding light on a fundamental question in biology, the study results can help illuminate what goes awry in stem cells that “take the wrong turn” and become malignant or help inform new techniques for growing artificial neural tissue for medical treatment, the investigators said.

“We hope our findings can provide a new window into the diversity of neural crest cells and help explain both the normal development of cells that give rise to craniofacial, heart and sensory tissues but also some of the pathologic ‘detours’ along the way that lead to abnormalities of cell differentiation,” said study co-senior author Igor Adameyko, a senior researcher at the Karolinska Institutet and the Medical University of Vienna.

“Such insights are critical not only for understanding the fundamental biology of cellular differentiation but, possibly for informing therapeutic strategies down the road,” Adameyko said.

The researchers traced the trajectories of primitive cells from mouse neural crest tissue—a collection of cells that arise from the ectoderm, one of the primary germ-cell layers formed during embryonic development. These progenitors give rise to a variety of cells, including different nerve cells in the brain, spinal cord and elsewhere in the body, pigment-producing cells as well as the cells of the bones, cartilage and smooth muscles that make up the skull and face.

To retrace the decision making of these primitive cells as they diverge into different areas of specialization, the investigators used single-cell sequencing, a technique that allows one to observe the genetic changes in individual cells, one cell at a time. The researchers plotted a cell’s trajectory in the form of decision-making trees, marked by a series of forks on the road.

To determine the sequence of a cell’s decisions and how it commits to a given fate, the scientists tracked the rate of RNA change in individual cells. RNA changes—measured by shifts in the rate of gene expression and protein production—occur when a cell is starting to carry out marching orders from genes and to transform itself. As genetic programs get activated or silenced, the rate of RNA production changes accordingly.

Much to the researchers’ surprise, the analysis revealed that competing groups of genes—genetic programs that regulate various cellular functions—nudge cells simultaneously toward different developmental paths. As cells decide on a path, one genetic program becomes stronger, while the competing one gets weaker, allowing the cell to move toward its chosen path.

The analysis shows that cells face a series of binary choices, with each subsequent decision further narrowing the choice of specialization. For example, the analysis demonstrates that the first bifurcation on a cell’s journey occurs at an intersection when a neural crest cell must choose whether it will become a sensory nerve cell or another type.

At the next fork on the road, the nerve cell must decide between becoming a glial cell—a type of cell that supports and shields neurons—or a neuron, and so forth until a final state is reached.

The next question, the scientists wanted to answer was how a cell is steered toward a particular fate.

“Does the cell slowly start to activate the molecular machinery that pushes it on the right path or is there something else going on?” Kharchenko said.

The findings reveal that individual genes do not bias the cell’s choice independently of each other. Instead, whole clusters of genes associated with distinct fates get activated simultaneously and vie for the cell’s attention. The closer the cell gets to a decision fork, the greater the co-activation of the two genetic programs, each beckoning the cell in a different direction—a decision between becoming a jawbone cell versus a nerve cell, for example.

The observation suggests that a cell makes a choice only after both programs are partly activated, priming the cell for both alternatives before it commits. Once the choice is made, the irrelevant genetic program is silenced.

“That was rather surprising,” Kharchenko said. “We expected to see something simpler like the cell showing early preference for one option over another. Instead, we observed that the cell prepares for both options, considers both options and only then commits to a decision.”

The findings, Adameyko said, suggest that “a complex, long history of conflicting signals gradually prepares the cell for a range of possible outcomes, a journey that ends with the distillation of these choices into a single available option.”

The researchers caution that their findings reveal the internal decision making of a cell and how a decision is executed, not the factors that actually guide the ultimate choice.

Those factors, the team said, are likely external signals from a cell’s surroundings, rather than signals that arise from within. The cell, however, must be primed to respond to the relevant external signals when they arrive.

“What we see is how the cell prepares for that decision and gears up to respond to one call or another,” Kharchenko said. “Something pushes the cell in one direction, but we still do not know what that catalyst is.”

Veering off the right path

The observations can help scientists understand how cells mature to perform their roles but, just as important, how they may veer off course and begin to divide uncontrollably—the cardinal feature of cancer. For example, the findings can illuminate the processes that underlie the diversity in tumor cell populations and resistance to therapy in certain pediatric cancers called neuroblastomas, tumors that arise from immature nerve cells.

Several types of cancer originate from the neural crest lineage, including tumors of the peripheral nervous system, some endocrine tumors and melanoma. Although cell specialization is a tightly controlled process, errors of differentiation can occur, giving rise to malignancy, the researchers said.

“There has been some indication that neural crest tumors arise from a cell’s inability to overcome differentiation forks on the road and it gets stuck,” Kharchenko said. “Moving forward, we want to find out at what point a cell breaks away from its intended path and starts to overproliferate.”

The researchers said that conducting a similar analysis on human neural crest tissue to detail the precise molecular events that occur at these critical junctures—and how cells resolve or fail to resolve them—would be an important next step to understanding the changes in genetic programs that accompany normal and abnormal differentiation.