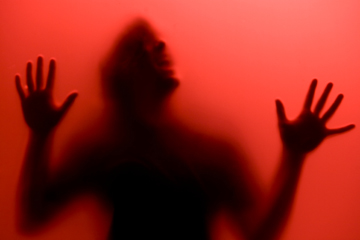 U.S. graduate students in psychology receive very little instruction in military medical ethics, and are largely unaware of their duties under the Geneva Conventions, despite the longstanding ties between the American Psychological Association and the military, according to a new study, even though psychologists were the architects of “enhanced interrogation” programs used at Abu Ghraib, Guantanamo and elsewhere, which many leading ethicists and legal scholars have described as torture.

The findings, from a study led by Harvard Medical School researchers at Cambridge Health Alliance and several other Boston-area institutions, were published last week in the International Journal of Health Services.

“Psychologists need to know about these matters to ensure they don’t inadvertently become pawns of the U.S. military establishment and also to hold their colleagues who have committed crimes in the name of patriotism accountable for their actions,” said J. Wesley Boyd, HMS assistant clinical professor of psychiatry at Cambridge Health Alliance. Boyd is lead author of the study.

“The abuses at Abu Ghraib and Guantanamo galvanized much of the world against the United States,” Boyd said. “The fact that Guantanamo is still open and continues to flout international law—most recently by force-feeding detainees—will likely go down as one of our country’s most egregious ethical lapses.”

The researchers surveyed 185 students at 20 different graduate programs in clinical psychology. They found that 74 percent of students had received less than one hour of instruction about military medical ethics and 97 percent had received five hours of instruction or less.

The researchers also found that 48 percent of the students could not state when they would be required to disobey an unethical order from a superior. Confusion on this matter may stem, the authors believe, from two contradictory, co-existing policy documents backed by the APA: a 2005 presidential task force report that in essence allows psychologists to use the so-called Nuremberg defense, the argument that a person was merely following orders in carrying out an unethical act (which was repealed last year), and a 2008 APA policy referendum affirming that psychologists must strictly adhere to international human rights conventions.

Only 5 percent of the students were aware that, beginning in 1987, Congress authorized the Health Care Personnel Delivery System (HCPDS), which established a specific process for drafting psychologists and other health care personnel in time of military need. If they desired, Congress and the president could activate the HCPDS and begin drafting civilian psychologists for military service in a matter of weeks.

The authors argue that given the existence of the HCPDS and the extensive involvement of psychologists in every aspect of recent U.S. military interrogations and torture, all clinical psychologists need to be knowledgeable about the Geneva Conventions and military medical ethics. They also urge further scientific study of these matters.