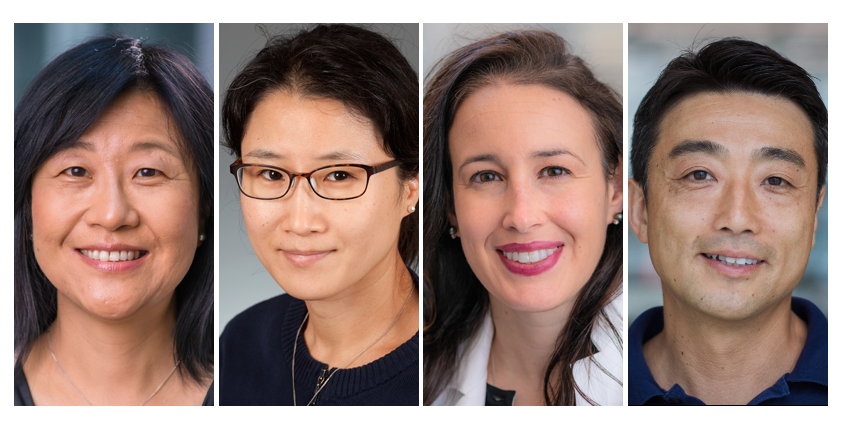 Four Harvard Medical School faculty members were named Howard Hughes Medical Institute Investigators on Sept. 23. They are among 33 individuals recognized as outstanding scientists working to solve some of the most challenging problems in biomedical research.

The new HHMI Investigators from HMS are:

Chenghua Gu, professor of neurobiology in the Blavatnik Institute at HMS

Neurons in the brain are highly sensitive to their surroundings. To maintain a controlled chemical environment and protect the brain from toxic or unwanted signals, the blood-brain barrier selectively allows only certain molecules to enter the brain from the blood.

In her lab at HMS, neuroscientist Chenghua Gu studies how the brain establishes this protection. “Having a tightly controlled barrier is no doubt very important for normal brain function,” she said. “At the same time, it is the biggest obstacle to delivering drugs into the brain.”

The blood-brain barrier is formed by endothelial cells that line the walls of brain blood vessels. To enter the brain, molecules in the blood must either go between these cells or through them. Neuroscientists thought blood vessels stopped unwanted traffic by keeping endothelial cells locked tightly together, preventing most molecules from slipping through.

Gu’s discovery suggests that scientists could alter the blood-brain barrier by manipulating the molecular pathways that inhibit trafficking across endothelial cells. That control could allow easier delivery of needed medications. It could also help tighten the barrier when it becomes leaky, which occurs in certain neurodegenerative diseases.

Sun Hur, professor of biological chemistry and molecular pharmacology at HMS and the Oscar M. Schloss, MD Professor of Pediatrics at HMS and Boston Children’s Hospital

Sun Hur is solving the immune system’s most perplexing mysteries.

When fighting an invading pathogen, the body must be careful not to attack itself. Distinguishing its own molecules from those of a foreign organism is “a fundamental basis for defense against microbial infection,” said Hur.

One way the immune system can spot a viral invader is by recognizing its double-stranded RNA. Protein sensors detect the RNA, kicking off an immune response. But how the immune system coordinates this response—and differentiates viral RNA from RNA made by the body—is not well understood, Hur said.

Her team has discovered a key part of this viral detection process. The immune system’s virus- spotting machinery includes receptor molecules that bind to double-stranded RNA. The receptors form filaments during that binding process, Hur’s team determined. The filaments then go through a series of molecular steps that identify the virus to the immune system.

Each step functions as a checkpoint, Hur said, giving the immune system several chances to ensure the target is foreign. She calls this molecular pathway “powerful yet dangerous.”

The receptors can trigger a useful immune response that researchers could potentially tap to fight viral infections, as well as inflammatory diseases and cancers. But there are several ways for the detection process to go off course, she noted, possibly leading to inflammatory disorders. By exploring such processes, Hur hopes her work will lead to new ways to keep the immune system on target.

Although often depicted as a linear piece of code, DNA has 3D structure when packed within chromosomes. Molecular biologist Cigall Kadoch studies an influential molecular machine that alters this structure to control gene activity.

Known as SWI/SNF or BAF complexes in mammals, this diverse family of protein assemblies governs the architecture of the genome, turning genes on and off, and dialing activity up or down at the right times.

SWI/SNF complexes are critical for the development of virtually every type of tissue. When they malfunction, the consequences can be devastating. Mutations affecting SWI/SNF contribute to more than 20 percent of human cancers and are frequently found in neurodevelopmental disorders and immune conditions. The complex is also complicated. Encoded by 29 genes, it assumes three primary forms, which can exist in more than 1,000 different configurations, likely each with specific roles.

Kadoch’s lab uses human disease genetics as an entry point to study how SWI/SNF works. Her team’s studies have uncovered the biochemical, structural, and functional consequences of SWI/SNF subunit aberrations, each of which contributes to disease in distinct manners.

Now, Kadoch’s group is defining the mechanisms underpinning SWI/SNF complex disruptions. They aim to fully delineate how the complex functions in human health and disease, which could offer hope to many patients. The team’s discoveries could lead to new treatments that target specific mutations responsible for different cancers. In fact, Kadoch said, understanding SWI/SNF complex features “serves as a powerful foundation for defining new therapeutic opportunities across a wide range of human diseases.”

His team has shown that beige fat collects sugar and other metabolites, removing them from the bloodstream where they can wreak havoc on the body. This discovery suggests that beige fat could counteract diabetes. Now, Kajimura’s team is pinpointing the molecular players that might help brown and beige fat ward off metabolic diseases. They have discovered the master regulator of brown and beige fat development and the molecule that transports fuel inside these cells.

Kajimura’s overarching goal is to generate molecular blueprints that illustrate how white fat is remodeled into beige fat and how such processes go awry in disease. Mapping out these events could one day enable scientists to rewire a person’s metabolic circuitry, potentially improving their metabolic health.

This year’s class of scientists come from 21 U.S. institutions and will join approximately 250 scientists in HHMI’s Investigator community. Each new Investigator will receive roughly $9 million over a seven-year term, which is renewable pending a successful scientific review. HHMI selected the new Investigators from more than 800 eligible applicants. 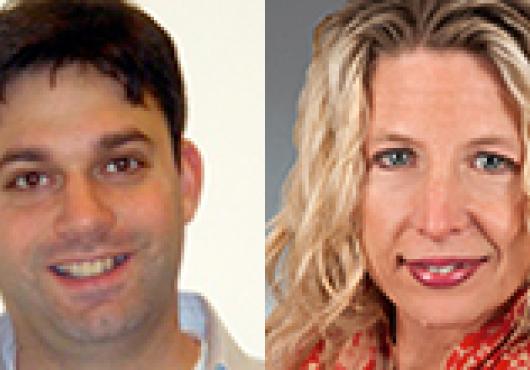