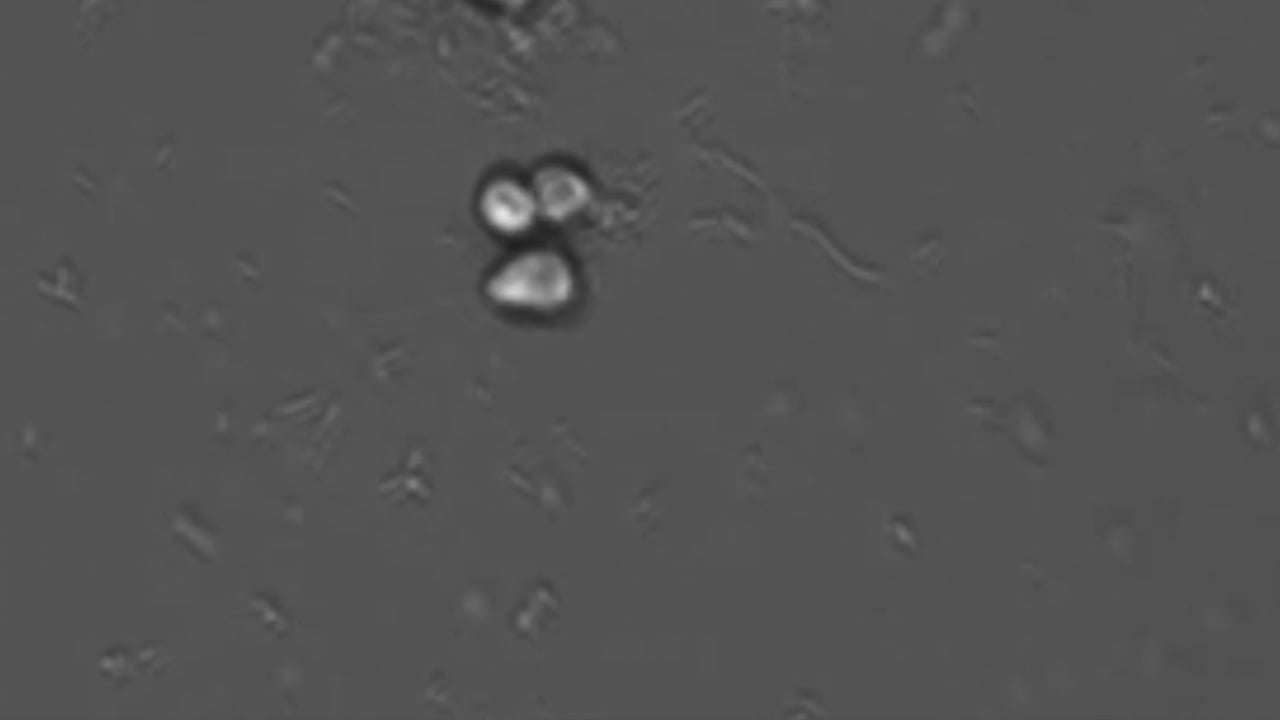 Researchers interested in the evolution of multicellular life were looking for bacteria that stimulate Salpingoeca rosetta, single-cell saltwater dwellers that are the closest living relatives of animals, to form the rosette-shaped colonies that give them their name. But one bacterium had quite a different stimulating effect: It motivated S. rosetta to have sex.

“The last thing anyone expected was an aphrodisiac,” said Jon Clardy, the Hsien Wu and Daisy Yen Wu Professor of Biological Chemistry and Molecular Pharmacology at Harvard Medical School.

The discovery, published online in Cell Aug. 31, is notable for more than mere titillation. It’s the first known instance of bacteria inducing mating in eukaryotes—organisms with membrane-enclosed nuclei and other organelles—potentially providing insight into broader questions of how bacteria influence the development and behavior of eukaryotes, including plants and animals.

“The world is appreciating more and more the importance of symbioses with bacteria, such as the microbiome, but I had never heard of anything like a bacterium that induces sexual fusion before,” said J.P. Gerdt, a research fellow in the Clardy lab and co-first author of the study, along with Arielle Woznica of the University of California, Berkeley. “I think by demonstrating a new type of bacteria-induced behavior, we may inspire others to look in the systems they study and see if they might have missed that bacteria play a role there as well.”

The study also revealed that the primitive S. rosetta can make a molecule called a chondroitin, which scientists thought didn’t arise until many branches later in the evolutionary tree.

“That’s new and fulfilling,” said Gerdt. “It’s also satisfying to see our collaborators, who are experts in evolutionary biology, so excited. It shows how transformative this discovery is going to be for their field.”

Nicole King of UC Berkeley has been studying S. rosetta to help illuminate how humans and other multicellular organisms evolved from single-celled creatures. Along the way, she has revealed how bacteria can influence S. rosetta and other organisms in unexpected ways.

King and Clardy, who share senior authorship of the current study, previously worked together to show that formation of S. rosetta’s distinctive flowery clusters can be triggered by a bacterial protein.

When King’s group added a bioluminescent marine bacterium called Vibrio fischerii to their dishes of S. rosetta, no rosettes formed. What happened instead was “striking,” said Clardy: The tiny S. rosetta flagellates propelled themselves into orgy-like swarms of up to 50 cells each and began to mate. 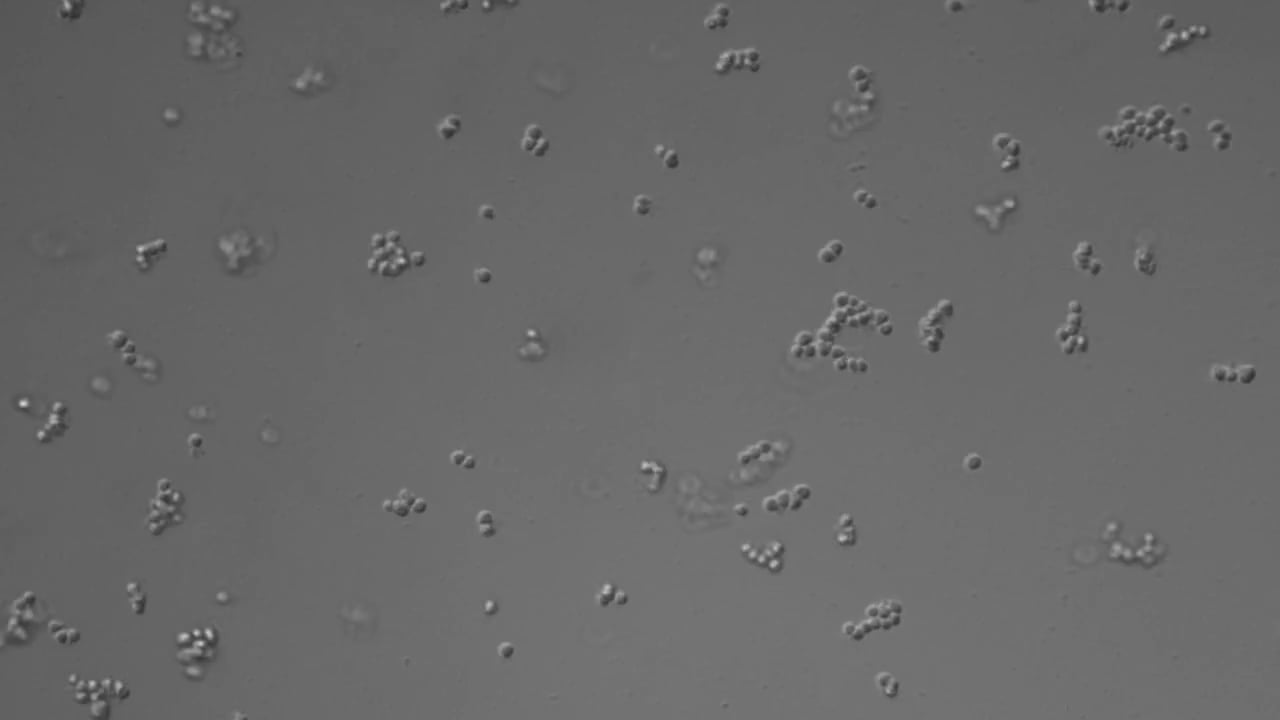 Clearly, V. fischerii was secreting something S. rosetta found exciting. But what? King sent samples to the Clardy lab, which specializes in solving biochemistry puzzles, to find out.

A series of tests narrowed the candidates to a single protein not previously known to science. The researchers dubbed it EroS, short for “Extracellular regulator of Sex.”

Further experiments revealed that EroS is a chondroitinase—an enzyme that breaks down chondroitin. Sure enough, when the researchers peered deeper, they found that S. rosetta makes chondroitin sulfate, a chain of sugars best known for forming part of the structure of cartilage.

“We didn’t know choanoflagellates [like S. rosetta] had the ability to produce chondroitin in their cell coding,” said Gerdt. “This certainly wouldn’t have come about in a rational, hypothesis-driven study. Because we discovered it serendipitously, we got this whole new finding that changes the evolutionary timeline of chondroitin development.”

Blocking EroS stopped S. rosetta from swarming and mating, while adding chondroitinases made by other marine bacteria reignited the frenzy.

Now that they have confirmed the “what,” the researchers want to know how exactly EroS works, why V. fischerii makes a molecule that stimulates mating in S. rosetta and whether the same phenomenon occurs in the organisms’ natural habitats. They are also beginning to investigate other ways bacteria interact with S. rosetta and its relatives.

For Gerdt, the work is most compelling in its potential to illuminate the evolutionary history of bacterial symbioses and gain a deeper understanding of how organisms like us are affected by bacteria today.

“Animals and S. rosetta share a common ancestor that is basically the precursor to animals,” said Gerdt. “If we get a better picture of how S. rosetta interacts with bacteria—and we’re just at the initial stages of this—then we can start drawing comparisons to how animals interact with bacteria. It’s like a really early snapshot of how these bacterial-eukaryote, or bacterial-animal, interactions started, so we can try to get the bigger picture of how all these symbioses work.”

The findings are interesting on another level because human sperm cells use an enzyme “sort of distantly related” to EroS to fuse with eggs, Clardy said.

“So the players have all changed dramatically over time, but you can see the same underlying strategy at work,” he said.

This work was funded by the National Institutes of Health (grant GM099533). Gerdt is also supported by a Ruth L. Kirschstein Postdoctoral Fellowship from the NIH. King is a Howard Hughes Medical Institute investigator.

Ryan Hulett of the King lab was also an author on the study. 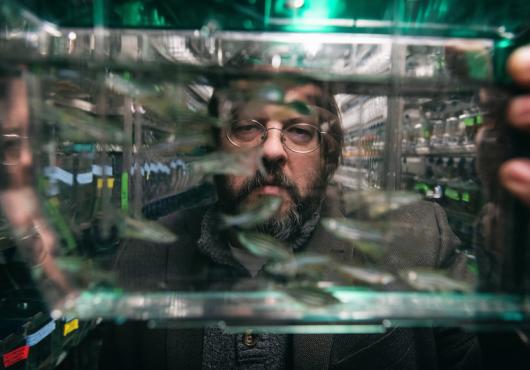 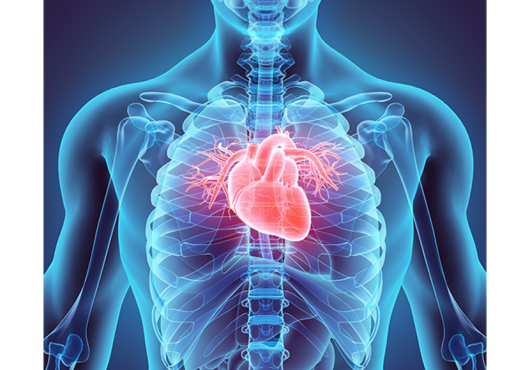