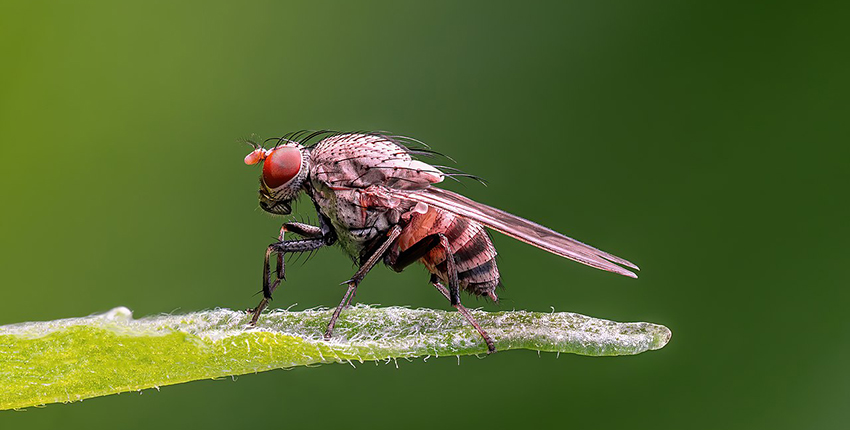 An international research team has completed an atlas of every cell found in adult fruit flies, one of the most important animal models in science and medicine.

The vast dataset, named Tabula Drosophilae—for Drosophila melanogaster, the Latin name of the fruit fly—should help scientists uncover new insights into biology, genetics, and disease by delving deeper into how cells differ from one another, interact with their neighbors, form during embryonic development, and function in various tissues.

“Our fly cell atlas will constitute a valuable resource for the research community as a reference for studies of gene function at single-cell resolution,” said co-senior investigator Norbert Perrimon, the James Stillman Professor of Developmental Biology in the Blavatnik Institute at Harvard Medical School. “This will be helpful for anyone studying biological processes in flies, but also for modeling human diseases at a whole-organism level with cell-type resolution.”

As described online March 4 in Science, the atlas contains more than 580,000 cells representing more than 250 distinct cell types. Many of the cell types are characterized for the first time.

Fruit flies have played a leading role in biological research for over a century, providing key insights into the basic workings of biological mechanisms such as genetics and developmental biology and playing vital roles in the development of treatments for cancer, immune diseases, diabetes, and more.

The usefulness of fruit flies has grown even further with the advent of single-cell genomic technology, which allows scientists to study the expression of all genes simultaneously in thousands of individual cells.

The trouble with the single-cell analyses of fruit flies conducted until now is that “these data have been generated by different laboratories on different genetic backgrounds with different protocols and sequencing platforms,” making it difficult or impossible to conduct systematic comparisons of gene expression across fly cells and tissues, said co-senior investigator Stein Aerts at the Flemish Institute for Biotechnology (VIB) and Catholic University in Leuven, Belgium (KU Leuven).

The resulting cell catalog integrates existing and new knowledge about how each type of cell expresses genes in individual tissues and at different times.

The atlas should allow researchers to systematically compare gene expression across fly tissues, examine differences in gene expression between male and female flies, and identify markers that distinguish cell types across the entire organism.

It took 158 experts from 40 different laboratories across the world, all members of the Fly Cell Atlas Consortium, four years to complete the map. Perrimon and Aerts co-led the effort with Liqun Luo at Stanford University, Stephen Quake at Stanford and the Chan Zuckerberg Biohub, and Bart Deplancke at the Swiss Federal Institute of Technology Lausanne (EPFL).

“What is particularly inspiring is how the fly community united over biological, technological, and computational borders to generate this huge dataset and study all the different cell types in great detail, yielding perhaps the most highly curated cell atlas to date,” said Deplancke.

The consortium has made its data freely available online for further analysis through multiple portals or for custom analyses using other single-cell tools.

Adapted from a VIB news release.