Editors cite recent study on potentially reversible cause of aging 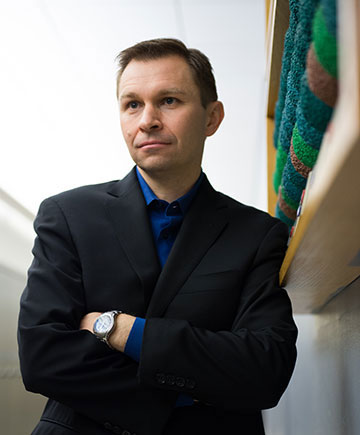 Harvard Medical School geneticist David Sinclair has been named by Time magazine as one of the 100 most influential people in the world. The article cites Sinclair’s 2013 study in which he and his colleagues identified a cause of aging that is potentially reversible, noting that Sinclair’s work makes possible the idea of “living more years with a body that’s robust enough to make the most of them.”

Sinclair’s lab studies genes that affect aging. In particular, the research focuses on a family of mitochondrial genes called sirtuins. In 2006, Sinclair made headlines with a study finding that resveratrol, a plant-derived molecule found in red wine, can activate a sirtuin called SIRT1 and inhibit the ill effects of excess weight in mice. Subsequent work from Sinclair and colleagues showed that caloric restriction, known for many decades to have life-prolonging effects in certain organisms, works by activating two other sirtuins called SIRT3 and SIRT4. The following year, Sinclair’s lab discovered a molecular cause of aging that applies to fungus and scales all the way up the food chain to humans.

Sinclair, along with Bruce Yankner, HMS professor of genetics, codirects the Paul F. Glenn Laboratories for the Biological Mechanisms of Aging.

The complete list of 2014 honorees can be found here.