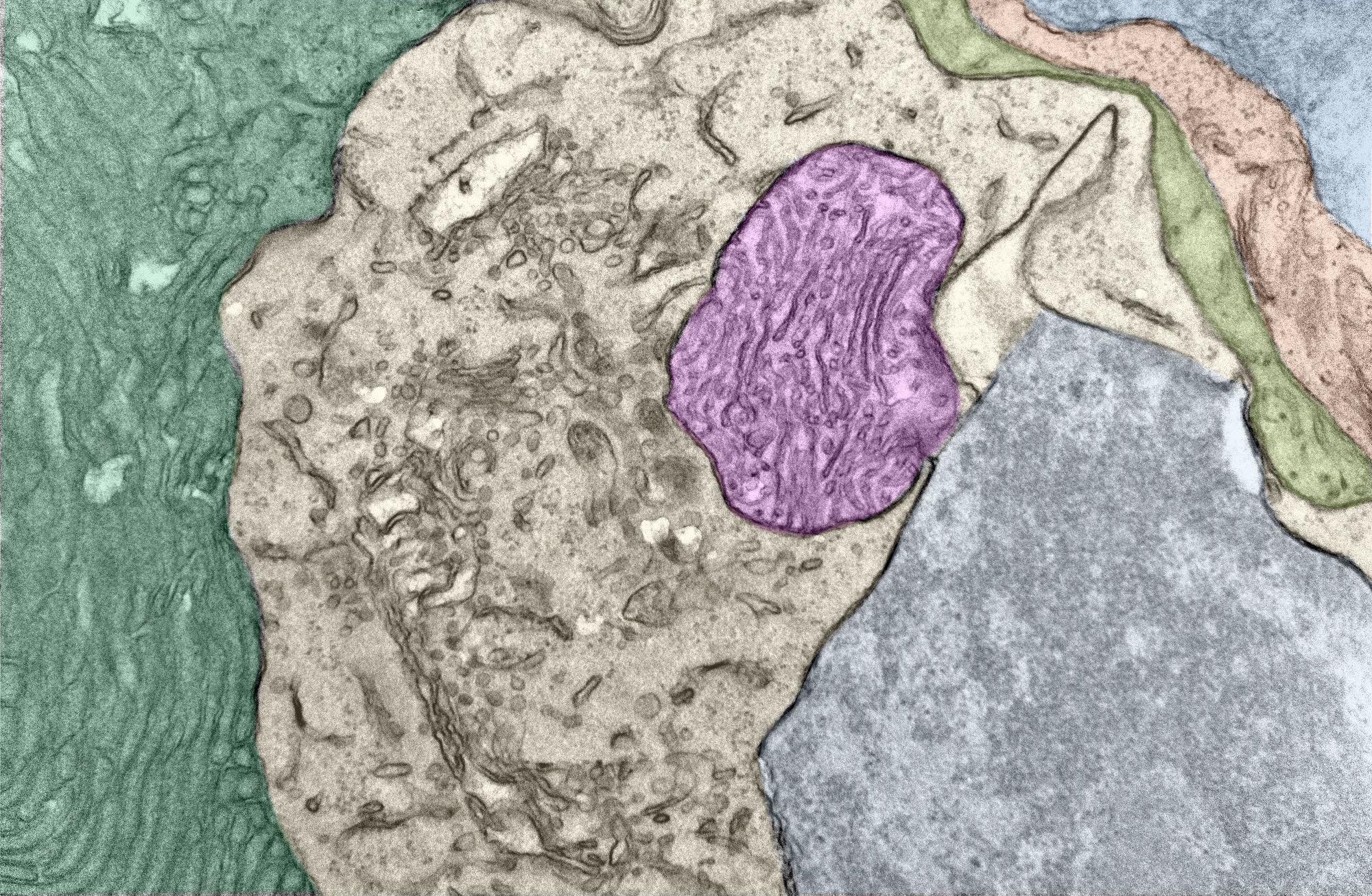 Harvard Medical School researchers have taken an important step toward developing a gene therapy to treat retinitis pigmentosa, or RP, an inherited form of progressive blindness that affects around 20 million people worldwide and can be caused by more than 60 different gene mutations.

RP initially destroys rod cells in the retina at the back of the eye, which sense low light. Degeneration then progresses to neighboring cone cells, which detect color and daylight.

The team showed that using a harmless virus to deliver the gene Txnip, particularly a version of the gene known as C247S, improved cone cell survival and helped preserve daylight vision in mouse models of RP.

As shown in this colorized image from an electron microscope, the therapy appeared to reduce damage to mitochondria (magenta), which provide energy to cells.

Scientists will need to conduct more studies to determine whether Txnip treatment can one day help people with RP and related vision loss conditions.

Yunlu Xue, research fellow in genetics in the lab of Connie Cepko in the Blavatnik Institute at HMS, led the work. Results were published April 13 in eLife.