From Student to Admissions Dean 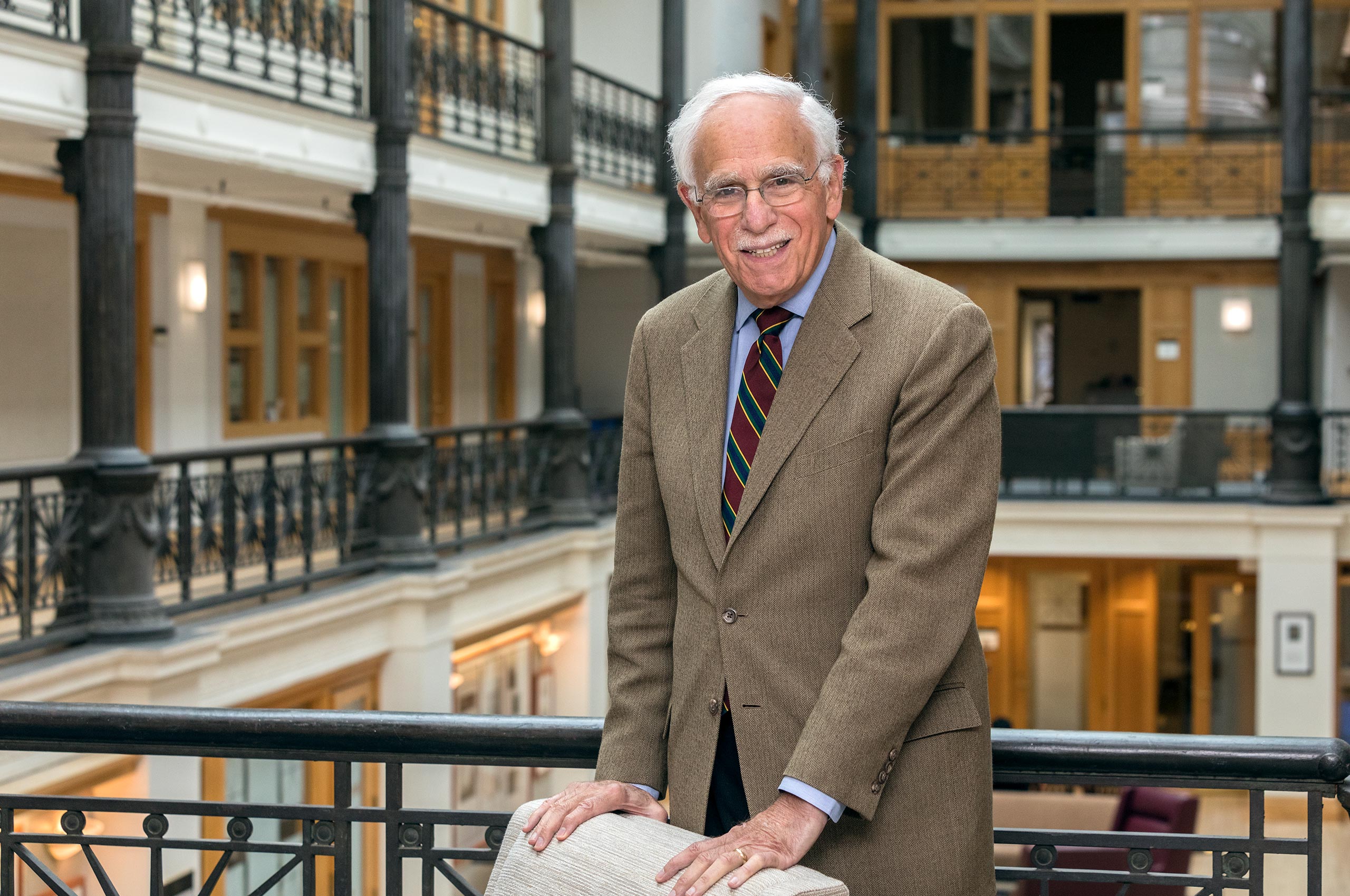 Mayer, the HMS Stephen B. Kay Family Professor of Medicine at Brigham and Women’s Hospital/Dana-Farber Cancer Institute, began his career at the School on the last day of 1965 when he received a telegram informing him of his acceptance to HMS. It was, of course, an opportunity he could not turn down.

The son of a physician from Germany, Mayer grew up in a house with a doctor’s office in it. He can still recall the abundance of time he spent at the hospital where his father worked, or the days he spent attending house calls with his dad. When Mayer finally arrived at medical school, he liked "the fact that medicine allowed you to do something with science, but also with humanism.”

During his first couple of years at HMS, however, he didn’t actually know what area of medicine he was going to pursue. Unlike today, Mayer said, when he first started medical school there were no academic societies or tutors, and his assigned advisor sent him only “a postcard that said ‘Good luck’” after he’d been in school for three months. It took a few years before he found himself.

“When I came to HMS, I had absolutely no clue what I was going to do. Even though it was challenging intellectually, when I was here for the first two or three years, in terms of career-planning, I was sleepwalking.”

Eventually, as a third-year student on pediatric rotation, Mayer found himself working with David G. Nathan, who was his attending at the time and is now the HMS Robert A. Stranahan Distinguished Professor of Pediatrics at Boston Children’s Hospital. Nathan became instrumental in helping Mayer find the right education and fellowship through the National Institutes of Health (NIH) and then eventually encouraged him to return to Boston and Dana-Farber.

“I owe him and the School a great deal,” Mayer said.

Mayer pursued postgraduate training in internal medicine at Mount Sinai Hospital in New York City and spent three years at the NIH, and then returned to Boston. When he joined Dana-Farber in 1974, it was new and not yet very large.

“Everybody who was there could go to a picnic at the same time,” he said.

Clinically, from the mid-1970s through the early 1990s, Mayer concentrated on the treatment of adult leukemia and gastrointestinal cancers. When those areas combined and became too large, he narrowed his focus to gastrointestinal cancers. One of his trainees, Richard Stone, now HMS professor of medicine at Dana-Farber and Brigham and Women’s, took on the leukemia program. Together, they created multidisciplinary clinics and programs.

Mayer founded the Center for Gastrointestinal Oncology and is now faculty vice president for academic affairs at Dana-Farber. After years of working as a physician, professor and associate dean, Mayer said his biggest career accomplishments have not only been watching the success of his trainees, and being a part of the HMS community, but going on life-changing journeys with his patients.

“There are patients who I have treated whose lives have been returned to them, and the privilege of knowing their families and knowing them and being involved in their care is paramount. Ultimately, being a physician to a group of patients over the years, and having gone to the mat with them and back, has been extraordinarily satisfying,” he said.

Around the late 1990s, as Mayer was directing a fellowship program involving three major institutions, former HMS Dean for Medical Education Daniel Federman asked him to perform an internal review of the HMS admissions program. In the process, Mayer learned a great deal about HMS admissions and almost four years later he was invited to apply for his current position.  In 2003, he became faculty associate dean for admissions. Today, he is in the process of recruiting his 16th MD class at HMS.

“It has been an incredible ride. I have met fabulous people. The whole process of identifying and recruiting new people to our community has impressed me because of the excitement and enthusiasm that faculty and students experience,” Mayer said.

Unlike medical schools that have an academic medical center and a university all on one campus, HMS works with 16 affiliated hospitals. With thousands of faculty members spread out among them, it can be hard for an HMS student to see where they fit in. Mayer said former HMS Dean Daniel Tosteson’s vision for changing the education program’s structure was vital to improving the student experience.

“I sometimes tell the applicants who come looking at HMS that we want it more like that bar in Cheers, where you walk in and everyone knows your name. That is exactly what the [academic] societies have done. They have created a home, a warmth and a sense of belonging. They have made the relationship between students and faculty extremely meaningful,” he said.

Over the years, HMS has grown to become a more diverse school with more students hailing from varied backgrounds.

“Students entering this year’s class came from 74 different undergraduate institutions. Not everyone comes from Ivy League institutions; most of them don’t. That’s great because we’re looking for the best people from each undergraduate school,” Mayer said.

For prospective students, he said, HMS is looking for a couple of things:

“We look for the potential for people to maintain a long-term tradition, which is that of becoming leaders—leaders of American and international medicine. People who have resilience and enormous distance traveled; and those who have used the benefits that they have been given to do wonderful things in terms of the community.”

As faculty associate dean of admissions at HMS, Mayer has long had the opportunity to provide others with the same gift he received 54 years ago, and that does not escape him.

“That telegram in 1965 changed my life. I never forget when I sign the letters to formally offer people a position here how much these letters can change people’s lives.”