In the famous words of movie character Forrest Gump, "Life is like a box of chocolates; you never know what you're gonna get."

The same principle applies to human genetics. When the body forms sperm or egg cells in a special type of cell division called meiosis, our DNA mixes and matches in seemingly infinite and unpredictable combinations.

Later, when just two of the great variety of sperm and egg cells meet, they produce children who are different from their parents.

Meiosis would go terribly wrong without crossovers: the swapping of DNA segments between closely aligned pairs of chromosomes, one inherited from each parent.

Faulty crossover formation can leave cells with too many or too few chromosomes, known as aneuploidy. Since aneuploidy in turn can lead to infertility, miscarriages and conditions such as Down syndrome, learning how crossovers are regulated is key to understanding human reproduction and improving reproductive health.

Two studies from geneticists in the Blavatnik Institute at Harvard Medical School provide new insights into this fundamental process.

The researchers measured a five-fold range of aneuploidy rates from person to person in the most comprehensive estimate to date and propose that a single biological process helps regulate the number, location and spacing of crossovers. The findings help answer a longstanding question about why and how crossover rates vary across sperm cells and across people.

The work was conducted in the lab of Steven McCarroll, the Dorothy and Milton Flier Professor of Biomedical Science and Genetics at HMS and director of genomic neurobiology in the Stanley Center for Psychiatric Research at the Broad Institute of MIT and Harvard.

"The genome of each individual sperm tells a detailed story about human inheritance—what went well, what went wrong, what went differently than in other sperm," said McCarroll. "Collectively, tens of thousands of such stories teach us a lot about the meiotic processes and their vulnerabilities."

The second study, which looked at meiosis in developing worm egg cells, helps explain why crossovers occur more often in some locations along chromosomes than in others. The team found that crossovers are likelier to go wrong at the centers or extreme ends of chromosomes, suggesting that egg cells minimize crossovers in those areas while allowing them in more reliable locations.

Findings from the lab of Monica Colaiácovo, professor of genetics at HMS who specializes in meiosis, were published in Current Biology in April along with a commentary.

"It's terrific to see how findings in male and female meiosis and in different species can complement and inform each other," said Colaiácovo.

Though infertility can result from either partner, treatments have tended to focus on the egg side. This is in part because eggs are known to have much higher rates of aneuploidy than sperm and because little can be measured about sperm beyond counts and motility.

Still, the contribution of sperm genetics to infertility and miscarriages has been relatively understudied, said Avery Davis Bell, a former PhD student in biological and biomedical sciences in the McCarroll lab.

"We wanted to get a baseline for 'the male factor' in human infertility and reproductive health, namely, how often aneuploidy occurs in sperm," said Bell, first author of the Nature study and now a postdoctoral fellow at the Georgia Institute of Technology.

Bell and colleagues needed to study tens of thousands of sperm genome-wide to generate robust statistics, but no technology existed that could easily do so. So at HMS, she took a technology that analyzes DNA from large numbers of individual cells using tiny droplets and further developed it to study sperm cells. The team dubbed the new approach Sperm-seq. 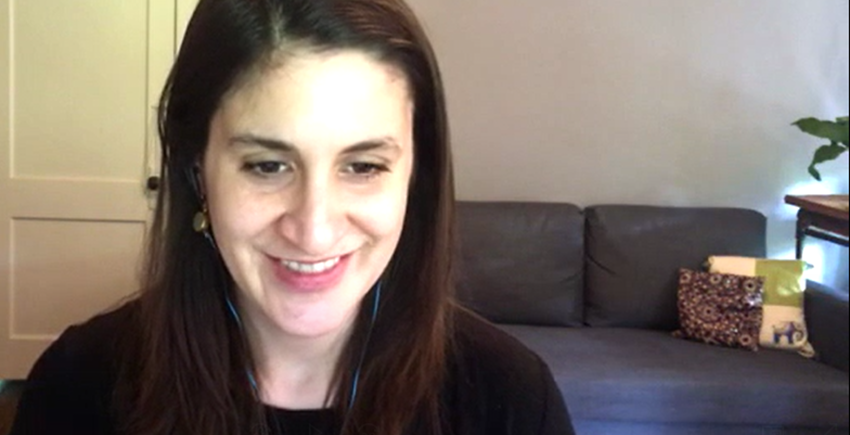 The researchers obtained samples from 20 donors, analyzing a total of 31,228 sperm cells. Sperm-seq allowed the team to detect every crossover in every sperm cell—more than 813,000 in all.

They found that the number of aneuploid sperm ranged from 1 percent to 5 percent from person to person, with an average of 2.5 percent. This estimate aligns with previous studies that used microscopy to visually examine subsets of chromosomes.

Analyses revealed individual sperm with many other kinds of genetic anomalies beyond simple aneuploidies.

The researchers further discovered that the number, location and spacing of crossovers vary together, across sperm cells and across people. In cells with a lot of crossovers, the team found, the crossovers tend to be closer together and located proportionally more in the central regions of chromosomes than at the ends.

"Seeing the same patterns in people and in cells is really interesting because it suggests an underlying regulation," said Bell.

The team suspects that these variations are driven by the degree to which chromosomes get compacted during meiosis. Previous research in the field showed that compaction is linked with crossover rates.

The McCarroll lab has made Sperm-seq protocols freely available to advance genetics research.

During meiosis, proteins deliberately snap the double strands of DNA at many sites along the chromosomes. These breaks kick-start repair. Researchers have long wondered why, in organisms from yeast to humans, breaks on the arms of chromosomes often turn into crossover repair sites while those at the chromosome centers and ends mostly do not.

To find out, Colaiácovo's team broke DNA at different positions along chromosomes in developing Caenorhabditis elegans worm egg cells and examined whether crossovers at those sites proceeded normally or not.

Led by Elisabeth Altendorfer, a PhD student in the lab, the researchers found that location determined crossover success. Crossovers on the chromosome arms went well, while those at the centers and ends concluded badly.

"The 'glue' that keeps chromosomes attached after crossover formation is removed from the wrong places, and chromosomes fall apart and randomly separate," said Colaiácovo. "So you end up with aneuploid eggs."

The findings imply that the reason some portions of the chromosome resist crossovers in most species is that they can't support healthy chromosome organization or separation, resulting in abnormalities that are detrimental to offspring.

"This is the first direct demonstration in a metazoan [multicellular animal] that the position of crossovers has to be tightly regulated to ensure normal chromosome segregation and avoid aneuploidy," said Colaiácovo.

Additional authors of the paper are Curtis Mello, James Nemesh, Sara Brumbaugh and Alec Wysoker of the McCarroll lab.

Colaiácovo's study was supported by the NIH (grant R01GM072551) and a postdoctoral fellowship from the Consejo Nacional de Ciencia y Tecnología, México (CONACYT-Mexico, 275396).

Additional authors of the paper are Laura Láscarez-Lagunas and Saravanapriah Nadarajan of the Colaiácovo lab and Iain Mathieson, who conducted the work while in the lab of genetics professor David Reich at HMS and is now at the University of Pennsylvania.