Film shows checklist in action around the globe 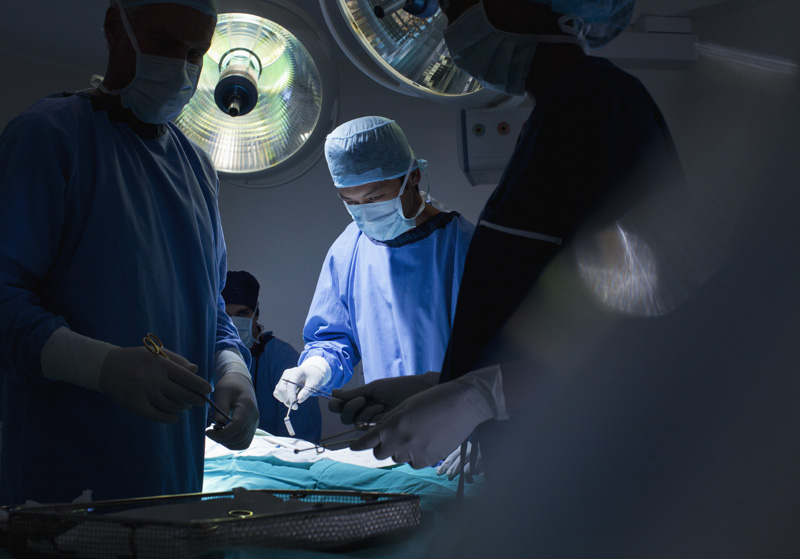 When the lights go out suddenly in the operating room, the surgeon has just finished delivering a baby by Caesarean section. The mother, who is living with HIV, lies on the table in the dark with her incision open.

This scene, from the film The Checklist Effect takes place in Uganda, but it could happen almost anywhere.

More than 5 billion people around the world do not have access to safe surgery, according to the Lancet Commission on Global Surgery. Whether it’s because of inadequate infrastructure or shortages of trained doctors, the majority of people in the world cannot get the care they need for cancer treatments, for injuries caused by car accidents or for other illnesses that may require surgical care.

In spite of these seemingly insurmountable challenges, a deceptively simple tool has had a remarkable impact on efforts to improve the safety of surgery around the world: a single sheet of paper known as the surgical safety checklist.

Developed by Atul Gawande, the Samuel O. Thier Professor of Surgery at Brigham and Women's Hospital, and professor in the Department of Health Policy and Management at the Harvard T. H. Chan School of Public Health, and William Berry, chief medical officer and director of the Safe Surgery Program at Ariadne Labs, the checklist features fewer than two dozen questions.

It has been rolled out over the last decade in eight countries as different as Great Britain and Mongolia, and the documentary film follows doctors, nurses and patients in those nations, showing the technological, cultural and economic challenges that have hindered the development of surgical systems and highlighting the ways that a checklist can help overcome those obstacles.

Inspired by the checklists that revolutionized the safety of aviation, the surgical checklist was adopted by WHO in 2008 as a means of increasing surgical safety around the world by standardizing a set of routines that emphasize the importance of communication, teamwork, operating room preparation and safety procedures. Studies have shown that using the checklist can decrease the number of people who die from surgical complications by more than 20 percent.

“It’s about human beings trying to work together,” said Gawande at a panel discussion following a screening of the film at Harvard Medical School this month. “When people don’t pull in the same direction, you get a mess. But when we all pull together, we can solve any problem that might come along.”

In addition to Gawande, other panelists at the screening included Brian O’Gara, HMS instructor in anaesthesia at Beth Israel Deaconess Medical Center; Sabrina Sanchez, a trauma surgeon at Boston Medical Center; and Victoria Mui, an obstetrician-gynecologist at Harvard Vanguard Medical Associates who worked in Uganda as a Seed Global Health Peace Corps volunteer.

The panelists, in taking questions from the primarily student audience, discussed the clinical, ethical, cultural, political and personal aspects of global surgery, their own experiences working in limited resource settings and the benefits of working with the checklist.

While the checklist can’t overcome all of the challenges to universal access to safe surgery, the stories the panelists shared showed that the checklist was a surprisingly effective tool for improving care delivery from the intimate scale of personal interactions between individuals to the global scale, as it is helping to change the way that entire societies think about health systems and care delivery.

The Global Surgery Student Alliance is a working group of students who seek to educate, inspire and unite students engaged in an effort to build sustainable and accessible surgical, obstetric and anesthesia care.

The leaders of the GSSA chapters hosting the screening, Alexis Kahanu (Tufts), Roya Edalatpour (Boston University) and Parisa Fallah (a medical student at HMS and national director of the GSSA) introduced the event, moderated the panel discussions and gave closing remarks. The evening was sponsored by the Kletjian Foundation.

Other speakers included Kris Torgeson, Lifebox Global CEO. The Lifebox Foundation, an organization co-founded by Gawande and colleagues to deliver the equipment and education necessary to implement the checklist effectively, partnered with filmmaker Lauren Anders Brown to create The Checklist Effect.

The Lifebox Foundation helped develop an inexpensive version of the pulse oximeter, a tool for measuring blood oxygen levels that can provide important early warnings of potential complications during surgery.

Since 2011, 16,500 units have been delivered to anesthesiologists and nurse anesthetists. The group estimates that another 60,000 units are needed worldwide. The Lifebox pulse oximeter was developed specifically for the rugged environment of surgical theaters in low- and middle-income countries, with battery backup so that they keep working even with the lights go out.