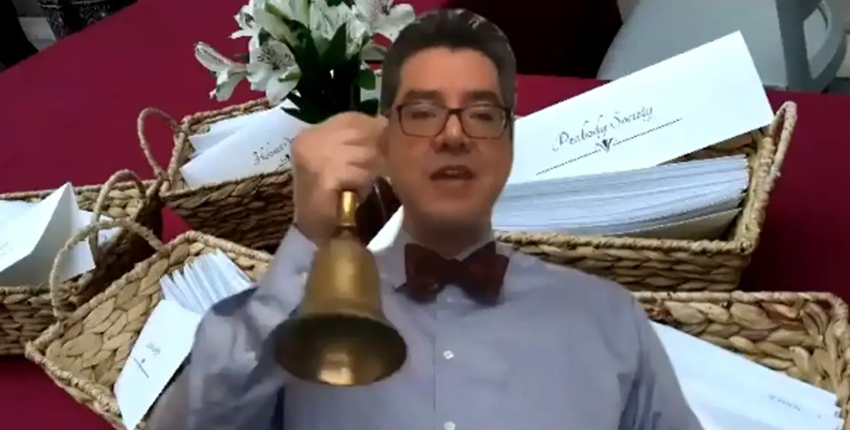 “This is not the Match Day that any of us expected—even a week ago,” said David Clossey to his Harvard Medical School classmates who joined more than 300 faculty, staff, family and friends on a March 20 videoconference.

“These are unprecedented times, and there is no greater or more important time than now for us to step up and to serve our communities,” said Clossey, HMS Class of 2020 co-moderator.

For the first time, the annual HMS Match Day celebration went virtual in response to the COVID-19 pandemic that has shifted Quad classes online and caused clinical clerkships to be suspended until March 31, a move taken under the advisement of the Association of American Medical Colleges.

Even though the traditional, in-person Match Day gathering in the Tosteson Medical Education Center was canceled, the moment was no less momentous or jubilant for graduating students, many of whom had left campus and were spread around the Boston area and across the country, awaiting word on where they will begin serving next year.

The National Resident Matching Program (the Match) proceeded on schedule, and at noon, Dean for Students Fidencio Saldaña was shown on screen ringing the bell from his home office.

Instead of ripping envelopes open, students opened email messages from the Match.

Instead of joyous voices reverberating throughout the atrium, the students’ happy chatter happened on a video call and on social media.

Saldaña said faculty prepared earlier in the week for the videoconference by creating and testing virtual backgrounds. His backdrop was a table with baskets of letters, while Dean for Medical Education Edward Hundert had a photo of the TMEC atrium behind him, and others had colorful congratulatory signs.

Hundert said he thinks “learn” and “serve” are the watchwords for the 2020 class.

“The fact that we’re having to do this virtually because of the COVID pandemic just shows how much service is needed in the world,” Hundert said.

Before the matching began, a moment of silence was held for fifth-year student Mark Herzog, who died in January. Since he loved poetry, Saldaña read a poem of gratitude by Native American poet Joseph Bruchac.

“According to someone posting in the chat, the results are out,” said Matthew Frosh, associate director of the London Society on the call.

Once the emails were opened, students began reporting on where they had matched.

The first student called on by Saldaña was Lucy Suarez.

“I got my first choice, and I’m going home to D.C.,” she said, letting everyone know she had matched at Children’s National Medical Center. “I’m going to be part of the advocacy track in pediatrics. I’m so, so happy!”

A bell went off each time a student was promoted by the moderator, and rows of screens with call participants filled the videoconference interface.  Saldaña said he felt he needed to serve as a commentator, like an announcer during a sporting event, as he called on students.

“Elizabeth, you’re outside. What are you doing?” Saldaña asked Elizabeth Lemoine, who matched in obstetrics/gynecology at University of North Carolina Hospitals in Chapel Hill.

“We’re outside in Charlottesville, Virginia. It’s 80 degrees,” she said.

“Sarah, what are you doing? Who’s that behind you?” asked Saldaña.

“This is my boyfriend,” she responded. “We hiked to the top of Mount Kearsarge in New Hampshire. I matched at the Brigham, anesthesia. My first choice,” she said from the fire tower on the mountain.

During the afternoon, there were 13 additional video calls based on the students’ academic societies and preclinical experience (PCE) sites, and for MD/PhD or fifth-year students.

Despite the physical distancing caused by the COVID-19 pandemic, HMS students and administrators felt it was important to provide a Match Day experience where students could still come together as a class to celebrate a significant milestone in their professional journey.

“The idea was to recreate these smaller communities that make HMS so special,” said Clossey during the planning leading up to Match Day.

“You have been such an incredible community in this unprecedented time,” said Sara Fazio, advisory dean of the Cannon Society, on the Cambridge Health Alliance PCE group video call.

“It’s so important at times like this to come together and support one another and celebrate this incredible accomplishment,” she said.

“It really feels like we’re celebrating together,” said Parisa Fallah on the CHA video call. Fallah said she will do her residency in obstetrics/gynecology at Brigham and Women’s Hospital.

Of the 177 graduating MD students at HMS, 170 matched to clinical training, internship or residency programs at hospitals; three matched in oral and maxillofacial surgery residencies; and four will pursue nonclinical training. Eighty-three students, or 49 percent, matched at an HMS-affiliated program for some part of their training. Half of the class matched in Massachusetts, 16 percent in California and 9 percent in metropolitan New York, with the remainder matching at institutions in 10 other states across the country.

This year, 74 students, or 44 percent of the class, were accepted into fields related to primary care: two in family medicine, 53 in internal medicine, seven in pediatrics and 12 in obstetrics/gynecology.

The future doctors from HMS are expected to begin their residency and training programs at hospitals around the country in June and July.

According to the Match program, results can be a predictor of future physician workforce supply, and 2020 was the largest residency Match on record.

Even though Harvard Commencement and HMS Class Day celebrations have been postponed, HMS students will graduate and become doctors, say faculty leaders. Until then, they will be wrapping up their research, projects and other studies. Many will be involved in supporting hospital clinicians to help care for patients affected by COVID-19. Read about HMS student mobilizing.

“I congratulate all of you,” said HMS Dean George Q. Daley on the main videoconference.

“This is such a milestone in your career, in your lives. We’re tremendously proud of you and wish you the best. And looking forward to graduation, believe it or not, in whatever form it will take,” he said. 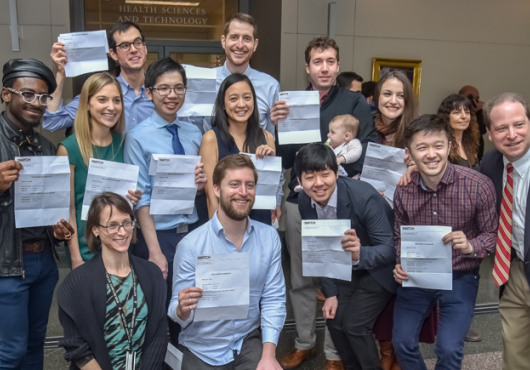 After months of anticipation, HMS students learn where they will train 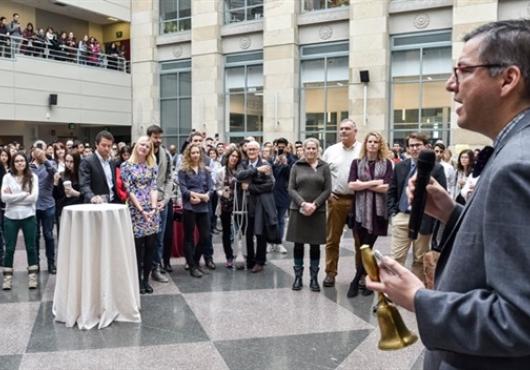 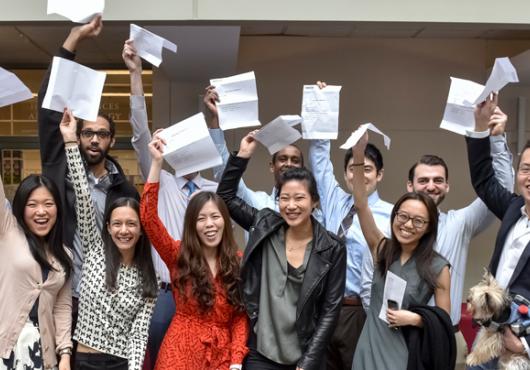 Match Day 2018: Soon-to-be HMS graduates find out where they will be residents