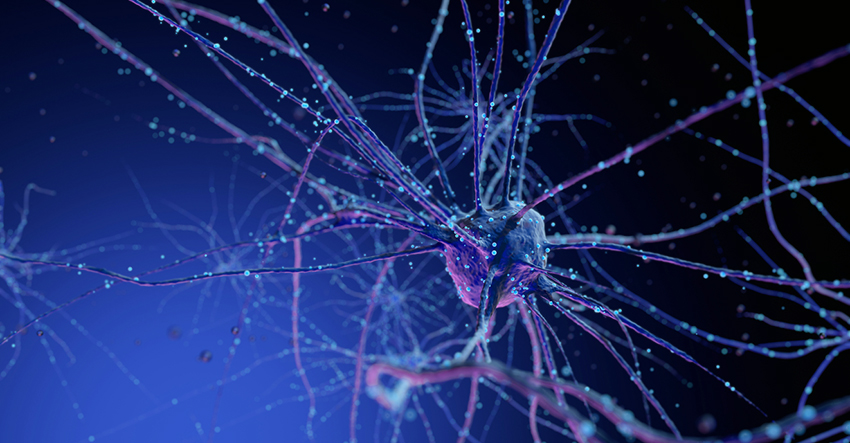 As a child’s growing brain responds to environmental cues such as light or sound, the connections between neurons are strengthened or weakened. Until now, scientists have been in the dark about the molecular mechanisms involved during this largely uncharted period of brain development.

Reporting in a study published online in Neuron, researchers at Harvard Medical School have identified the essential role that a protein called Fn14 plays in strengthening or weakening neural connections in mice as sensory experiences shape a growing brain.

Their findings reveal a mechanism used by the brain to remodel itself in response to sensation and could inform new treatment strategies for disorders such as autism and schizophrenia.

“Impairments in the process of sensory experience-dependent synaptic refinement are thought to contribute to neurodevelopmental disorders,” said study author Lucas Cheadle, HMS research fellow in neurobiology in the lab of Michael Greenberg, the Nathan Marsh Pusey Professor of Neurobiology and head of the Department of Neurobiology at HMS.

“By shedding light on the basic molecular mechanisms of synaptic refinement, our research could contribute to creating treatment strategies for a heterogeneous collection of disorders that can arise from multiple genetic causes and are exacerbated by environmental factors,” Cheadle said.

In 2014, Cheadle, Greenberg and colleagues set out to close a gap in knowledge of how genes are turned on in brain cells that process environmental stimuli. Hoping to determine whether these genes are required for brain development, they partnered with co-corresponding author Chinfei Chen, HMS associate professor of neurology at Boston Children’s Hospital.

“We didn’t go in with a hypothesis; it was a completely unbiased search,” Cheadle said.

During development, a region of the brain responsible for visual perception, the thalamus, determines which neural connections, or synapses, to reinforce and which to eliminate in a neurobiological process known as synaptic refinement.

The team raised mice in complete darkness for a week during this period of postnatal brain development and then re-exposed them to light for either one or eight hours. Using single-nucleus RNA sequencing, the researchers analyzed gene expression in thousands of individual neurons that had been isolated from the dorsal lateral geniculate nucleus, the part of the thalamus that processes visual information.

Among more than 200 genes that changed expression in response to light, the gene that encodes Fn14 was the most highly induced. Additional experiments performed by Christopher Tzeng, a graduate student in the Harvard Program in Neuroscience, revealed that the presence of Fn14 was necessary for visual experience to strengthen and maintain connections between neurons in healthy mice.

In mice lacking Fn14, early brain development was normal, but synapses stopped connecting correctly during the period when visual experience became critical. The Fn14-deficient mice had smaller and weaker retinal inputs, indicating the protein is involved in both functional and anatomical rearrangements of synapses in response to sensory experience.

These findings are the first to provide molecular context to previously published work on sensory-dependent gene expression involving the visual part of the thalamus during this stage of development.

The original exploration of how visual circuits develop  began with research by former Harvard scientists Torsten Wiesel and the late David Hubel, who shared the 1981 Nobel Prize for their work showing visual deprivation caused visual circuits to rewire. More recently, Chen and colleagues discovered a crucial period in juvenile mice when sensory experience is required for synaptic refinement and expanded the usefulness of the retinogeniculate circuit as a model of activity-dependent refinement.

The researchers are now further exploring the molecular and cellular mechanisms of sensory-dependent refinement in the dorsal lateral geniculate nucleus.

“We now plan to study the upstream and downstream features of the Fn14 signaling pathway, and whether they coordinate neural circuit development,” said Greenberg, who is co-corresponding author on the paper.

Additional authors on the study include Christopher Tzeng, Brian Kalish, and Linda Burkly. The work was supported by the National Institute of Neurological Disorders and Stroke (R37 NS028829 to MEG), the National Eye Institute (R01EY013613 to CC), the Eunice Kennedy Shriver National Institute of Child Health and Human Development (U54 HD090255 to CC), as well as a Leonard and Isabelle Goldenson Research Fellowship.