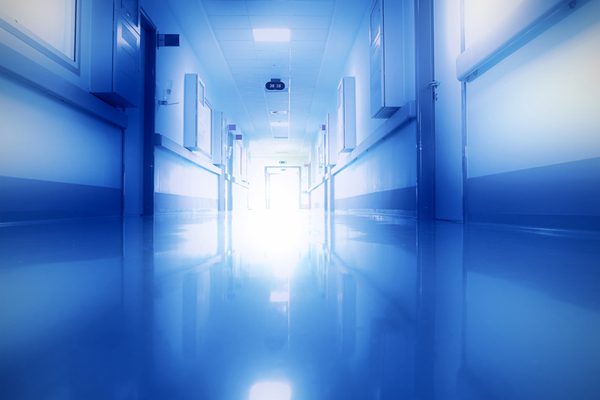 The research appears online in Annals of Internal Medicine on Dec. 27.

The Hospital Readmissions Reduction Program was enacted into law in 2010 and implemented in 2012 in response to the high numbers of patients who were readmitted within 30 days of their initial discharge from the hospital after treatment for several common conditions—including heart failure, pneumonia and acute myocardial infarction (heart attack).

While some readmissions may be unavoidable, there was evidence of wide variation in hospitals’ readmission rates before the ACA, suggesting that patients admitted to certain hospitals were more likely to experience readmissions compared to other hospitals.

“Paying hospitals not just for what they do, but for how well they do—that’s still a relatively new way of reimbursing hospitals, and it looks to be effective,” — Robert Yeh

“Hospital readmissions represent a significant portion of potentially preventable medical expenditures, and they can take a physical and emotional toll on patients and their families,” said co-senior author Robert Yeh, HMS associate professor of medicine and director of the Richard A. and Susan F. Smith Center for Outcomes Research in Cardiology at Beth Israel Deaconess.

“The Affordable Care Act sought to introduce financial incentives to motivate hospitals, especially the poorest performing ones, to reduce their readmission rates, and only the data could tell us if and how well it worked,” Yeh said.

“We know that the national hospital readmissions rate has been declining since passage of the Affordable Care Act, and our team wanted to assess whether this improvement was driven by the best-performing hospitals alone or if all groups improved,” said first author Jason Wasfy, instructor in medicine at HMS and director of quality and analytics at the Mass General Corrigan Minehan Heart Center.

The researchers examined Medicare fee-for-service hospitalization data from more than 2,800 hospitals across the country between 2000 and 2013. Based on 30-day readmission rates after initial hospitalization for acute myocardial infarction, congestive heart failure or pneumonia, the researchers categorized hospitals into one of four groups based on the penalties they had incurred under the Hospital Readmission Reduction Program: highest performance (0% penalty), average performance (greater than 0% but less than 0.5% penalty), low performance (equal to or greater than 0.5% but less than 0.99% penalty), and lowest performance (equal to or greater than 0.99% penalty).

“We implemented Bayesian hierarchical models to estimate readmission rates for each hospital, accounting for differences in each hospital’s patient population. We then used pre-post analysis methods to assess whether there were accelerated reductions in readmission rates within each group after the passage of the reform. It turned out that all groups of hospitals improved to some degree. Notably, we found that it was the hospitals that were the lowest performers before passage of the Affordable Care Act that went on to improve the most after being penalized financially,” Dominici said.

“For every 10,000 patients discharged per year, the worst performing hospitals—which were penalized the most—avoided 95 readmissions they would have had if they’d continued along their current trajectory before the implementation of the law,” added Dominici.

“It’s a testament to the fact that hospitals do respond to financial penalties, in particular when these penalties are also tied to publicly reported performance goals,” she said.

“Paying hospitals not just for what they do, but for how well they do—that’s still a relatively new way of reimbursing hospitals, and it looks to be effective,” Yeh added.