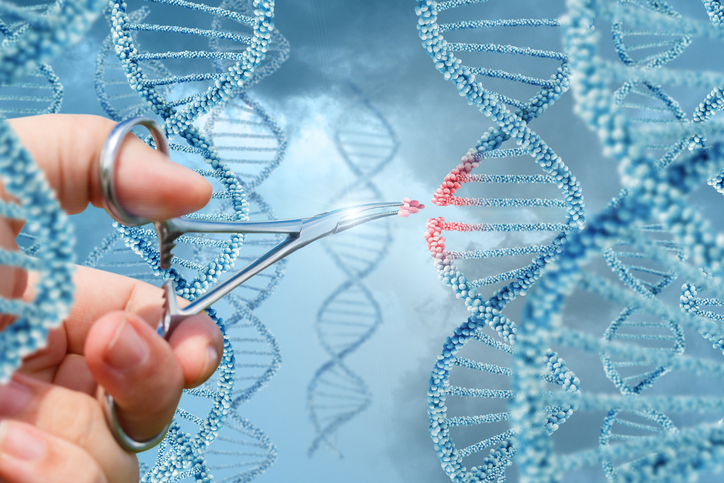 Three teams of Harvard Medical School researchers are launching projects to support responsible innovation in gene editing and to protect against threats to genome integrity.

The initiative is part of a new program overseen by the Defense Advanced Research Projects Agency (DARPA), the research arm of the U.S. Department of Defense.

Announced on July 19, the Safe Genes program aims to establish a fundamental understanding of how gene-editing technologies function; devise means to safely, responsibly and predictably harness them for beneficial ends; and address potential health and security concerns related to their accidental or intentional misuse.

DARPA plans to invest $65 million in Safe Genes during the next four years.

Gene-editing technologies have captured increasing attention in recent years for their numerous potential applications, including allowing researchers to selectively disable cancerous cells in the body, control the viability of populations of disease-spreading mosquitoes or enable native flora and fauna to defend themselves against invasive species.

“The field of gene editing has been advancing at an astounding pace, opening the door to previously impossible genetic solutions but without much emphasis on how to mitigate potential downsides” - Renee Wegrzyn, program manager at DARPA

The potential national security applications and implications of these technologies are equally profound, including helping to protect military troops against infectious disease, mitigate threats posed by irresponsible or nefarious use of biological technologies and enhance the development of new resources derived from synthetic biology, such as novel chemicals, materials and coatings with useful, unusual properties.

The Safe Genes program supports a total of seven teams that will work to collect data and develop tools to support bioinnovation and combat biothreats. The three HMS research groups and their leaders are:

Achieving the ambitious goals set by the Safe Genes program will require more complete knowledge about how gene editors and derivative technologies including gene drives, function at different physical and temporal scales under different environmental conditions across multiple generations of an organism.

In parallel, demonstrating the ability to precisely control gene edits, turning them on and off under certain conditions or even reversing their effects entirely, will be paramount to translating these tools to practical applications.

By establishing empirical foundations and removing lingering unknowns through laboratory-based demonstrations, the Safe Genes teams will work to substantially minimize the risks inherent in such powerful tools.

During the course of the program, teams will engage with potential stakeholders, including government regulators, to increase the value of the science and to shape experiments around their questions and concerns. Additionally, as an aid to policymakers, the teams will establish models for incorporating stakeholder engagement in future decisions on whether and how to apply such tools.

The teams intend to refine their research over the course of the program by building initial mathematical models of gene-editing systems, testing them in insect and animal models to validate hypotheses and feeding the results back into the simulations to fine-tune parameters.

Teams will also incorporate insights garnered from engagement with regulators and, in some cases, from local communities considering gene-editing applications. Teams may run additional experiments to collect data that address concerns and could inform future regulatory reviews.

“The field of gene editing has been advancing at an astounding pace, opening the door to previously impossible genetic solutions but without much emphasis on how to mitigate potential downsides,” said Renee Wegrzyn, the Safe Genes program manager. “DARPA launched Safe Genes to begin to refine those capabilities by emphasizing safety first for the full range of potential applications, enabling responsible science to proceed by providing tools to prevent and mitigate misuse.”

Adapted from a DARPA news release.