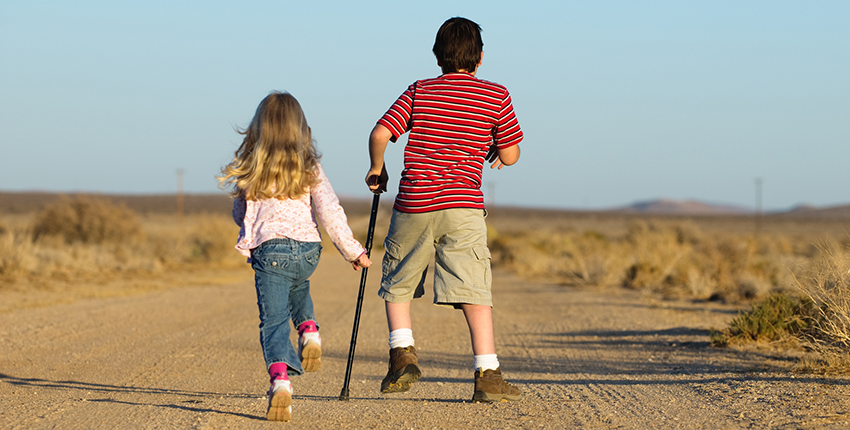 Cerebral palsy, or CP, has widely been viewed as the result of perinatal oxygen deprivation or other birth-related factors like prematurity.

“In CP, the first thing that comes to many physicians’ minds is birth injury or asphyxia,” said Siddharth Srivastava, assistant professor of neurology at Harvard Medical School and Boston Children’s Hospital, who specializes in neurogenetic disorders. “That idea has become pervasive, in both neurology and orthopedics training and among the general public.”

For many children, this is true. But of the more than 700,000 individuals in the United States diagnosed with CP, about 20 percent have no clear explanation for the disorder’s origin.

Now, a first-of-its-kind study by Srivastava and colleagues has found that up to 1 in 4 patients with CP have an underlying genetic condition.

The findings, published Jan. 24 in Annals of Clinical and Translational Neurology, have the potential to change the approach to patient care.

Benjamin Shore, HMS associate professor of orthopedic surgery and co-director of the Cerebral Palsy and Spasticity Center at Boston Children’s, is excited by the research implications of the study.

“Historically, clinicians have assigned the diagnosis of CP to many children who have elements of muscle tightness and developmental delay without really understanding the cause,” he said. “We can now investigate these causes with much more detail.”

Homing in on genetic contributors to CP should help doctors make more specific diagnoses and could lead to new treatment plans for some patients, said co-senior author Annapurna Poduri, HMS professor of neurology at Boston Children’s.

“We now have the scientific knowledge to pursue a precise diagnosis for children with CP that is not just descriptive, but that provides answers and may open a door to treating some of the underlying conditions we uncover,” she said.

The findings could also alleviate feelings of guilt that are sometimes associated with a child’s CP diagnosis. The idea that birth factors are the cause of CP has led some families to feel at fault. Parents often wonder whether something that happened during pregnancy caused their child’s condition.

“One mother of an adult with CP told us that his genetic diagnosis absolved her of more than three decades of guilt,” said Srivastava, who is also a neurologist in the Cerebral Palsy and Spasticity Center. “Many families felt they finally had a sense of closure.”

Through the Children’s Rare Disease Cohorts genomics initiative, the research team sequenced the DNA of 50 patients with CP. The patients’ average age was 10 years. All had clinical exams and brain MRIs.

The patients fell into three groups.

“We wanted to reflect the breadth of patients we see,” explained Srivastava.

Overall, sequencing identified causative or “likely causative” genetic variants in 13 patients, or 26 percent. The highest yield was in the CP masqueraders, flagging mutations in three of five patients, or 60 percent. Next were patients with CP and no known risk factors: seven of 24, or 29 percent, had a genetic cause.

Surprisingly, sequencing also identified mutations in three of 20 patients, or 15 percent, with established CP risk factors. One had a rare genetic disorder that predisposes to early stroke, and two had genetic conditions not previously associated with CP.

“These three patients are particularly intriguing,” said first author Maya Chopra, director of translational genomic medicine at the Rosamund Stone Zander Translational Neuroscience Center at Boston Children’s. “Could genetic disorders have made them more vulnerable to early brain injury? We have much to learn about the interplay between rare gene variants and perinatal events in the development of CP.”

Implications of a genetic diagnosis in CP

In some cases, the genetic findings led to changes in the patient’s care plan.

Based on their findings, the researchers recommend the following:

Shore said he hopes that in the future, physicians and researchers will be able to “provide genetic diagnoses for many more children, particularly CP masqueraders. This research is just the tip of the iceberg.”

Poduri, who directs the Epilepsy Genetics Program and the CRDC’s Epilepsy Cohort Study at Boston Children’s, sees a parallel with epilepsy. The program has identified dozens of genetic causes for epilepsy, some of which are treatable.

“With precision diagnosis will come precision treatments for more and more children with CP, epilepsy, and other neurodevelopmental disorders,” she said.