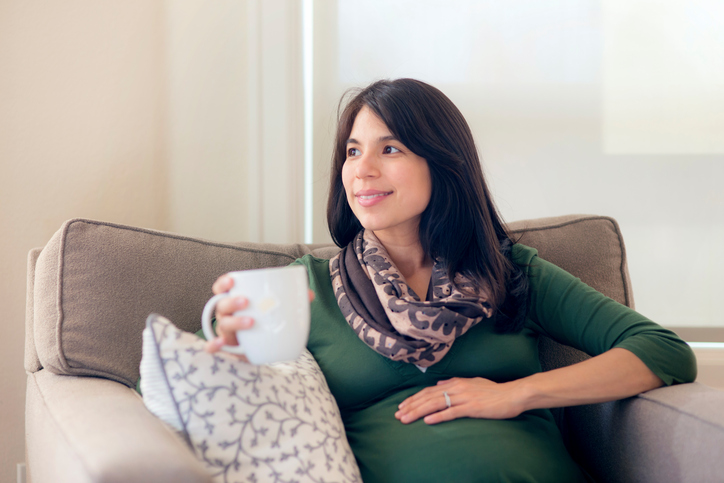 A new study led by clinician-researchers at Harvard Medical School and Beth Israel Deaconess Medical Center has found that hospital-led interventions over a seven-year period were associated with a significant reduction in the hospital’s cesarean delivery rate. The study appears online in The Joint Commission Journal on Quality and Patient Safety.

Nearly one in three babies born in the United States is delivered via cesarean section, or C-section. Compared to vaginal delivery, cesareans are associated with a number of increased health risks for mother and baby—including increased mortality—as well as longer hospital stays and increased health care costs.

The study measured the impact of a series of strategic quality improvement interventions on the hospital’s nulliparous term singleton vertex (NTSV) cesarean rate, or the proportion of single babies carried to at least 37 weeks in the vertex position born to women having their first baby that was delivered via cesarean.

“The rate of cesarean deliveries in low-risk women varies significantly from hospital to hospital across the nation, and such wide disparities suggest that some cesarean deliveries may be performed for reasons other than medical necessity,” said first author Mary Vadnais, HMS instructor in obstetrics, gynecology and reproductive biology, part-time, and a maternal-fetal medicine specialist and vice chair of the Quality Assurance Committee/Obstetrics at Beth Israel Deaconess.

During the intervention period, researchers found that the NTSV cesarean rate decreased from 34.8 percent to 21.2 percent, below the U.S. Department of Health and Human Services’ recommended target rate of 23.9 percent.

The hospital’s overall cesarean rate also declined from 40 percent to 29.1 percent over the same period.

“Since implementing these quality improvement measures, our department has seen a steady decline in our cesarean rate,” said senior author Toni Golen, HMS assistant professor of obstetrics, gynecology and reproductive biology and medical director of Labor and Delivery and Postpartum at Beth Israel Deaconess.

“More important, with that decline we have not seen a clinically significant rise in complications among babies or mothers, which demonstrates the success of the interventions,” Golen said.

For example, slow progression of labor is a common reason for a cesarean delivery. However, historical norms for labor progress may not apply to modern obstetrical populations. Reassessing how to manage slower labors allowed physicians to avoid cesarean deliveries based solely on the previously expected rate of cervical changes.

There is a recognized association between a hospital’s environmental factors and its cesarean delivery rate. To optimize the environment at Beth Israel Deaconess, the Labor and Delivery unit conducted emergency cesarean delivery drills to strengthen cohesiveness between the provider and unit staff members, increasing the unit’s ability to support the physician during an urgent situation.

“We designed the improvement interventions so that they can easily be customized to meet the needs of any medical institution,” Golen added.

“Our hope is that other hospitals will replicate this approach by identifying factors within their practice and implement similar quality improvement initiatives so that they can reduce their cesarean delivery rates as well.”

The authors note that because the study used a series of interventions, they reported cumulative effects; therefore, the study could not measure the impact of any single intervention.

Certain data such as administrative data and ICD-9 codes were available, but other data, such as patient body-mass index (BMI) data, were not. Also, the impact of midwifery care on a reduced cesarean rate could not be measured because such care was not available at Beth Israel Deaconess until 2014.

This study was supported by grants from the Harvard Catalyst | The Harvard Clinical and Translational Science Center (National Center for Research Resources and the National Center for Advancing Translational Sciences, National Institutes of Health award UL1 TR001102) and financial contributions from Harvard University and its affiliated academic health care centers.