In recent years, targeted therapies have cemented their place as some of the most important tools in cancer treatment. These medicines are designed to block specific signals that tumor cells use to grow and spread, while at the same time leaving normal cells unharmed.

Targeted therapies can significantly extend patients’ lives, but the benefits are often only temporary. Over time, many cancers will become resistant to treatment and begin to grow again—a still-opaque phenomenon that hampers the development of true cures for cancer.

In a study published last month in Cell Systems, researchers at Harvard Medical School have identified a new mechanism for how certain melanoma cancer cells can evade targeted therapy.

Working with cells in culture, they discovered that drug treatment leaves behind a population of “persister” melanoma cells that are able to survive and slowly divide due to sporadic, short-lived pulses of a growth signal. The signal is triggered by proteins outside of the cell and rewires growth pathways into a configuration unaffected by drugs.

The results offer a new insight into a form of reversible drug resistance that results from a cell’s environment. Understanding these environmental effects will help with the design of better therapies and drug combinations against melanoma and other cancers, the authors said.

“Preventing or overcoming drug resistance is the greatest challenge in using targeted anticancer therapies more effectively,” said senior study author Peter Sorger, the Otto Krayer Professor of Systems Pharmacology and director of the Laboratory of Systems Pharmacology (LSP) at HMS. “Cancers become drug resistant in multiple ways, some of which involve genetic changes and others of which do not. If we can understand these resistance mechanisms, we can overcome them.”

In their study, Sorger and colleagues, led by first author Luca Gerosa, research fellow in therapeutic science at the LSP, focused on melanoma, a highly aggressive and often-lethal form of skin cancer. Around half of all melanomas involve a mutation to the gene BRAF, which locks the cellular signaling pathway MAPK into an always-on position. This leads to uncontrolled cell growth and division.

Several medicines have been approved by the U.S. Food and Drug Administration to block different components of BRAF-MAPK signaling in what is widely regarded as a triumph of targeted therapy, the authors said. These drugs can be highly effective, but resistance often arises. When this occurs, the MAPK pathway reactivates, cancer cells begin to grow and patients experience recurrent disease.

To investigate how, the researchers treated BRAF-mutant melanoma cells with different targeted therapies. After drug exposure, the overall number of surviving cells appeared to be constant. But tracking individual cells revealed that some were dying and others slowly dividing, giving the appearance of a steady population.

They took snapshots of cancer cells over time and found that the vast majority responded to treatment with suppressed growth. In a small number of cells, however, MAPK signaling was still active. This was measured by looking at the activity of a key enzyme in the pathway, phosphorylated ERK.

Unexpectedly, these cells frequently clustered around each other. Using live-cell imaging to create movies of cellular activity, the team found that cells activating ERK were far from rare. Instead, over just a 16-hour period, around one in every four cells exhibited at least one roughly hour-long pulse of ERK.

Additional experiments revealed that ERK pulses appear to occur within cells that are able to divide even after drug exposure, suggesting that the pulse is linked with cell survival and drug resistance.

“We discovered that all these cells are reactivating this growth pathway, just at different times and in brief pulses,” Gerosa said. “It was similar to comparing a still picture in which a few fireworks are exploding in the sky and a movie showing that there are actually hundreds of asynchronous explosions.”

The researchers also observed that ERK pulses were commonly found in cells in the vicinity of dying cells and that ERK activity propagated outwards. This suggested that an external signal, potentially released by dying cells, was triggering the pulse.

“We think that this could be a mechanism that normal tissues use to maintain the right number of cells, as in wound healing,” Gerosa said. “Once the drug blocks the cancer-causing signals, the cells reestablish this mechanism so that a dying cell is replenished with a new cell. Unfortunately, this makes it impossible to kill all the cells in a tumor.”

The team further investigated the mechanisms underlying the ERK pulse through computational modeling. Their analyses indicated that the MAPK pathway exists in two distinct configurations.

One is driven by a cascade of signals initiated by the BRAF mutation. Targeted therapy blocks this cascade, but also allows for the initiation of the second pathway configuration. The latter is initiated by receptors on the cells’ surface that activate when they detect a variety of different external growth factors.

This second configuration is more resistant to drugs and appears to be responsible for the ERK pulse. For example, when growth factors are present, the team found that cells required 100-fold higher concentrations of a particular drug in order to inhibit MAPK activity, a dose that would be toxic in clinical use.

Together, the team’s results suggest that after exposure to targeted drugs, persister cells emerge due to sporadic pulses of ERK activity that allow them to survive and continue dividing.

This growth is slow, however, and other factors are required for tumor growth, the authors noted. Their analyses suggest that persister cells can acquire new genetic mutations at a faster rate. It may be mutations arising in these persister cells that ultimately reactivate uncontrolled tumor growth, a hypothesis that requires further study, they said.

The researchers also noted that their study focused on cell lines, and that additional studies are required to confirm the functional consequences of ERK pulses—particularly whether this mechanism indeed contributes to drug resistance in animal models and eventually humans.

Importantly, the results shed light on new therapeutic strategies for melanoma. Efforts to combine multiple existing targeted drugs to completely prevent MAPK reactivation are logical but are likely ineffective, the authors said, as their findings suggest that such drugs can be up to a 100 times less potent in the second, environment-driven, configuration.

In addition, while new approaches could be developed to block ERK pulses and prevent the emergence of persister cells, the MAPK pathway is also used by normal cells for growth. It could be that the drug-resistant nature of this second configuration is what allows normal cells to survive exposure to targeted therapy, the authors wrote, and so the Achilles’ heel of such drugs might be a saving grace with respect to patients’ drug tolerance.

If this hypothesis is confirmed in future studies, a key to better, more durable therapies would not involve further inhibiting MAPK, but rather identifying vulnerabilities specific to the persister cells, according to the researchers. A better understanding of persister cells is needed, they said, through approaches such as the team’s computational model for MAPK signaling, which can serve as a framework for the future study of additional mechanisms of drug resistance.

“A remarkable aspect of this study, and others like it, is that they show that a decade after one of the most important targeted therapies was approved by the FDA, we still do not fully understand how the drugs work or how cancer cells respond to them” Sorger said.

“Cancer disrupts some of the most complex and subtle regulatory circuits in a cell, and we have much to learn about their functions. However, by combining basic and clinical research on drug action, which in this case involved investigators at six institutions, we steadily improve outcomes for patients,” he added. 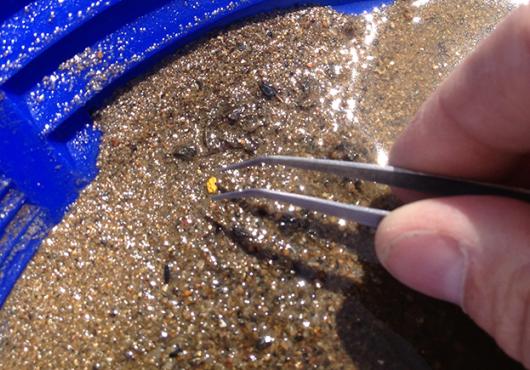 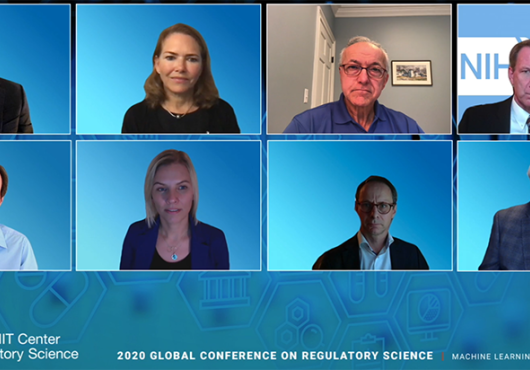 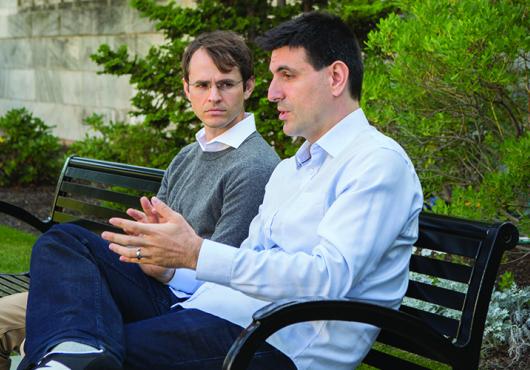