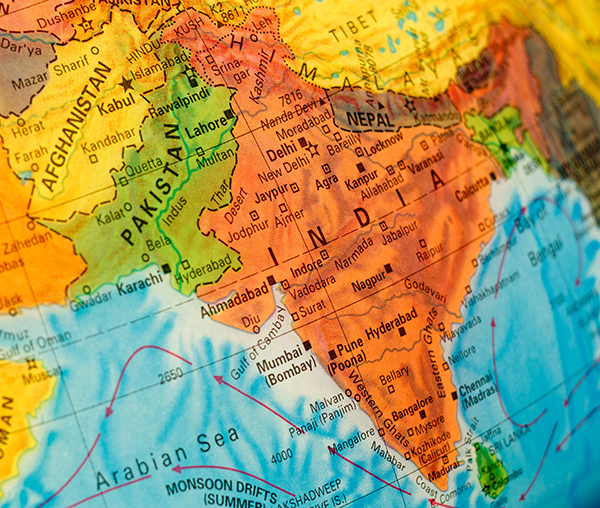 Several diseases specific to South Asian populations had been identified in the past, but the genetic causes of the vast majority remained largely mysterious.

The new multi-institutional study, led by researchers at Harvard Medical School and the CSIR-Centre for Cellular and Molecular Biology in Hyderabad, India, reveals that so-called founder events—in which a small number of ancestors give rise to many descendants—significantly contributed to high rates of population-specific, recessive diseases in the region.

“Our work highlights an opportunity to identify mutations that are responsible for population-specific disease and to test for and decrease the burden of recessive genetic diseases in South Asia,” said David Reich, professor of genetics at HMS and co-senior author of the study.

“Much of the focus of genetic research in India has been on diseases such as diabetes, thalassemia or sickle cell anemia that are prevalent across populations,” said Kumarasamy Thangaraj, a scientist at the CCMB and co-senior author of the study. “But that misses the huge burden of disease caused by rare conditions.

“I hope this study motivates people in India to study the genetic features that are specific to each of these groups and to try to translate this to actionable medical research,” added Thangaraj. “This is an opportunity to improve health for many in the Indian subcontinent.”

The findings were published July 17 in Nature Genetics.

The Indian subcontinent is one of the most genetically diverse places on Earth, with a population approaching 1.5 billion that includes nearly 5,000 well-defined subgroups.

The researchers analyzed genome-wide data from more than 2,800 people from more than 260 South Asian subgroups. They found that nearly one-third of these subgroups derived from distinctive founder events.

Such founder events tend to limit genetic diversity. Geographic, linguistic or cultural barriers, such as restrictions on marriage between groups, increase the likelihood that mates share much of the same ancestry. This can lead to the perpetuation and proliferation of certain rare, recessive diseases.

“Everybody carries a small number of mutations that could cause severe disease, but each person usually only has one copy—and two copies are needed to get sick,” said the study’s first author, Nathan Nakatsuka, a graduate student in the Reich lab. “If parents have the same common ancestry, there is a greater risk that they will both carry the same recessive mutation, so their offspring are at much greater risk of inheriting the two copies needed to manifest disease.”

Although the prevalence of these genetic variants increases disease risk, it also makes them easier to detect.

In the West, studies of similarly isolated populations have resulted in the discovery of many disease-causing genetic variants. This has led to screening practices that have reduced the incidence of disease. Perhaps the most well-known examples are tests that screen people of Ashkenazi Jewish descent for the genetic variants that cause Tay-Sachs disease. Studies have also led to biological insights that have helped in developing disease treatments.

“In the Western world, there are groups that have historically had little mixture with their neighbors—Ashkenazi Jews, for instance, as well as Finns, Amish, French Canadians and a few other groups,” said Reich, who is also a senior associate member of the Broad Institute of Harvard and MIT. “They have particular ‘founder diseases’ that are common to them and have been intensively studied, leading to numerous discoveries about the nature of these diseases.

“But there are only a handful of these populations in the West,” Reich added. “The amazing thing about South Asia is there are thousands of groups like this.”

Fourteen of the groups identified in the study are made up of more than 1 million people, according to census data. Consequently, discoveries stemming from rare disease research in these populations could impact large swaths of people in South Asia.

Efforts to screen for carrier status for disease variants have reduced the rate of rare recessive disease to almost zero in Western “founder” communities that practice arranged marriage, such as ultra-Orthodox Ashkenazi Jews. Since arranged marriage is also common among some groups in India, this intervention might be similarly effective.

Moreover, studying these variants could help shed light on the mechanisms causing disease, which could lead to new treatments for those affected in South Asia and beyond.

Funding for this research was provided by the National Institute of General Medical Sciences (grants GM007753 and GM115006) and the National Human Genome Research Institute (HG006399) of the National Institutes of Health; a Translational Seed Fund grant from the Dean’s Office of Harvard Medical School; the Council of Scientific and Industrial Research, the Department of Biotechnology and the Department of Science and Technology of the government of India; and the Indian Council of Medical Research. Reich is supported as an investigator of the Howard Hughes Medical Institute.

Adapted from news releases from the Broad and the Centre for Cellular and Molecular Biology.