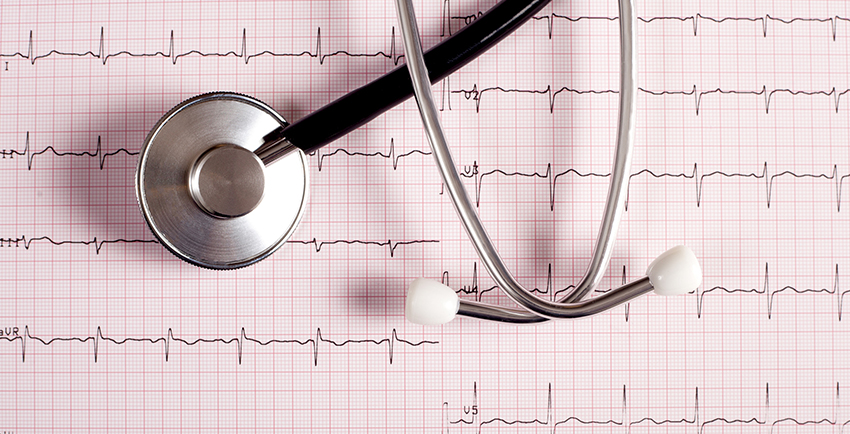 Sudden cardiac death affects 220,000 U.S. adults annually, most of whom have no prior symptoms of a heart issue.

By identifying rare DNA variants that substantially increase risk of sudden cardiac death, researchers led by Harvard Medical School investigators at Massachusetts General Hospital and the Broad Institute of MIT and Harvard have laid the foundation for efforts to identify individuals who could benefit from prevention strategies prior to experiencing symptoms.

The scientists determined that such variants are present in approximately 1 percent of asymptomatic adults, which corresponds to 3 million people in the United States.

The authors performed gene sequencing in 600 adult-onset sudden cardiac death cases and 600 controls who remained healthy—the largest such study performed to date and the first to use a control group.

A clinical geneticist reviewed all of the DNA variants identified, classifying 15 as clinically important pathogenic variants.

“Strikingly, all 15 of these pathogenic variants were in sudden cardiac death cases, with none in controls,” said lead author Amit Khera, HMS instructor in medicine and a cardiologist at Mass General.

The prevalence of a pathogenic variant was found to be 2.5 percent in cases and zero percent in controls.

Next, the investigators studied the genes of 4,525 middle-aged adults without any signs of heart disease, finding that 41 (0.9 percent) carried a pathogenic variant. These individuals have been followed for over 14 years, and those who inherited a pathogenic variant had a more than three-times higher risk of dying from cardiovascular causes.

“In my clinical practice, I often encounter families devastated by a sudden and unexpected death. This finding indicates that genetic testing—if made widely available—can provide a way to identify high-risk individuals currently flying under the radar. If identified, we have a variety of approaches proven to prevent disease onset available within routine clinical practice,” said Khera, associate director of the Precision Medicine Unit at Mass General’s Center for Genomic Medicine and of the Broad’s Cardiovascular Disease Initiative.

Based on these results, Khera and colleagues plan to conduct genetic sequencing tests for thousands of adult patients at Mass General and affiliated hospitals who volunteered for a research program designed to understand how genetic and environmental factors impact risk of important diseases.

They aim to find the one percent of individuals with rare genetic variants linked to heart disease and offer tailored prevention programs at Mass General, either in the Cardiovascular Genetics Program or a new Preventive Genomics Clinic that Khera is co-leading and is embedded within primary care.

Funding support was provided by the National Human Genome Research Institute of the National Institutes of Health (grant 1K08HG010155), the Broad, a Hassenfeld Scholar Award from Mass General, and a sponsored research agreement from IBM Research.