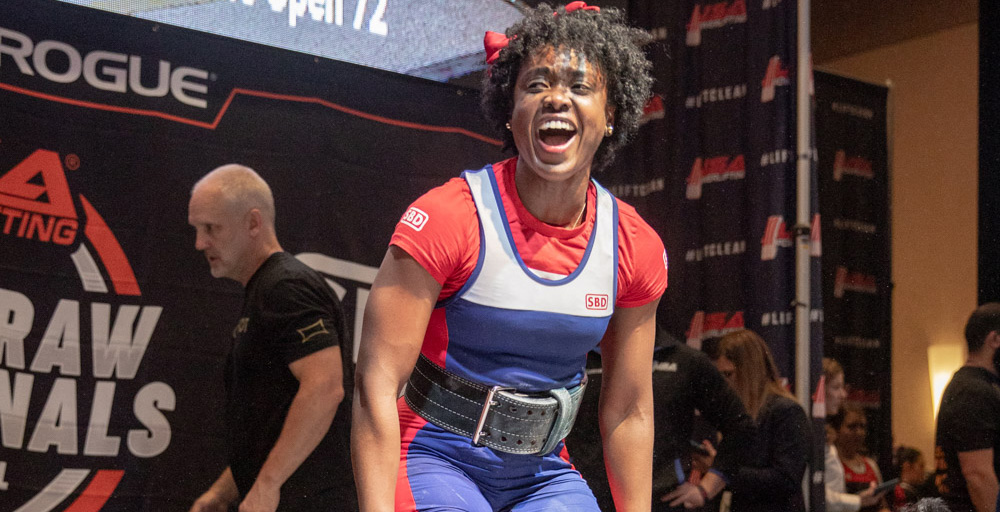 When Mehida Rojas-Alexandre, a competitive weightlifter, approached a deadlift bar with more than 400 pounds of weight on it at the USA Power Lifting Raw Nationals in Illinois last October, she wasn’t sure what would happen.

A Harvard Medical School clinical fellow in surgery and general surgery resident at Brigham and Women’s Hospital, Rojas-Alexandre has been powerlifting for five years and competing for the last two. She had been injury-free until two weeks before the October meet when, during a normal training session, she attempted to deadlift 425 pounds (well below her training maximum of 450), and something in her back popped.

“I dropped the weight and I was on the floor, writhing in pain,” she recalled.

Rojas-Alexandre is used to pushing her body to its limits, lifting increasingly massive amounts of weight in the three official powerlifting events: squat, deadlift and bench press. The sport requires dedication and a commitment to incremental gains, she said.

“Day in, day out, you’re putting in a lot of work for what can seem like very little reward,” Rojas-Alexandre said. “You can be benching really, really hard for a month just to add 2.5 [pounds] to your bench press.”

A native of Haiti, Rojas-Alexandre moved to the U.S. to attend Hunter College in New York, where she ran track and field. She didn’t take up powerlifting until medical school at Yale, after her husband introduced her to the sport. Rojas-Alexandre thinks the sport is a good match for her personality and outlook.

“I love hard work, and I love meticulous work,” she said. “I find joy in those small things, just so you can enjoy that small little victory.”

It’s an approach that Rojas-Alexandre sees mirrored in her career as a surgeon.

“As a surgeon, you practice the same knots over and over, you are in the operating room doing the same cases over and over. It's just really, really hard work, and I think these things perfect you into the person you want to be. It makes you a better person, a better doctor.”

“It takes grit,” said Lightsey, HMS clinical fellow in orthopedic surgery at Massachusetts General Hospital. “Realizing that a workout or shift will be long and painful, accepting that, and putting your best effort forward.”

Rojas-Alexandre commits up to 20 hours each week to training, fitting two- or three-hour-long workouts around her taxing schedule as a surgery resident. It takes a toll, but she is committed.

“Some days, do I train on an empty stomach?” she said. “Absolutely. Lack of sleep? Sure. It's one of these things that it's your passion, so you make time for it.”

So, when she felt that sharp pain in her back and collapsed to the gym floor after trying to deadlift a weight she’d long been comfortable with, Rojas-Alexandre thought that all the time and hard work she’d already invested might have been for nothing.

It was her friend and coach, Lightsey, who helped make a plan for her recovery and talked her through overcoming her injury.

“Harry was like, ‘You have to snap out of this. We have two weeks to recover. Don’t worry about it,’” Rojas-Alexandre recalled. “And I didn’t believe it. I’m like, ‘Two weeks? I can’t even walk.’”

“I knew there was no way she was going to miss Nationals,” said Lightsey. “We kept after it, cautiously, but still believing she would be prepared.”

Rojas-Alexandre rested, taking salt baths twice a day and seeing a massage therapist. In the gym two days before she was scheduled to fly to Chicago, she and Lightsey worked to isolate the part of the deadlift that had given her trouble and focused on carefully working those specific muscles.

With her husband and friends all set to join her in Chicago to cheer her on, Rojas-Alexandre was worried she wouldn’t be able to lift and would let everyone down. Her husband knew about her injury, but she hadn't told her friends.

“All these people already purchased their tickets,” Rojas-Alexandre recalled. “They have their hotel rooms booked, and now I hurt myself and I’m considering quitting. How am I going to tell them that?”

By the day of competition, she was feeling better, but still nervous. She hadn’t lifted anything close to her competition weight in two weeks.

Finally, it was time for the deadlift. The weight was set at 407.8 pounds for her first attempt. Rojas-Alexandre approached the bar like she always had in the gym—her body following a well-practiced routine, setting her feet and getting into her stance. She wrapped her hands around the bar and lifted. The bar went up. There was no pain. She completed the lift and waited for her second attempt.

This time, she set the weight at 440.9 pounds, 15 pounds heavier than the 425 that had injured her two weeks before. She approached the bar. She readied herself. She grabbed the bar. She lifted.

The bar went up. There was no pain. She held it, feeling relief and pride, knowing she had just set a new personal record.

“It was amazing,” Rojas-Alexandre said. Her performance in all three events was strong enough to qualify her for the Arnold Sports Festival in Columbus, Ohio, this March, and she said she will be there.

“Powerlifting has taught me that I can always go back for more,” she said.

She did go for more on her third deadlift attempt, setting the weight at 451.9 pounds. Even though she was unable to complete the lift on the last try, she’s confident she will be ready for next time, working hours and hours in the gym and getting a little stronger with every new endeavor. 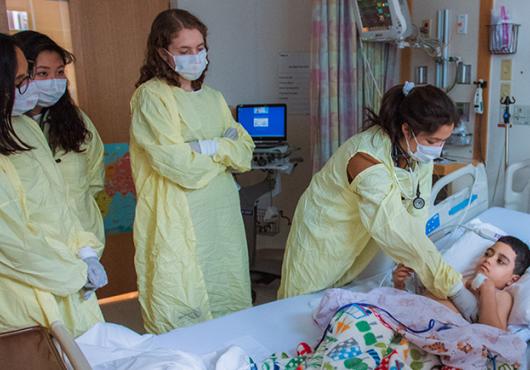