Sourcing solutions to curb the epidemic 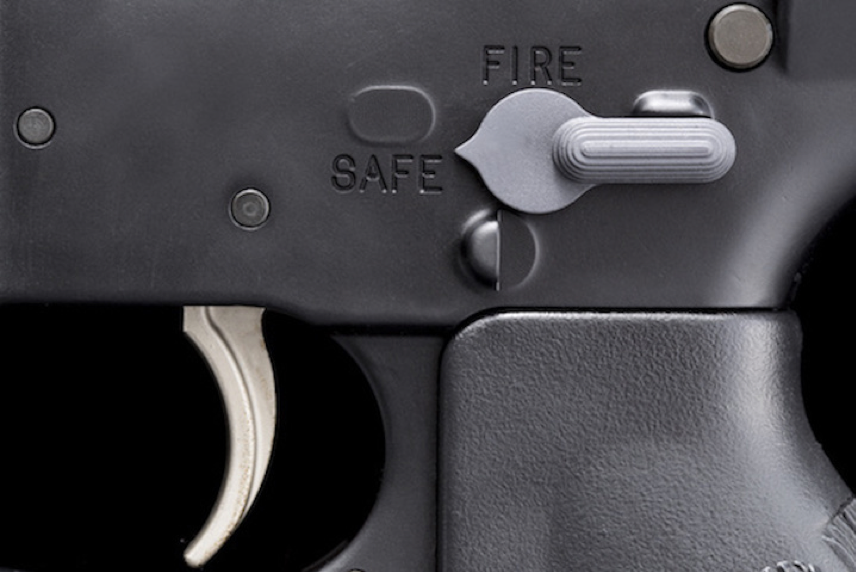 The following HM News guest article was written by Kristian Olson, an HMS associate professor of medicine at Mass General, director of CAMTech and a member of the core educator faculty at Mass General. Nicholas Diamond is marketing and communications manager for CAMTech.

Although mass shootings have the highest public visibility by virtue of news coverage, self-inflicted gun violence is the most common cause of gun-related deaths, followed by gun assaults and accidental shootings.

Since the Sandy Hook school massacre, more than 400 Americans were killed or injured in more than 200 school shootings. In the wakes of mass shootings in Las Vegas, Nevada, Sutherland Springs, Texas, and Orlando, Florida, there have been calls for thoughts, prayers, condolences and action but few meaningful changes to federal laws and policies addressing gun violence prevention in the United States.

Last month’s shooting of 17 students and staff at Marjory Stoneman Douglas High School in Parkland, Florida, sparked a student-led movement for gun violence prevention and reform. High school students are calling for nothing less than a paradigm shift in the way lawmakers receive money from the gun lobby and for age restrictions on purchasing firearms, increased access to healthcare for mental illness, stricter background checks and bans on military-grade weapons and assault rifles like the ones used to kill their classmates, coaches and teachers.

Pressing clinical and public health needs, like gun violence prevention, also call for creative solutions that capitalize on the collective brainpower and expertise of multiple stakeholders from fields such as health, engineering, design and business.

Based at Massachusetts General Hospital, the Consortium for Affordable Medical Technologies (CAMTech) is a global network of academic, clinical, corporate, government and nonprofit partners working together to drive health innovation around the world.

CAMTech’s core methodology identifies clinical and public health needs from the field, crowdsources innovative solutions and accelerates them from idea towards impact. Through its co-creation model, CAMTech enables collaborations across experts across disciplines to develop technologies that are not only user-centric, technologically-disruptive and socially-impactful but also commercially-viable.

The Gun Violence Prevention Challenge Summit will convene representatives and speakers from community organizations and law enforcement, from clinical, public health and public policy arenas, as well as survivors and those affected by gun violence, to facilitate a discussion of pressing challenges and provide critical insight into gun safety.

Following the Challenge Summit, the hack-a-thon will serve as an open-innovation platform to help move the needle by enabling a diverse community to co-create innovations over a 48-hour period.

Communities disproportionately affected by gun violence and survivors of this epidemic deserve and demand meaningful solutions.

CAMTech published its evidence of impact of 12 hack-a-thons in the U.S., India and Uganda in BMJ Innovations and measured 22 patients filed, 15 companies formed and $5.34 million per hack-a-thon raised by teams over a an average of one-year follow up. One year after a hack-a-thon, 30 percent of projects moved towards piloting in preclinical settings or on healthcare workers or patients.

Translating and applying this model to gun violence prevention is needed now more than ever.

By employing a cross-disciplinary, public health approach, we can accelerate ideas into breakthrough innovations with the potential to curb the epidemic of gun violence and improve the lives of survivors.

Would you like to contribute to improving gun violence prevention? Apply to attend the Gun Violence Prevention Challenge Summit & Hack-a-thon by March 26.