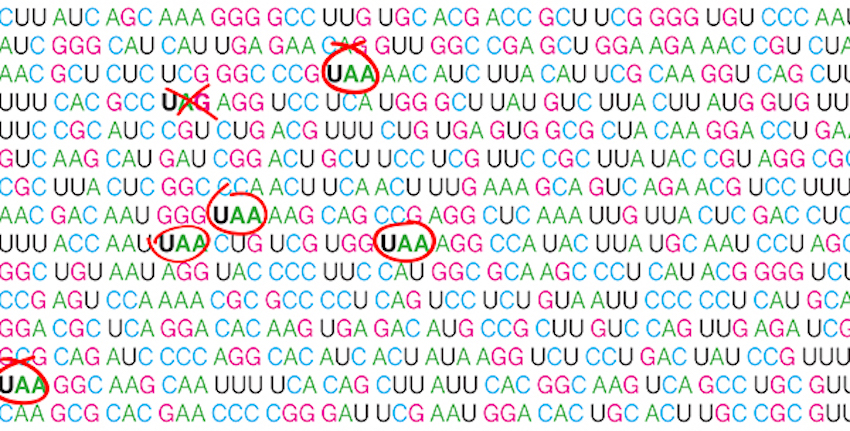 Researchers in the lab of geneticist George Church at Harvard Medical School have made two new advances in their ongoing efforts to safely and precisely expand the genetic code of life.

One study, published in PNAS Feb. 13, reveals some of the strategies bacteria develop to combat side effects of genetic modification.

The other, published in PNAS in January, debuts an improved proofreading tool that flags incorrect amino acid substitutions.

Aditya Kunjapur, a postdoctoral researcher in the Church lab and an author on both papers, sat down with Harvard Medicine News to discuss the promises and challenges of these achievements.

HMS: How and why are you modifying bacterial genomes?

KUNJAPUR: We’re trying to expand the chemical structures and functions of proteins. Proteins do a lot of exciting things for us; they govern most of what a cell can do. They’re normally made up of just 20 standard amino acids. With those 20, you get all the variety that you see in life, which is pretty amazing. At the same time, you’re still limited. When you put nonstandard amino acids into proteins, you can do things nature cannot do.

HMS: What sort of real-world applications are you and others working toward?

KUNJAPUR: One is biocontainment—controlling proliferation of genetically modified organisms in real-world environments. For instance, a few years ago, our lab used computer-aided design to make an experimental E. coli bacterium that relies on a nonstandard amino acid for growth. We are still refining that process. Any sort of improvement in incorporating nonstandard amino acids into the host’s genome or predicting what these amino acids can do brings us closer to achieving biocontainment for industrial use or other purposes.

Biocontainment is important right now in part because people have recently shown, for example, that you can make opioids using an engineered metabolic pathway in yeast. If you can modify organisms to make illicit drugs or dangerous technologies, then it’s crucial to contain them.

On a different side of the economy, in health care, an increasing number of proteins serve as drugs. There’s this trend toward biologics, including an emerging class called antibody drug conjugates. Nonstandard amino acids could help you produce these therapeutics more efficiently and effectively.

HMS: Let’s talk about the protein proofreader your group developed. Why do researchers need it?

KUNJAPUR: The problem is when we want to put a nonstandard amino acid into a protein, we might accidentally put in a standard one in some spots. The ways to figure out whether that happened right now are cumbersome in terms of time and money. With this new tool, we have a clearer window into what’s going on.

HMS: How does it work?

This new, high-throughput measurement of what’s gone right and wrong gives us a huge advance toward developing nonstandard amino acid incorporation systems that are more accurate and specific.

HMS: In the newer study, your group uncovered ways to make bacteria healthier after altering their genomes. Tell me more about that.

KUNJAPUR: In 2013, the Church lab made an E. coli strain where all the standard UAG amino acid codes were replaced with nonstandard UAAs. We noted at the time that in addition to those 321 desired changes, there were about 350 mutations that happened by accident. Our lab and others soon realized that some portion of these changes made the bacteria pretty sick. They grow really slowly. They struggle especially hard in industrial conditions, where their nutrient content is low because it’s expensive.

No one had looked extensively at all those changes and the nature of the bacteria’s poor health, particularly taking the approach that we did: If you’re trying to make an organism grow quicker and adapt to a limited-nutrient environment, you can simply let evolution take the reins.

HMS: Was it hard to take a hands-off approach?

KUNJAPUR: As an engineer, I tend to want to make interventions, but sometimes you get unintended consequences. The coupling of engineering and evolution is, we think, an elegant strategy to figure out what went wrong.

HMS: And what did that reveal?

KUNJAPUR: We found that both the intended changes and the off-target mutations contributed to the bacteria’s ill health.

For example, a lot of the E. coli’s genes now end with the nonstandard UAA, and we saw that the machinery that makes proteins, the ribosome, gets stuck on it. So the bacteria can’t make as much of those proteins. That’s a problem because when the organisms are in a low-nutrient environment, they need to become more self-reliant by expressing as many genes as they can.

As far as strategies to compensate for the mutations we didn’t intend, we saw one that was really curious because the bacteria had evolved a “stop” sign right in front of an essential gene. It looked like they wanted to turn it off, which didn’t make any sense to us. But then we figured out that when we originally engineered this strain, an off-target mutation turned on that gene way too high. The adaptation put the brakes on it by 10,000-fold, which got it back to normal levels. That was cool to see.

We are learning a lot of lessons from this experiment. Now people who are trying to incorporate nonstandard amino acids can either take our improved strain or make the most important changes we saw to their own bacteria for whatever their purposes are.

HMS: I’m going to ask the Jurassic Park question. You hear, “We engineered E. coli to have these nonstandard amino acids, and then we evolved them, and they made their own changes.” Are they going to out-evolve the changes you want them to have? How do you deal with that?

KUNJAPUR: I think it’s a valid concern. It depends on what your purpose is, but if you’re trying to do something that requires biocontainment, then you do want to ask this question, “Does life find a way?” When you talk about evolution of a biocontained strain, you want it to become fitter, but you don’t want it to figure out how to get around the biocontainment.

In our proofreading paper, we found that when we made the nonstandard amino acid incorporation more accurate, it improved biocontainment. But our new paper almost suggests nature could reverse our changes. What’s reassuring from the evolution project is that the strain that has no UAG at the beginning still has no UAG at the end. The bacterium didn’t “undo” its genetic alterations; it figured out how to better deal with them. That’s good. That’s something we want.

But we’re not stopping there. We’re conducting a study right now trying to quantify escape rates in biocontained organisms that we evolve at much faster rates than normal.

I think all of these studies are telling us more about how to engineer a strain that is better biocontained from the beginning. Maybe the answer will be that we protect against the slim likelihood of evolutionary escape by incorporating four or five genes that depend on nonstandard amino acids instead of two or three.

HMS: What are you looking forward to next?

KUNJAPUR: I’m really excited by the prospect of having this E. coli strain the Church lab is working on that will have up to seven altered amino acids. We’re so young in our understanding of how to do something like this that there is a playground of new research opportunities.