Increased consumption of table sugar and high-fructose corn syrup has been linked to rising rates of obesity and Type 2 diabetes in the United States and throughout the world. Both sweeteners are commonly found in processed foods and sugar-sweetened beverages, and both are made up of nearly equal amounts of two basic sugars—glucose and fructose.

The effects of glucose ingestion in humans are well understood, in part, because they are easily assessed by performing a glucose tolerance test, which measures serum glucose levels after glucose ingestion and has become the diagnostic cornerstone for modern diabetes care.

Furthermore, the hormone insulin can also be easily measured to assess the acute metabolic effects of glucose ingestion and evaluate a person’s risk for developing diabetes and cardiovascular disease.

But determining the body’s metabolic response to fructose has been much more difficult, and consequently, there is no equivalent test to warn of impaired or altered fructose metabolism. 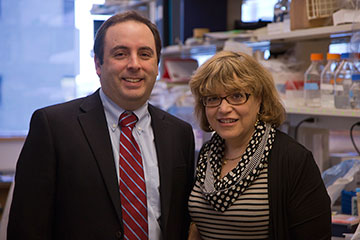 “Accumulating evidence suggests that the fructose component of sugar may have a particularly deleterious effect on health,” explained co-senior author Mark Herman, HMS assistant professor of medicine at Beth Israel Deaconess Division of Endocrinology, Diabetes and Metabolism. “If you feed animals or people higher-than-normal amounts of fructose, they become obese, less responsive to the key actions of insulin and develop fatty liver disease and abnormal blood lipid levels. All of these increase the risk of developing diabetes and cardiovascular disease.” Fructose is a pervasive presence throughout our foods: High fructose corn syrup, for example, can be found in everything from processed cookies and sweets to seemingly healthy foods, such as yogurt.

“Fructose is taken up by the liver as soon as it’s ingested and very little of it makes it to peripheral blood where it might be sampled and measured,” added co-senior author Eleftheria Maratos-Flier, HMS professor of medicine in the Division of Endocrinology, Diabetes and Metabolism at Beth Israel Deaconess. “This makes it very hard to determine how an individual responds to fructose ingestion. Furthermore, there has, to date, been no known hormonal response to fructose in the way that the hormone insulin responds to glucose.”

Maratos-Flier has been studying the FGF21 hormone for almost a decade and previously found that in both humans and animals, FGF21 levels are elevated in association with obesity, insulin resistance and non-alcoholic fatty liver disease. Herman’s work, meanwhile, had focused on a cellular factor, carbohydrate-responsive element-binding protein (ChREBP), which senses simple sugars and responds by activating cellular gene expression programs. Observations that fructose potently activates ChREBP in rodent livers and that ChREBP can regulate FGF21 expression suggested to Maratos-Flier and Herman the intriguing hypothesis that fructose ingestion might stimulate production of circulating FGF21 in people.

To test this hypothesis, the researchers, led by first author Jody Dushay, HMS instructor in medicine at Beth Israel Deaconess, recruited 10 lean, healthy study subjects. They first tested the effect of glucose on FGF21 by giving volunteers a drink of 75 grams of glucose and measuring blood levels over the course of five hours. There was no immediate effect on FGF21 levels although modest changes in FGF21 were seen three to four hours later. In contrast, after ingesting 75 grams of fructose, FGF21 levels dramatically increased by an average of 400 percent—within only two hours.

“This tells us that fructose actively regulates FGF21 in humans,” said Maratos-Flier.  “The hormone-like response of FGF21 to fructose ingestion suggests that FGF21 might play an unanticipated role in regulating fructose metabolism. We were totally surprised by this dramatic effect because, to date, there has been no way of assessing the body’s acute metabolic response to fructose ingestion. We haven’t had a simple quick test like we have for glucose.”

Furthermore, she added, the findings demonstrated that the FGF21 response was exaggerated in subjects with metabolic disease, suggesting that either some aspect of fructose metabolism changes during the development of metabolic syndrome and/or there are innate differences in fructose metabolism among individuals and those with an exaggerated FGF21 response to fructose who are predisposed to developing disease.

“For the first time, this provides an avenue for labs everywhere to easily study fructose metabolism in people,” added Herman. “This study provides a foundational observation for further investigation into the genetic and environmental determinants of an individual’s metabolic response to fructose, and this type of knowledge will be essential to develop personalized dietary recommendations as well as pharmacological strategies to prevent and treat cardiometabolic disease.”