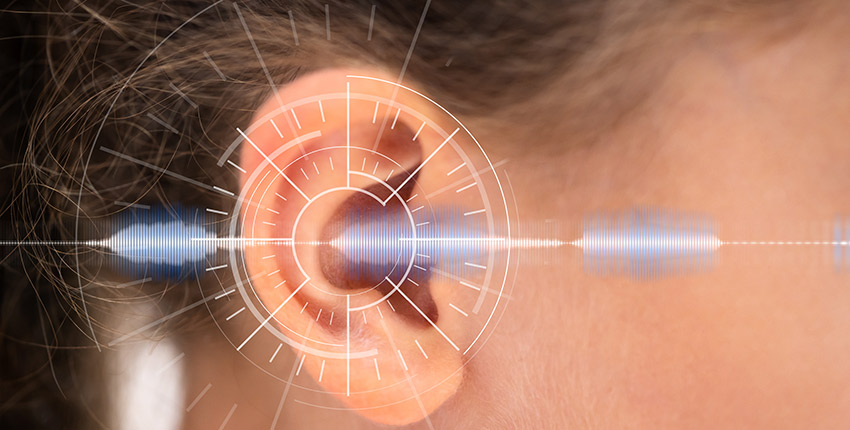 A team of Harvard Medical School scientists at Massachusetts Eye and Ear, led by Albert Edge and Yushi Hayashi, has identified the mechanism that can lead to deafness in the rare syndrome Norrie disease.

The researchers found that the Norrie disease protein (NDP), lacking in patients with the disease, is essential for the maintenance and survival of hair cells in the cochlea, the cells responsible for hearing.

They also found that a pathway believed to be vital for hair cell regeneration, known as the Wnt pathway, could mimic the effects of NDP by restoring hearing in deaf mice with Norrie disease. This method and another technique that overexpressed NDP in nearby cells were both able to prevent and rescue hearing loss.

The new discoveries, published Sept. 28 in PNAS, may lead to promising treatment targets for the incurable disease and other forms of profound hearing loss.

Norrie disease is an inherited disorder caused by more than 100 different mutations in the NDP gene that can lead to blindness, deafness, and intellectual disability in males. While infants with Norrie disease are born blind, their hearing is typically normal at birth and progressively deteriorates to profound loss by an average age of 12 years. The hearing loss can be particularly devastating for families with an affected child.

Previously, researchers thought that vascular issues caused by Norrie disease are what led to vision and hearing loss. However, the new findings suggest a lack of NDP is what causes hair cells to deteriorate and ultimately leads to deafness.

By learning more about the role of this protein in hair cell loss, the researchers were able to target two pathways that effectively prevented and reversed hearing loss in mouse models with Norrie disease.

“Before, little had been understood about what causes children with Norrie disease to lose their hearing,” said Edge, the Eaton-Peabody Professor of Otolaryngology Head and Neck Surgery at HMS and Mass Eye and Ear. “Through our research, we’ve identified potential pathways for future treatments to prevent the hearing loss. These findings may also have implications for more common forms of permanent hearing loss.”

New clues about a little-known condition

To better understand the role of the NDP gene, the researchers utilized knockout mice that lacked the gene. They found that these mice had abnormalities in their cochlear hair cells, which died between birth and 2 months of age, corresponding with the time course of progressive deafness.

The researchers then took a closer look at the pathology of the NDP knockout mice. By analyzing expression of genes downstream of NDP, the researchers found that NDP controls a network of transcriptional regulators required for maturation and maintenance of cochlear hair cells. They concluded that a lack of NDP affects hair cell development; the hair cells appear normal at birth but as they mature, some of them die and others have faulty expression of proteins. This could explain why children with the disease lose their hearing at later ages, sometimes as early as 7 years old.

After better understanding the pathology, they tested two rescue models to restore hearing loss in the knockout mice. First, they stimulated the Wnt signaling pathway, which they had previously found to be important for hair cell regeneration. They did this by overexpressing a molecule called β-catenin in the newborn genetic knockout mice, which replicated the effects of NDP on hair cells and resulted in normal hearing. This result points to the Wnt signaling pathway as one possible treatment modality.

The other method they used was overexpressing NDP in cells adjacent to the hair cells so that these supporting cells would secrete NDP into the area surrounding the hair cells. Once those cells secreted NDP, the protein bound to the hair cells, which restored normal function and rescued deafness in the mice.

“Those two methods respectively point to potential treatments that we are planning to the test in future studies,” said Hayashi, HMS research fellow in otolaryngology head and neck surgery at Mass Eye and Ear.

Implications for other forms of hearing loss

Future studies will test potential treatments at different ages and disease stages in animal models. Gene therapy and other medications may be used as methodologies to stimulate hearing rescue.

The new findings can have implications for studying treatments for Norrie disease, which currently lacks a cure. Typically, Norrie disease is diagnosed when a child is born blind; thus, if a therapy for hearing loss in Norrie disease were available, it should be possible to initiate treatment before its onset.

The findings may also have implications for other forms of hearing loss resulting in cochlear hair cell death. Currently there is no way to rescue and reverse hair cell death in humans. Edge and colleagues have been looking at other ways to spur the Wnt signaling pathway to regenerate hair cells and these findings may contribute to that work.

“There are a number of implications of this work, one that clearly NDP is a part of the overall picture of Wnt signaling in the normal ear,” said Edge, a principal investigator in the Eaton-Peabody Laboratories at Mass Eye and Ear. “While that work is very early and experimental, this new study strengthens our hypothesis that Wnt signaling is important for regenerating hair cells.”