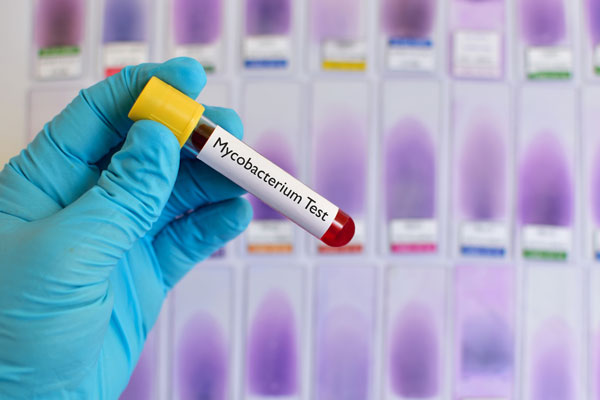 Novel molecular tests are gaining popularity as a rapid way to detect genetic mutations that render tuberculosis impervious to drugs. Yet, how well these new tests fare in gauging risk of actual drug failure and patient death has remained unclear.

Now, research led by scientists at Harvard Medical School reveals that when it comes to predicting response to treatment and risk of dying, molecular tests that detect resistance to a class of TB drugs known as fluoroquinolones may be as good, and even superior, to traditional drug-sensitivity tests conducted in lab cultures.

The findings of the research are published Aug. 3 in Clinical Infectious Diseases.

However, while these tests can reveal the presence of a genetic mutation within hours, their predictive accuracy in terms of treatment outcomes has not been well established.

Past research has indicated that molecular tests may fail to detect resistance mutations in more than 30 percent of strains insensitive to the drug moxifloxacin, which has fueled anxiety about their reliability as resistance detectors.

“However, our results should provide reassuring evidence that molecular tests, which are faster in detecting resistance mutations, are just as reliable, if not better, in predicting overall treatment outcome as a result of such resistance-causing gene alterations in patients who fail treatment with fluoroquinolones.”

The researchers caution their study was relatively small—171 patients—and further research is needed to tease out the predictive accuracy of molecular versus standard lab tests in other forms of drug-resistant TB.

However, the researchers added, the data provide compelling early evidence that molecular tests could soon become a mainstay—and a much faster alternative to traditional testing—in informing drug choice and predicting the clinical course of a patient’s infection.

“Our findings also affirm the importance that patients with fluoroquinolone-resistant TB—whether it’s detected by molecular or culture-based tests—need drug regimens that reflect that diagnosis,” she said.

Using cough secretion samples from 171 patients in Lima, Peru, diagnosed with drug-resistant TB and receiving individualized treatment regiments, researchers compared the performance of molecular tests against traditional culture-based testing in detecting resistance to fluoroquinolones, a class of drugs critical for treating multidrug and extensively drug-resistant forms of the disease.

Multi-drug resistant TB is defined as disease that does not respond to at least two of the first-line drugs used to treat the infection.

Extensively drug-resistant TB is infection that fails to respond to first-line therapies and drugs used as second-line of defense.

Of the 171 samples, 44 carried a genetic mutation known to render TB resistant to one of several fluoroquinolone drugs.

There were no meaningful differences in outcomes between patients with intermediate mutations and those with none, the analysis showed.

Next, researchers compared how well molecular fared in the context of specific medications within the fluoroquinolone family. Molecular sequencing outperformed standard drug-sensitivity testing among patients whose disease was resistant to ciprofloxacin.

Molecular sequencing was an equally accurate predictor of treatment failure for two other fluoroquinolone drugs—levofloxacin and moxifloxacin.

To eliminate the chance that factors other than the type of test being used would influence the results, the researchers also analyzed individual patient treatment regimens, disease severity, the presence of other diseases, smoking and nutritional status, and previous TB treatment, among other characteristics.

The work was supported by the Harvard University Center for AIDS Research (CFAR), a National Institutes of Health-funded program under grant number P30 AI060354, with additional support from the NIH BD2K initiative under grant K01 ES026835; by the Parker B. Francis Fellowship and by NIH grants R01 AI119037 and U19-AI109755.