Do Democratic and Republican doctors treat patients differently at the end of life? 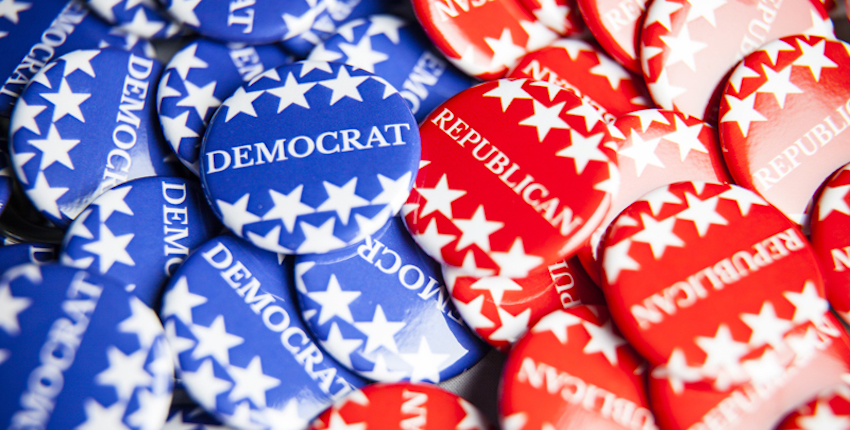 The divide that separates conservative and liberal values may be as wide now as it has ever been in our country. This divide shows itself in areas of everyday life, and health care is no exception.

But do doctors’ political beliefs influence the way they practice medicine, choose therapies and treat patients?

Which treatments and how much care to provide at the end of a patient’s life has been a notoriously contentious question in medicine. However, a physician’s party affiliation appears to have no bearing on clinical decisions in the care of terminally ill patients at the end of life, according to a new study led by researchers at Harvard Medical School.

Previous research has looked at the role of physicians’ personal beliefs in hypothetical scenarios. Results of the new study, believed to be the first to look at how doctors behave in real-life clinical practice, were published April 11 in The BMJ.

For this new analysis, Anupam Jena, the Ruth L. Newhouse Associate Professor of Health Care Policy at Harvard Medical School and an internist at Massachusetts General Hospital, teamed up with colleagues from Columbia University, Cornell University, Stanford University and New York University to compare the end-of-life care and treatment patterns of doctors with different political affiliations.

Despite the dramatic rhetorical differences among members of the two parties on end-of-life care, the researchers found no evidence that a physician’s political affiliation influenced decisions on how much and what kind of care to offer their terminally ill patients.

“Our findings are reassuring evidence that the political and ideological opinions of physicians don’t seem to have any discernible impact on how they care for patients at the end of life,” Jena said. “Physicians seem to be able to look past their politics to determine the best care for each patient’s individual situation.”

A 2016 study in the Proceedings of the National Academy of Sciences suggested that physicians’ personal beliefs on politically controversial health care issues like abortion, gun safety and birth control were linked to differences in how they delivered care. That earlier study was based on surveys that combined questions about political opinions with questions about how a physician would react in hypothetical clinical scenarios.

In the new study, researchers compared clinical treatment data from nearly 1.5 million Medicare beneficiaries who died in the hospital or shortly after discharge against data from the Federal Election Commission on the patients’ attending physicians’ political contributions. The investigators looked for differences in treatment patterns among doctors who donated to either party or to no party. Comparing physicians working within the same hospital to account for any regional variations in end-of-life care, the researchers found no differences between the groups in end-of-life spending, use of intensive resuscitation or life-sustaining interventions such as intubation or feeding tubes or in how likely they were to refer their patients to hospice.

Jena and colleagues say that further study is needed to determine whether decisions about other politically controversial health care and medical issues might break down along party lines.