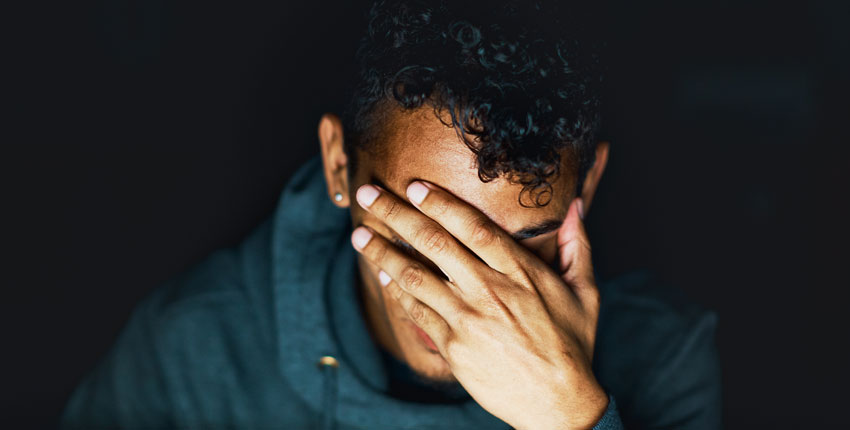 Beyond causing a staggering number of infections and deaths, the COVID-19 pandemic has also led to significant social and economic disruptions for a large swath of the world’s population. Since the start of the pandemic, the severity and prevalence of symptoms of psychological distress, fatigue, brain fog, and other conditions have increased considerably in the United States, including among people who have not been infected with SARS-CoV-2.

Preliminary research suggests that for some uninfected individuals, societal and lifestyle disruptions during the COVID-19 pandemic may have triggered brain inflammation that could affect mental health. The new study, led by investigators at Harvard Medical School and Massachusetts General Hospital, was recently published in Brain, Behavior, and Immunity.

The team set out to obtain a better understanding of how pandemic-related stress has affected the brain and mental health. To this end, the researchers analyzed brain-imaging data, blood samples, and behavioral tests from people not infected with SARS-CoV-2. The information was gathered from 57 people before lockdowns and/or stay-at-home measures were implemented to limit the virus’s spread, and from 15 people after such measures were put in place.

Brain imaging revealed that people tested after pandemic restrictions had elevated levels of two markers of neuroinflammation—translocator protein and myoinositol—compared with those tested prior to restrictions.  Blood levels of two inflammatory markers—interleukin-16 and monocyte chemoattractant protein-1—were also elevated after restrictions, although to a lesser extent.

“While COVID-19 research has seen an explosion in the literature, the impact of pandemic-related societal and lifestyle disruptions on brain health among the uninfected has remained underexplored,” said lead author Ludovica Brusaferri, HMS postdoctoral research fellow in radiology at Mass General. The study is “an example of how the pandemic has impacted human health beyond the effects directly caused by the virus itself.”

Senior author Marco Loggia, HMS associate professor of radiology at Mass General, said that acknowledging the possible role of neuroinflammation in the symptoms experienced by many during the pandemic might point to strategies to reduce them: “For instance, behavioral or pharmacological interventions that are thought to reduce inflammation—such as exercise and certain medications—might turn out to be helpful as a means of reducing these vexing symptoms.”

Loggia added that the findings further support the notion that stressful events might be accompanied by brain inflammation. “This could have important implications for developing interventions for a broad number of stress-related disorders,” he said. The authors noted, however, that the findings are preliminary, and thus additional studies are needed to confirm and build on the results.

Funding was provided by the National Institutes of Health and The Landreth Family Foundation.