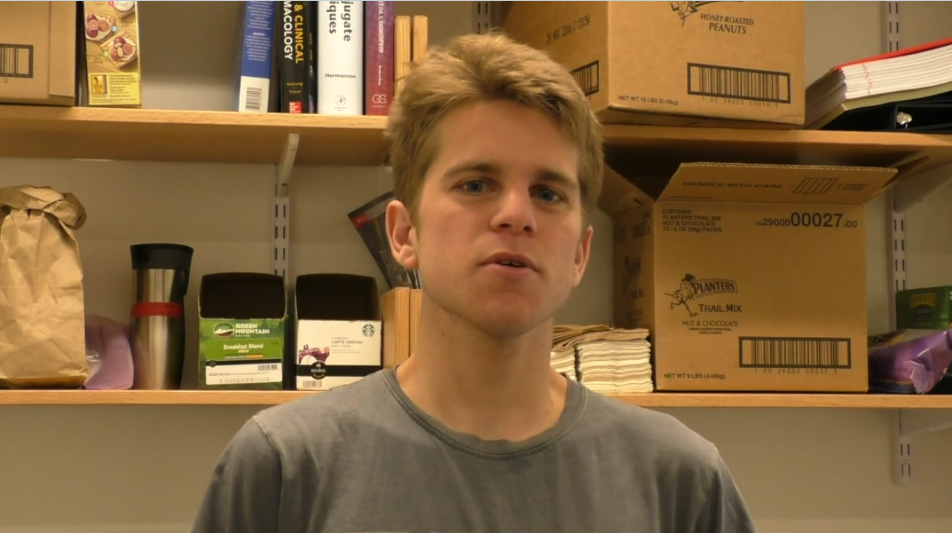 HMS graduate student and first author Hayden Schmidt describes the strange characteristics of the structure of the sigma-1 receptor, which has been linked to neurodegenerative diseases. Video: Stephanie Dutchen

Sigma-1 isn’t genetically related to any other protein in the human body.

In the last decade, it’s been linked to neurodegenerative diseases, addiction and pain. Yet researchers know almost nothing about what it looks like or how it works.

Now, a team led by Harvard Medical School biochemists has determined sigma-1’s atomic structure, offering explanations for some of its mysteries and opening the door to examining its potential as a drug target.

“We know this receptor is important. It’s very highly conserved evolutionarily across vertebrates; it’s involved in human disease; it has pharmacological cross-reactivity against a lot of known drugs. But it’s been a black box,” said Andrew Kruse, assistant professor of biological chemistry and molecular pharmacology at HMS and senior author of the study, published April 4 in Nature.

“Having the structure not only explains a lot of the older pharmacology literature, it also allows us to design much more intelligent experiments to figure out how sigma-1 works at a basic level and potentially exploit it for clinical applications,” he said.

Sigma-1 was discovered 40 years ago. As its documented roles in pharmacology grew more bizarre and its connections to human disease strengthened, understanding its structure became more pressing. But studying receptors like sigma-1 that live in oily, water-repelling cell membranes is challenging.

The team solved the problem by using a special technique called lipidic cubic phase crystallography, which allowed them to crystallize sigma-1 while it was embedded in a membrane mimicking its natural environment. The technique is popular for studying G protein-coupled receptors, a focus of Kruse’s lab, and is being adopted more widely, he said. 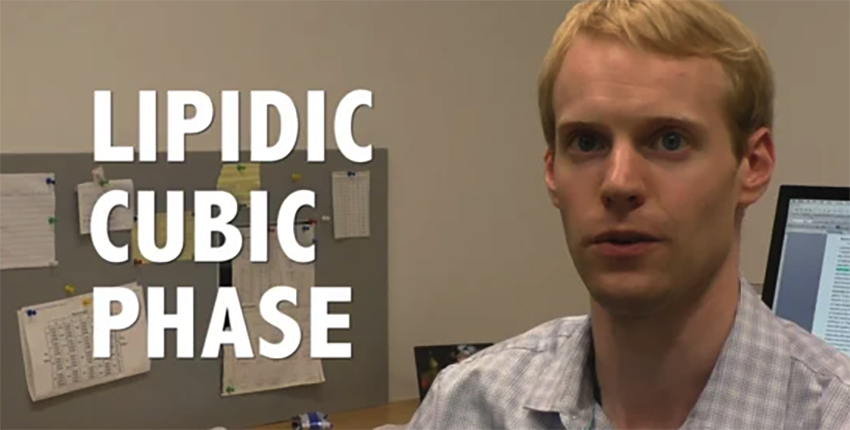 When its atoms were laid bare, sigma-1 had several surprises in store.

“It looks a lot different from what it was supposed to look like,” said Hayden Schmidt, a graduate student in the Kruse lab who is co-first author of the study along with Sanduo Zheng, a postdoctoral fellow in the Kruse lab.

First, although researchers recently predicted that sigma-1’s body crossed the endoplasmic reticulum membrane twice, it turned out to pass through only once.

Second, sigma-1 has a “strange triangular fold,” said Kruse, a trimeric structure consisting of three identical copies of itself.

And third, it docks unusually “half in and half out” of the membrane, rather than being completely embedded within it or floating in the cytoplasm.

“It’s unlike any other protein structure we’ve ever seen,” said Kruse.

The researchers captured sigma-1’s structure when it was bound to each of two different drug-like compounds so they could study how the receptor binds to various molecules. They were particularly interested in understanding why sigma-1 engages in “remarkably promiscuous” attachments within the body, often binding to drugs—such as the antipsychotic haloperidol and the cough suppressant dextromethorphan—that are intended for other receptors.

The answer started to become clear when they found that sigma-1 has a fairly non-discriminating binding pocket. The authors suggest that molecules that seem to prefer sigma-1 simply don’t bind well to more discerning receptors.

Structural details also illuminated why a single mutation in sigma-1 causes the receptor to aggregate in cells and lead to a rare inherited form of juvenile-onset amyotrophic lateral sclerosis (ALS): the mutation loses a single negative charge, disrupting hydrogen bonds within the receptor.

“You wouldn’t normally expect such a small change to lead to a total loss of function, but it causes a complete destabilization and severe disease,” said Kruse.

“It was exciting to work on something so poorly understood,” added Schmidt. “Everything we learned is new.”

This work was supported by departmental startup funds, a National Institutes of Health Cellular and Developmental Biology training grant (T32GM007226) and a Merck Postdoctoral Fellowship in Biological Chemistry and Molecular Pharmacology.