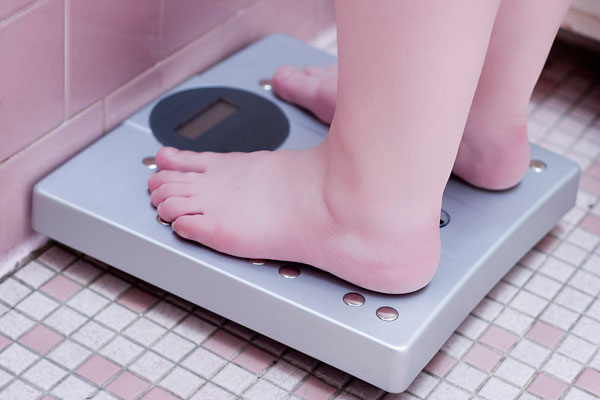 Harvard Medical School investigators at Massachusetts General Hospital, leading an international collaboration, may have uncovered a novel mechanism behind the ability of obesity to promote cancer progression.

In a report published online in the journal Clinical Cancer Research, the research team describes finding an association between obesity and an overabundance of a factor called PlGF (placental growth factor). The researchers also found that PlGF’s binding to its receptor VEGFR-1, which is expressed on immune cells within tumors, promotes tumor progression. These findings in cellular and animal models, as well as in patient tumor samples, indicate that targeting the PlGF/ VEGFR-1 pathway may be particularly effective in obese patients.

“We found that obesity increased infiltration of tumor-promoting immune cells and the growth and metastasis of pancreatic cancers,” said Dai Fukumura, HMS associate professor of radiation oncology at Mass General and the study's co-senior author. “Blocking VEGFR-1 signaling shifted the immune environment towards prevention of tumor progression in obese but not in lean mice in both pancreatic and breast cancer models. We also found that PlGF was present in excess in obesity and that reduction of PlGF produced similar results to VEGFR-1 inhibition in the tumors of obese mice.”

The study focused on the effects of obesity on pancreatic and breast cancer, since more than half of those diagnosed with such tumors are overweight or obese. In addition, a number of large-scale studies have found that obesity leads to an increased risk of death in pancreatic, breast and other types of cancer. But prior to the current study the mechanism of obesity-induced pancreatic and breast cancer progression was unclear.

The researchers first found that obesity was associated with increased tumor inflammation and infiltration with immunosuppressive tumor-associated macrophages. They discovered that targeting VEGFR-1 could affect the activity of tumor-associated macrophages, alter the immunosuppressive tumor environment and prevent acceleration of tumor growth in obese mice, a result that reflects the overexpression in obesity of PlGF, a molecule that binds to VEGFR-1.

They also found that targeting the PlGF/VEGFR-1 interaction prevents weight gain in a genetically obese mouse model but worsens a diabetes-like condition, a worsening that was alleviated by use of the common diabetes drug metformin, which also had beneficial antitumor effects.

“With the majority of pancreatic and breast cancer patients being overweight or obese at diagnosis, uncovering potential therapeutic targets within the mechanisms that associate obesity with poor cancer prognoses is the first step towards developing remedies that could disrupt this association and significantly improve patient outcome,” said co-senior author Rakesh Jain, the HMS A. Werk Cook Professor of Radiation Oncology (Tumor Biology) at Mass General and director of the Steele Laboratory. “The fact that this new mechanism underlies obesity’s impact on two types of cancer suggests that it may be a common mechanism of tumor induction that could apply to other cancer types.”

The work was supported by National Institutes of Health grants R35-CA197743, CA080124, CA085140, CA096915, CA115767 and CA126642; Department of Defense Breast Cancer Research Innovator Award W81XWH-10-1-0016; and grants from the Lustgarten Foundation; the Andrew L. Warshaw, MD, Institute for Pancreatic Cancer Research; and the Foundation for Science and Technology of Portugal.