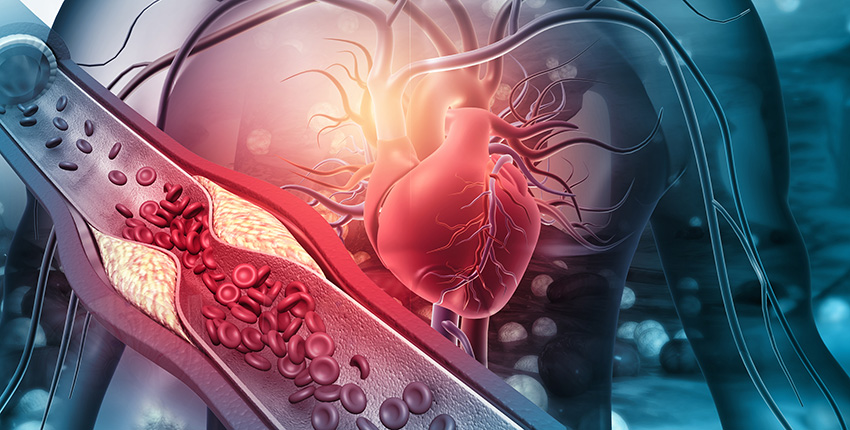 Heart disease deaths have declined among older people, but the trend is less encouraging among younger people, particularly women. Indeed, research suggests that heart disease and death rates from heart disease in these younger groups have remained unchanged or have even gone up slightly.

To understand which factors put younger individuals at higher risk of premature coronary heart disease (CHD), Harvard Medical School researchers at Brigham and Women’s Hospital and colleagues at the Mayo Clinic analyzed more than 50 risk factors in 28,024 women who participated in the decades-long Women’s Health Study.

The analysis, published Jan. 20 in JAMA Cardiology, found that women younger than 55 with type 2 diabetes faced a tenfold risk of developing CHD over two decades, compared with women without diabetes.

One biomarker emerged as a potent predictor for heart disease risk—lipoprotein insulin resistance (LIPR), which uses the size and concentration of lipid particles in the blood as a gauge for the body’s ability to respond to insulin and process sugar.

“We’re going to see, unfortunately, younger and younger people having heart attacks,” said study corresponding author Samia Mora, HMS associate professor of medicine and director of the Center for Lipid Metabolomics in the Divisions of Preventive and Cardiovascular Medicine at Brigham and Women’s. “When a younger individual has a cardiovascular event, it will affect their quality of life going forward, their productivity, and their contribution to society.”

“Women under 55 who have obesity had about a fourfold increased risk for coronary events, as did women in that age group who smoked or had hypertension,” Mora said. “Physical inactivity and family history are all part of the picture as well.”

The study findings underscore the need for maintaining optimal heart health through lifestyle prevention rather than through medical intervention, the researchers said.

“Prevention is better than cure, and many risk factors for heart disease are preventable. This study shows the impact that lifestyle has on heart health in women of all ages, and younger women in particular,” said Sagar Dugani, a hospital internal medicine practitioner at the Mayo Clinic and co-first author of the study.

The researchers acknowledged the study is limited in its generalizability. Beyond its focus on women, who have been shown to have worse outcomes after premature cardiac events than men, more than 95 percent of the study participants were white. According to Mora, findings could be even more dramatic in ethnic and racial groups that have a greater prevalence of metabolic syndrome, insulin resistance, and diabetes, among other risk factors.

“Diabetes is mostly preventable, but it’s a systems-wide problem, and we urgently need further research into new strategies to address it,” Mora said. “These could be innovative lifestyle-based strategies, like community efforts, greater public health efforts, ways to medically target metabolic pathways, or new surgical approaches.”

With the prevalence of diabetes and its associated risk factors increasing dramatically, and affecting more women than men, the researchers emphasize the urgency of developing effective interventions.

“We need new strategies to improve outcomes in these younger individuals and address the risk of diabetes, because we’re only seeing the beginning of this epidemic now,” said Mora.