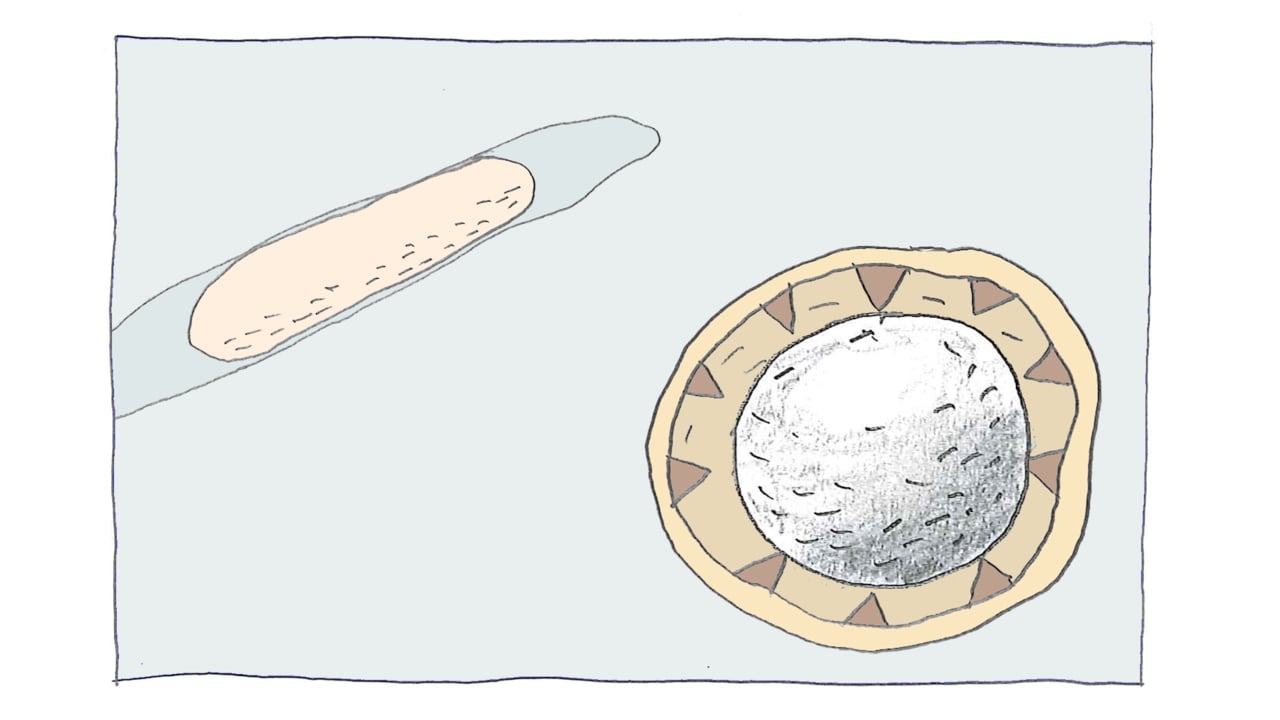 Artist’s representation of how the silver nanoparticles are made. Animation: Rick Groleau

The new technique from the laboratory of Pamela Silver, described in ACS Synthetic Biology on June 17, reengineers bacterial capsules to absorb silver ions that form 13- to 15-nanometer-wide spheres of elemental silver under ambient environmental conditions.

Silver nanoparticles are used in everything from photovoltaic cells to paints to molecular diagnostics. Their antimicrobial properties have made them a popular choice for coating wound dressings, biomedical devices and even clothes.

Making these nanoparticles, however, typically requires solvents and other agents as well as high temperatures and pressures. These are avoided in the new method, which saves additional energy over artificial production because the bacteria are self-replicating and only need sugar as an energy source.

The nanoparticles fill a niche because their size is hard to achieve through chemistry, the authors said. They’re also stable for long periods of time.

“Traditionally, synthetic biology has been very good at making organics—either protein drugs or small organic molecules like antibiotics,” said first author Tobias Giessen, research fellow in systems biology in the Silver lab. “Now the field is starting to be capable of using biology to make functional inorganic materials, such as these nanoparticles that can fight infection.”

“It’s exciting when somebody can puzzle out how to draw something unique from nature and engineer it into something interesting and useful, like Tobi has done here,” said Silver, the Elliott T. and Onie H. Adams Professor of Biochemistry and Systems Biology at HMS and a founding core faculty member of the Wyss.

“This is one example of what we think will be a large class of different kinds of particles,” said Silver.

Silver and Giessen started with an encapsulation system found in the hot spring- and hydrothermal vent-dwelling bacterium Thermotoga maritima. In the wild, the capsules, which are hollow spheres with protein shells, trap iron. The researchers changed the gene for the capsules so they would trap silver instead.

The team inserted the new genetic code into Escherichia coli and let the bacteria serve as factories for the modified capsules.

Silver and Giessen then harvested the capsules and placed them in a solution of silver salts. The silver ions precipitated bit by bit inside the capsules until they filled with solid silver spheres.

Because the capsules were about the same size, the nanoparticles they enclosed were, too.

“If this were going to be used as a drug, it would be important to have a uniform, reproducible size,” said Silver.

The researchers soaked paper discs in the nanoparticles and tested them on five different species of bacteria, including four known human pathogens.

The nanoparticles showed antimicrobial activity against all five species. In fact, the researchers said, they appeared to be more effective than commercially produced silver nanoparticles and silver nitrate solution. The new nanoparticles worked especially well against Pseudomonas aeruginosa, a common cause of infections in hospital patients and people with weakened immune systems.

How the nanoparticles work is only partially understood.

“Any chunk of elemental silver metal will leak silver ions, and that’s what is actually toxic to the bacteria,” said Giessen. “But there may be some size-dependent toxicity as well. For instance, silver nanoparticles smaller than 20 nanometers seem to have greater antimicrobial effects, and that can’t solely be explained by the release of these ions.”

Although Silver hopes the nanoparticles will be put to broad use, including for the treatment of topical infections, she sees even greater potential for the method her lab used to make them.

“Biology gives us a fairly rapid way to vary the properties of a wider spectrum of particles than you might be able to generate through chemistry,” Silver said. “You can imagine taking this class of encapsulin proteins and engineering them to do lots of different things.”

“I enjoy discovery science, and this project has allowed me to delve deeper into the genomes of bacteria and Archaea and discover various interesting encapsulin systems that, as we found out, have many implications for these organisms’ physiology and ecology,” added Giessen. “At the same time, it’s exciting that the compartments directly lend themselves to various applications.”