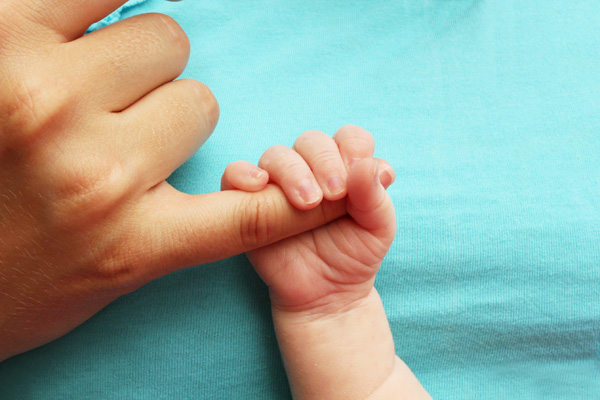 Scientists have long known that infants born to women who are obese show higher risks of obesity, but they don't fully understand what boosts those risks.

Such findings may help to pave the way toward improved health care, both before and after birth, for children at heightened risk of obesity, said Elvira Isganaitis, HMS instructor in pediatrics at Joslin and corresponding author on a paper about the work published in the International Journal of Obesity.

The Joslin study also suggests that the increased risks of obesity may be driven by boosted levels of certain lipids (fats and other substances that are not soluble in water) in the maternal blood that flows through the umbilical cord, said Isganaitis.

Suzana Maria Ramos Costa, of Joslin and the Federal University of Pernambuco in Recife, Brazil, is co-first author on the paper. She began the research by gathering umbilical cords after birth from healthy Brazilian women without diabetes. For the study Costa recruited 24 overweight or obese women (those with a body mass index over 25 before pregnancy) and 13 women who were not overweight.

The scientists collected umbilical cells from the vein that carries oxygen and other nutrients from the placenta to the embryo. "These samples give a window into the nutrients and metabolites that are coming from the mom into the infant," said Isganaitis.

The Joslin team discovered that in these cells, increased obesity in the mothers correlated with lower expression of genes regulating mitochondria (which act as the cell's powerhouses) and of other genes regulating the production and metabolism of lipids.

"This suggests that already at birth there are detectable metabolic perturbations resulting from maternal obesity."—Elvira Isganaitis

"This suggests that already at birth there are detectable metabolic perturbations resulting from maternal obesity," Isganaitis said.

Changes in these cells were similar to some known to occur in obesity, insulin resistance and type 2 diabetes, she added.

When the researchers followed up by analyzing fetal blood from the umbilical cord vein, "we found that the infants of obese mothers had significantly higher levels of many lipids that are known to be metabolically deleterious, like saturated fatty acids," Isganaitis said. Fat tissues in the obese mothers may shed fatty acids that make their way into the fetal blood and create a kind of "fuel overload" for the embryo, she said.

Isganaitis and her colleagues will carry out further research on umbilical cells and blood among Boston newborns to see if the study results are confirmed in this population. She also plans similar analyses for children born to mothers who have either gestational diabetes or type 1 diabetes.

Additionally, Isganaitis is examining how such prenatal exposures may encourage certain stem cells found in umbilical cords, which can differentiate into various types of tissues, to preferentially turn into fat cells.

She hopes that eventually it will be possible to use blood markers to identify embryos at risk for obesity or related conditions such as type 2 diabetes, and to follow up with suitable medical interventions.

"If we could come up with tailored interventions, if we could say take this vitamin, exercise regularly and you can minimize obesity or diabetes risk in your child, I'm sure mothers would do it."—Elvira Isganaitis

"Pregnant women engage often with their health care providers, and you can really tap into their motivation," she said. "If we could come up with tailored interventions, if we could say take this vitamin, exercise regularly and you can minimize obesity or diabetes risk in your child, I'm sure mothers would do it."

Isganaitis added that mothers and health care providers also could carefully monitor the growth patterns and nutrition of children at risk of obesity, both in the first two years of life and afterwards.

"Your risk of chronic diseases isn't set in stone at birth,” she said. “There are many different periods in which your lifelong disease risk can be modulated."