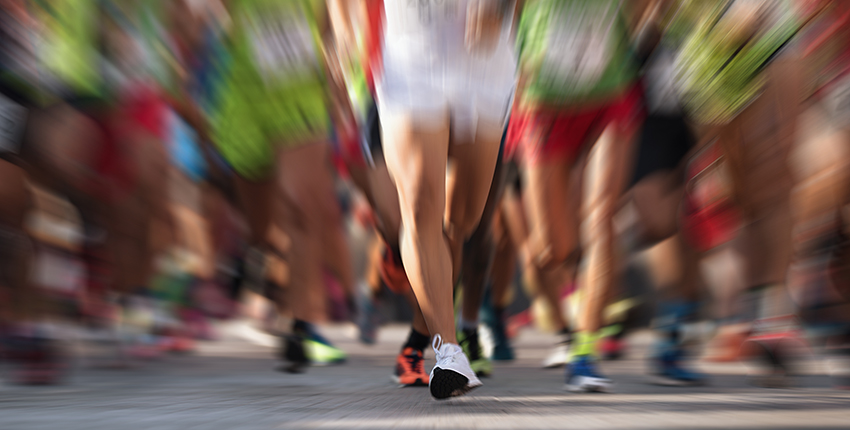 New research has identified a bacterium residing in the microbiomes of elite athletes that improves exercise capacity in mice.

The bacterium, a member of the genus Veillonella, was found in lower amounts in the guts of sedentary people.

In their study, researchers from Harvard Medical School, Joslin Diabetes Center and the Wyss Institute for Biologically Inspired Engineering determined that the organism, Veillonella atypica, metabolizes lactic acid produced by exercise and converts it into propionate, a short-chain fatty acid that boosted exercise tolerance in lab mice.

The results were published June 24 in Nature Medicine.

The study was small, involving only 25 people; it is not yet clear how well the findings reflect larger populations.

In addition, more work needs to be done to determine whether the bacterium alone caused the improvement in exercise capacity and, if so, whether it has a similar effect in humans.

If the results pan out, the researchers say their discovery could set the stage for exploring new ways to boost people’s ability to engage in exercise.

“Having increased exercise capacity is a strong predictor of overall health and longevity and provides protection against cardiovascular disease, type 2 diabetes and other diseases,” said Aleksandar Kostic, HMS assistant professor of microbiology at Joslin and co-senior author on the paper. “Knowing that the microbiome is a powerful influencer of health and metabolism, our findings could inform therapeutic interventions that boost exercise capacity in people.”

The work began in 2015 with fecal samples from 15 Boston Marathon runners.

The study’s co-first author, Jonathan Scheiman, then a researcher in the lab of HMS geneticist and study co-senior author George Church, the Robert Winthrop Professor of Genetics at HMS, collected the samples during the week before the marathon and the week after. He also collected samples from 10 sedentary individuals.

Scheiman—who along with Church is the co-founder of a microbiome biotechnology company—brought the samples to Kostic, who analyzed them to determine the bacterial composition in both cohorts. One microbe stood out.

“One of the things that immediately caught our attention was this single organism, Veillonella, that was clearly enriched in abundance immediately after the marathon in the runners,” Kostic said.

Veillonella was also present at higher levels in the marathon runners, even before the race, than it was in the sedentary individuals, the analysis showed.

To better understand the link between the bacterium and improved exercise capacity, the researchers introduced V. atypica into the guts of mice and measured their long-distance performance on a treadmill.

Mice that were given the bacterium had a marked increase in exercise endurance—13 percent longer run times per week, on average, than mice given another, more commonly found bacterium. Mice pre-treated with V. atypica also had lower blood levels of inflammatory chemicals after the exercise, compared with peers in the control group.

The researchers found no differences in muscle physiology between the two groups, as measured by levels of a chemical that transports sugar to muscles during exercise.

Having established that the bacterium boosted exercise performance, the researchers next had to figure out how.

“As we dug into the details of Veillonella, what we found was that it is relatively unique in the human microbiome in that it uses lactate or lactic acid as its sole carbon source,” Kostic said.

Lactic acid is produced by muscles during strenuous exercise. Veillonella bacteria are able to use this exercise by-product as their main food source.

“Our immediate hypothesis was that it worked as a metabolic sink to remove lactate from the system, the idea being that lactate build-up in the muscles creates fatigue,” Kostic said.
However, in talking to experts in exercise physiology, Kostic and team found out the hypothesis that lactate buildup causes fatigue has fallen out of favor.
“It caused us to rethink the mechanism of how this is happening,” Kostic said.

Kostic and his team returned to the lab and performed a metagenomic analysis, tracking the gene expression of all organisms in the microbiome community to determine the effects of Veillonella’s metabolism of lactic acid.

The analysis showed that enzymes associated with conversion of lactic acid into propionate were much more abundant after exercise. Could propionate be behind the increased exercise capacity?

Taken together, the findings offer a “proof of mechanism” behind V. atypica’s ability to boost athletic performance in mice and, potentially, in humans.

Next, Kostic and his team plan to collaborate with others to investigate the mechanisms of propionate’s effects on exercise capacity.

Scheiman and Church are co-founders of FitBiomics, a microbiome biotechnology company targeted at athletes. Scheiman, Church and Kostic hold equity in Fitbiomics, Inc.