Why MS symptoms may improve as the days get shorter 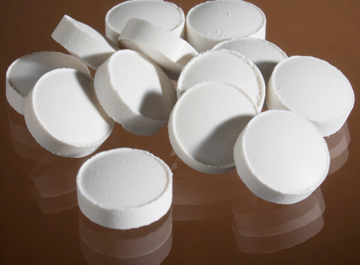 For patients and clinicians alike, it’s long been a mystery: why do symptoms of multiple sclerosis seem to get better in the winter and worse in the summer? A group led by Francisco Quintana, Harvard Medical School associate professor of neurology at Brigham and Women’s Hospital, and collaborators have found an explanation that could lead to a deeper understanding of the disease and more targeted treatment options for patients. By first looking broadly at possible environmental factors and then deeply at preclinical models of MS, the research team found that melatonin—a hormone involved in regulating a person’s sleep-wake cycle—may influence MS disease activity. The team reports its findings this week in Cell.

The researchers caution that this work does not mean MS patients should start taking supplements of melatonin, an imperfect drug. Instead, this new approach, which takes its lead from environmental observations, can be seen as a first step toward better and more targeted therapies.

“We know that for multiple sclerosis and most autoimmune diseases, both genetic and environmental factors play an important role, but in the last decade or so, most research has focused only on the genetic side of the equation,” said co-corresponding author Quintana. “But we wanted to see what environmental factors would reveal to us about this disease. We knew that MS disease activity changed with the seasons. What we’ve uncovered offers an explanation for why that is the case.”

Working closely with colleagues at the Center for Research on Neuroimmunological Diseases at the Raul Carrea Institute for Neurological Research in Argentina, Quintana and his colleagues began by studying patients. The team found that during the fall and winter, the group of 139 relapsing-remitting MS patients they studied experienced a significant improvement in symptoms, a phenomenon that’s been observed in previous studies. The team then explored a variety of environmental factors that have been proposed as possibly linked to MS symptoms, including vitamin D levels, UV incidence and upper respiratory tract infections. But melatonin was the factor consistently associated with severity of MS symptoms. Melatonin levels are known to correlate with day length—during the longer days of the spring and summer, levels are lower and during the shorter days of the fall and winter, levels are higher.

Based on this observation, the team tested this lead in the lab, studying the role that melatonin may play on a cellular level. Using both a mouse model and human cells, they investigated the effects of melatonin on certain types of cells known to play a role in the immune response that leads to MS symptoms. The team found that melatonin affected the roles of two kinds of cells that are important in MS disease progression: pathogenic T cells that directly attack and destroy tissue and regulatory T cells, which are supposed to keep pathogenic T cells in check.

“We found that melatonin has a protective effect,” said Quintana. “It dampens the immune response and helps keep the bad guys—or pathogenic T cells—at bay.”

Although melatonin is available over the counter, it has significant drawbacks, including causing unwanted drowsiness. The team’s goal is to tease apart the molecular mechanisms that underlie melatonin’s role in order to develop targeted nontoxic drugs that are safe and effective with minimal side effects.

“In the future, melatonin or its derivatives may be used in MS patients after appropriate clinical trials are conducted and dosage is established,” said Quintana. “However, extreme caution should be exercised: Our data do not show that melatonin or its analogs are effective in treating MS.”

The team is currently working to establish a pilot clinical trial to study the effects of targeting melatonin signaling in MS patients and to identify additional mechanisms of action.

This work was supported by the Allende Foundation and the MS International Federation Du Pré grant, a grant from Biogen Idec and Novartis Argentina, Merck Serono Argentina, the National Institutes of Health (AI093903 and NS087867), the National Multiple Sclerosis Society (RG4111A1 and JF2161-A-5), and the International Progressive MS Alliance (PA0069).