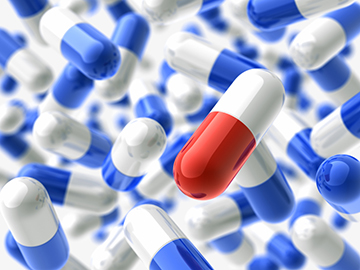 President Obama has proposed the Precision Medicine Initiative, a $215 million effort to help uncover the genetic variations that drive health and disease. The ultimate goal is to translate these findings into better health care based on an individual's unique genetic profile.

First mentioned in his 2015 State of the Union address on Jan. 20 and outlined in more detail in a press conference on Jan. 30, the proposal includes $130 million earmarked for the National Institutes of Health to kick-start the genomic sequencing of 1 million volunteers; $70 million for the NIH's National Cancer Institute to identify additional genomic drivers of cancer and to develop more targeted cancer treatments; $10 million for the U.S. Food and Drug Administration to support the regulation of advances in personalized medicine; and $5 million for the Office of the National Coordinator for Health Information Technology to safeguard data privacy.

Harvard Medicine News talked with personalized medicine specialist and bioethicist Raju Kucherlapati, the Paul C. Cabot Professor of Genetics at HMS and professor of medicine at Brigham and Women's Hospital, about the proposed initiative and about recent advances and future hopes in the field. An abbreviated version of the conversation follows. 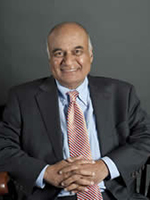 HMS: What is your reaction to the president's announcement?

Kucherlapati: We’ve been working to bring genetics to the clinic for many, many years. I think it’s very exciting that the president recognizes the importance of precision medicine, or personalized medicine.

HMS: Is there anything new in this proposal compared to the research that has been going on?

One approach to try to identify the genetic basis for disease is to look at a collection or a cohort of patients in any particular disease and examine the genetics to see if you can make correlations. In the past, those studies were done piecemeal. People were lucky if they got a cohort of a few thousand patients. [NIH Director] Francis Collins argued it would be great if you could look at very large cohorts. Getting a million-patient cohort gives new life to that idea.

Second, we have already made, and continue to make, lots of exciting discoveries in the genetics of cancer. Now the president highlights that effort. They are trying to make a big push to have personalized therapy for cancer.

The third thing is that this whole idea of personalized medicine is not just about cancer but about all kinds of disorders and how it might influence our thinking about disease as a whole. He gives a vigor to the ongoing efforts.

Kucherlapati: People initially thought so-called association studies could be done with small cohorts, like 1,000 patients and 1,000 controls. Most studies were too small to provide meaningful results. So recently, people have thought about doing meta-analyses and trying to bring many studies together and assemble the data. When you get very large cohorts like that, 200,000 or 300,000 patients and comparable numbers of controls, then new discoveries are made.

Another difficulty is these studies are from different investigators, and everybody does them differently. Having a uniform cohort would be fantastic.

HMS: What makes this particular moment ripe for an initiative like this to be proposed?

Kucherlapati: The last couple of years have seen some dramatic examples of how things are changing in terms of applications of personalized medicine. To name just a few, we now have noninvasive prenatal diagnosis, treatments for melanoma where before there was nothing people could do, and immune therapies for cancer that just a few years ago were a dream. There is an opportunity to develop targeted therapies for many, many disorders because of the genetic knowledge we’re gaining about them.

The question is, how do you catalyze this? The president commenting about this is galvanizing at the national level.

HMS: What do you hope will happen in this field in the near future?

Kucherlapati: This is sort of outside the scientific arena, but if we wish to bring the true fruits of personalized medicine, we need to have businesses fully engaged. If we want to bring precision medicine to the masses, we cannot just do it in a few major hospitals.

The President’s remarks indicate that maybe the regulatory system will be more friendly toward personalized medicine. If that’s the case, then more investment is likely to flow into the system.

In addition to the financial impact, it has emotional impact in that it provides hope for all the people in this country and, essentially, for all of the people in the world, that this is a new field that is really emerging that can change their lives.

Kucherlapati: If a drug is going to be effective only in 10 percent or 20 percent of the population, why would you want to give that drug to all of the patients? The few studies that have been done in this area have revealed that you can save money by identifying early on who is most likely to benefit. This is especially important as drug costs increase at a rapid rate.

HMS: What would or wouldn’t $215 million be able to do to push the field forward?

Kucherlapati: It’s not a lot of money. But given the current set of circumstances, any amount of new money going to the NIH would be welcome. And the fact that the president says this is important enough to ask Congress for this extra amount of money—I think it will loosen up the purse strings from industry and investors and other communities. If that is the case, that would be great.

HMS: What would you say to someone who thinks $215 million is too much for this kind of research?

Kucherlapati: The Human Genome Project was a game changer. But when you are in the middle of everything, you don’t necessarily see that. A lot of people said, “This is a waste of money.” I don’t think anybody would say that today. Similarly, when the Cancer Genome Atlas project started, it had lots of skeptics. Now everybody is using the data it generated.

HMS: Who do you think we have an obligation to transmit all this knowledge and excitement to?

Kucherlapati: Students, interns, residents and even doctors who didn’t learn genetics when they were graduating from medical school. This is our mission. We’re here to educate.

It will take 15 years before the students we are teaching become doctors or scientists of their own and able to get things rolling. So, we need to have a much broader educational effort to educate professionals and the public about the importance of personalized medicine.

Physicians should know it is possible to identify conditions and treat them in a precise way. For the public, it’s very important to be able to say that now all of these options exist.

Many of the technology developments truly are at the cusp of changing health care. I think this could provide even greater impetus for reducing the cost and making people healthier.

HMS: It seems like we’ve been on the cusp for 10 years.

Kucherlapati: I think that was the story right after the genome sequence was obtained. Everybody thought we were going to have results immediately. But science and medicine progress slowly. When you think about all the things that are possible today as compared to how things were 10 years ago, I think it is really remarkable. We’re not done by any means.