A Look at the Future 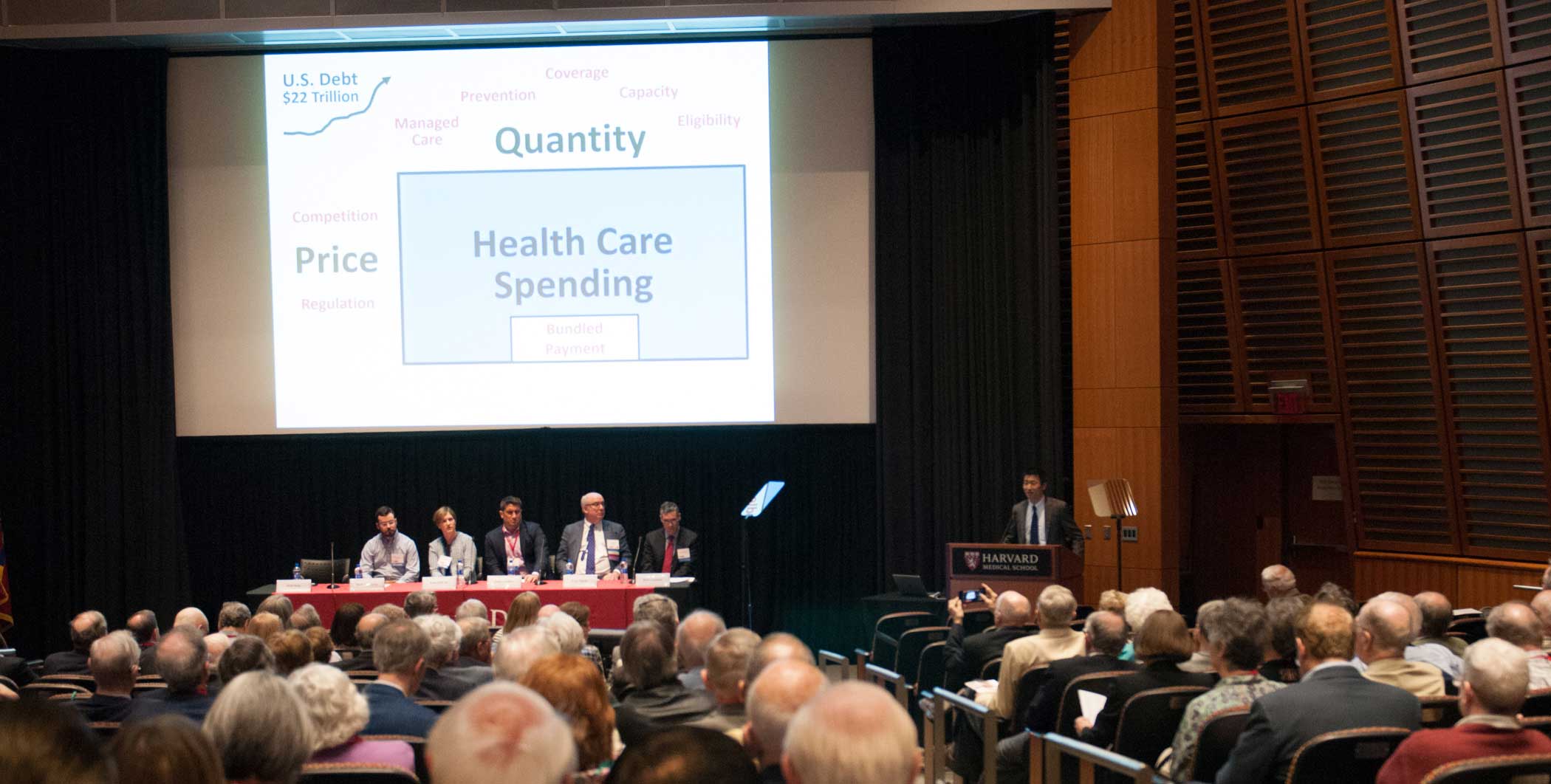 Zirui Song, far right, presents at the podium while other panelists listen.

Computers, electronic health records, artificial intelligence and other technologies uncommon 30 or 40 years ago are now ubiquitous in health care. Rapid, significant changes in medical technology and knowledge can make it seem like solo medical practitioners could soon become a thing of the past.

Yet, one thing has not changed.

Landon was one of six featured speakers at the symposium “Health Care: An Endangered Species?” The program explored current factors affecting medicine and looked at how today’s physicians can manage rising health care costs, burnout, new technologies and the changing nature of provider payments and care delivery.

Zirui Song, assistant professor of health care policy and medicine in the Blavatnik Institute at HMS, outlined the factors contributing to U.S. health care costs that are in the trillions each year. He provided context for some of the challenges facing today’s practitioners, such as which patient groups and types of care should be covered under payment reform systems that may be developed to address care costs and quality.

Mark Friedberg, now a senior physician policy researcher with the RAND Corporation and an HMS assistant professor of medicine, part-time, talked about physician burnout. He described studies indicating that one of the main determinants of professional satisfaction among doctors across a range of specialties is whether they feel they are delivering satisfactory patient care.

Friedberg cited one study where more than 700 physicians across six states were surveyed and a majority stated that their key stress factor—more than payment or pricing issues or the administrative requirements created by electronic health records—was that they were “overwhelmed by the needs of their patients.” If they were able to meet those needs, he said, they generally reported satisfaction with their work.

However, burnout remains a very real issue, he added, and band-aid approaches to ameliorating the problem, such as trying to address symptoms such as stress rather than long-term causes, will not do much to solve the problem.

“Think of the doctors as the canaries in the coal mine,” he said. “If the canary is sick, you don’t think, ‘We need a tougher canary.’”

Friedberg said the key to finding a solution to burnout is to continue to closely monitor and survey both doctors and patients to find out what frustrates or angers both groups.

“That’s a target for better care,” he said.

Improving primary care is the focus of Erin Sullivan’s work. As research and curriculum director at the HMS Center for Primary Care, she has studied how to alleviate physician burnout; increase clinician, staff and patient satisfaction, and improve patient outcomes and quality of care.

Sullivan said a study of Martin’s Point Health Care in Bangor, Maine, where the majority of caregivers and patients reported high satisfaction with the work done and the care received, looked at what led to success in serving the patient population of 4,000.

A similar success story, she said, was found at the Southcentral Foundation in Anchorage, Alaska, which serves a large, mostly rural Native American population, and where many of the health concerns center around domestic problems or abuse. Yet, Sullivan said, more than 96 percent of the population reported patient satisfaction in the care they received.

Again, studies found there were teams of health care practitioners supporting primary care providers, with auxiliary team members, such as dietitians, pharmacists, midwives or behavioral health care providers, also providing reinforcement.  All of the teams included the patients in decision-making processes. This collaborative approach led to a high degree of trust, stability and high-performing teams, she said.

Andrew Ellner, co-founder of the HMS Center for Primary Care, said that he co-founded the company Firefly Health to produce technology to make delivering quality health care easier for physicians and more satisfying for patients.

He said his decision to do so followed a realization he had after many years of practice that he didn’t always need to see patients.

“I felt like I wasn’t just wasting their money but also wasting their time,” he said. “Eighty to 90 percent of my time was spent doing things they didn’t need a doctor to do.”

New technologies, such as tools that let patients provide data and communicate with their health care providers remotely while still getting the attention they need, could curtail unnecessary costs and help practitioners become more efficient, productive and satisfied with their work, he said.

“Doctors should be spending more time making diagnoses and having compassionate interactions with patients,” he said, rather than handling tasks such as gathering data.

“This is going to be a time of huge change but great opportunity,” he said.

He said the digital revolution is already profoundly affecting care, from the impact of electronic health records to the growing development and use of artificial intelligence and machine learning.

Slavin predicted more dramatic changes in the future in the way health care is organized and financed. He said hospitals and health care systems will be needed to provide the resources required to create information systems and other technologies that will enable satisfactory health care in the 21st century.

He added that besides developing tools and hardware, U.S. health care leadership must take a hard look at the social determinants creating an increased demand for health services, such as poverty, gun violence and substance use. He also noted that much of the rise in health care costs can be attributed to catastrophic illnesses.

At the end of the symposium, panelists fielded questions from alumni and guests in the audience. Among the discussions were questions about how to best measure the quality of services delivered, how to build better bridges between teams of physicians and what may be the best approaches to payment reform and the high cost of drugs.

Having the Medicare program negotiate drug prices, said Slavin, is probably “the single best thing we can do.” 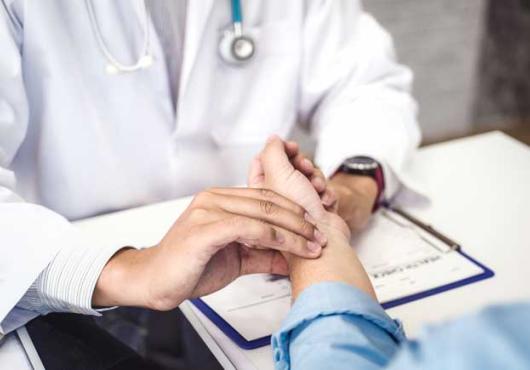